Hello from Washington, where the humid summer heat has led in recent evenings to apocalyptic lightning storms. Donald Trump, meanwhile, has seen fit to resume coronavirus-related press briefings as the death toll climbs to more than 140,000. In Tuesday’s briefing, his first for several months, he warned that the pandemic in the US will “get worse before it gets better”.

Our main bar today is on the “entity list” and its repurposing as a tool for hitting out at forced labour practices (in China, specifically), while our person in the news is Jesús Seade Kuri, the Mexican trade negotiator making a bid for the WTO top job. Our chart of the day looks at Japanese exports of medical supplies.

From Uighurs to clothing companies

US secretary of state Mike Pompeo is in London this week, where he’s held closed-door meetings to try and persuade British politicians to sanction Chinese officials over the oppression and detention of Muslim Uighurs.

Washington has recently become more aggressive on this issue, having previously ignored the problem when it suits them (such as when a trade deal seems possible . . . as we’ve previously written here at Trade Secrets). Last month, Trump said he’d decided putting punitive sanctions on China for its human rights abuses wouldn’t have been very good for the phase-one trade talks, so he didn’t. Also last month, however, the administration sanctioned several top Chinese officials over their involvement in the detention of more than 1m Uighurs.

Things are certainly changing. While the travel itinerary of Washington’s top diplomat made headlines, there were quieter moves being made against China over the human rights abuses of Uighurs back in DC — and they signalled an expansion of trade-related mechanisms to tackle unhappiness over Xinjiang.

On the face of it, the moves were mundane. On Monday, Washington announced a new batch of 11 companies that would be added to its so-called entity list. Being on the list forces US groups wanting to sell you anything, re-export your products or “transfer” them within the US, to seek a licence and approval from the US government. Huawei, the Chinese technology company that Washington sees as a national security threat, is one of the most prominent companies on the list.

The US has also started adding tech companies that it says are linked to the detention of Uighurs in China’s Xinjiang region, beginning last October with the addition of Hikvision, a Chinese company that supplies surveillance cameras to camps in Xinjiang. In May, it added a second tranche of nine companies it said “enabled” high-tech surveillance, including fibre optic cable groups and companies selling facial recognition technology.

The latest batch of companies, announced on Monday, included Changji Esquel Textile, a subsidiary of one of the world’s largest producers of woven shirts. The US alleged that nine of the 11 companies were linked to forced labour practices in the Xinjiang area.

Hikvision, a Chinese company that supplies surveillance cameras to camps in Xinjiang, was added to the US entity list © Fred Dufour/AFP/Getty

Interestingly, this is an expansion of the US administration’s mechanism for cracking down on the use of forced labour, including child labour. Kevin Wolf, a partner at Akin Gump who led the commerce department division that oversees the entity list until 2017, said he was confident this was the first time forced labour had been explicitly cited as the basis for an entity listing.

To date, trying to enforce laws discouraging forced labour overseas has been left to US Customs and Border Protection, who can issue detainment orders on imports of goods it thinks were made using forced labour, ultimately seizing them. This has been the way of things since the ban on importing products made using forced labour came into force as part of the Tariff Act of 1930. However, that law contained a caveat that allowed imports to be made by forced labour if there wasn’t enough US domestic supply to meet demand. That exemption was in effect repealed under former president Barack Obama in early 2016, when the new Trade Facilitation and Trade Enforcement Act came into force.

A jump in enforcement actions taken against forced labour followed. According to analysis of CBP data by law firm Arnold and Porter, the CBP has taken 15 enforcement actions against imports due to forced labour concerns in the four years since the exemption was removed, compared with just 39 actions against importers in the 86 years previously. Among these are three high-profile orders against goods coming from Xinjiang in recent months: one selling clothes and two selling hair products.

Using the entity list, however, is a new way to mete out punishments, and pulls human rights issues closer into the trade realm for the administration.

The second interesting thing to note about these additions to the list is that they’re linked to clothing instead of tech. It’s difficult to look at how important a particular supplier is for any US or western corporation, but there are links between the Chinese companies named and Hugo Boss, Ralph Lauren, Brooks Brothers and Lacoste, with shipping orders showing that the western groups have previously taken deliveries from Esquel Enterprises, the parent company of Changji Esquel Textile. If things keep moving in this direction, it’s easy to see a lot of western fashion brands getting nervous.

While Japan’s exports slumped overall in June, its shipments of medical supplies, unsurprisingly, continued to grow. That’s been to the benefit of the US and the EU — but China and south-east Asian nations have imported fewer medical supplies from Japan than they did at the same time last year. 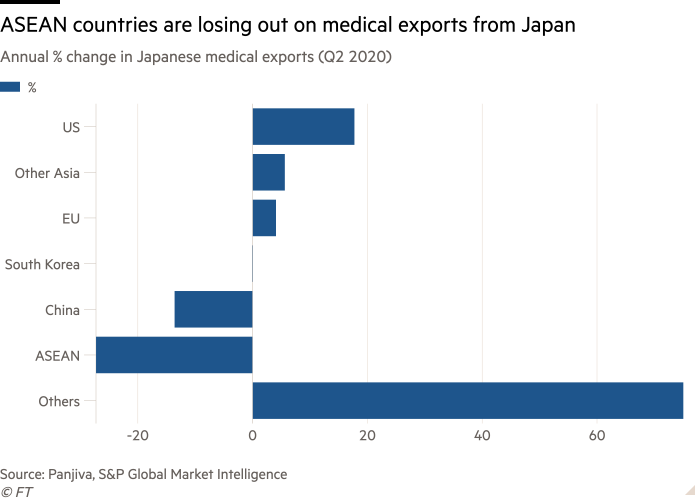 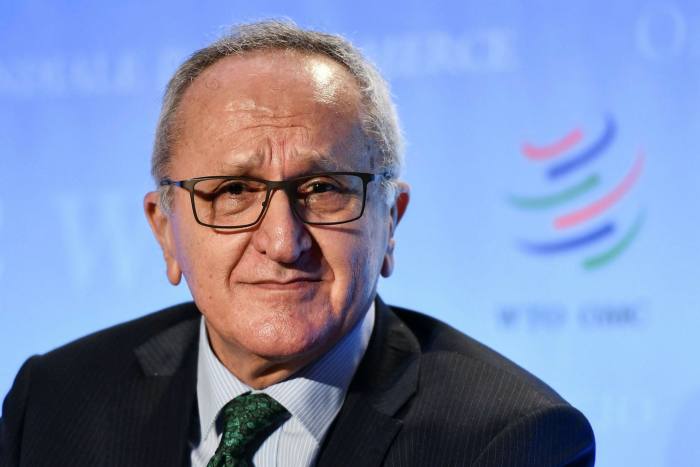 Jesús Seade Kuri, a Mexican trade veteran who has had stints as the WTO’s deputy director-general and senior posts at the IMF and World Bank.

Seade is one of eight candidates to succeed Brazil’s Roberto Azevêdo as director-general of the WTO after he steps down in September.

In an interview with the Financial Times, Mexico’s pick to run the WTO said he could fix the body’s broken dispute resolution mechanism within 100 days, use it to ease US-China trade tensions and keep Washington from quitting the global trade body.