Yes, let’s set international law on fire and chuck it into the English channel, no biggie. The UK has done some fairly bonkers things during the Brexit talks, but unilaterally trying to rewrite the withdrawal agreement tops most of them. We put it into context in Tall Tales below.

Meanwhile in Brussels, a puff of white smoke from the Berlaymont on Tuesday and it’s Valdis Dombrovskis, Latvia’s former prime minister, who is the EU’s new trade commissioner, replacing Big Phil Hogan. The standard view in Brussels is he’s solid and competent but a bit short on political star power. We’ll see. Today’s main piece crosses the Atlantic to look at how the US’s trade deficit obsession might, after a long run, finally be knocked off the top spot for international economic policy, while our chart of the day looks at rising demand for electric vehicles.

You’ll never believe this, but stick with it. The Trump administration has been using trade tools to correct a macroeconomic problem, and it hasn’t worked. Amazing, right? This will come as a vast surprise to all except pretty much every macro and trade economist in the world.

Last week it transpired that the US’s overall trade deficit in goods and services had reached its highest level since 2008, with a widening gap between exports and imports with China. Hence, even on its own illogical terms, Donald Trump’s trade policy has failed.

Trump came to office inveighing against trade deficits in general and the bilateral deficit with China in particular, though the EU also got some flak. Many thought he might pursue this as a currency warrior. Trump did name China as a currency manipulator — a designation that had as little impact as we sceptics said it would and was reversed a year later. But he has mainly turned for solutions not east of the White House, to the Treasury department at 1500 Pennsylvania Avenue, but west, to the office of the US trade representative on 17th Street.

The US’s battering away at China, particularly the wide-ranging Section 301 duties that forced Beijing to the negotiating table, were originally aimed largely at the trade deficit. Only more recently has Trump focused on tech sovereignty. USTR Robert Lighthizer, to be fair, wanted to use the Section 301 leverage to pursue major structural change in China’s economy, not just go after the deficit. But the narrowly focused “phase 1” of the US’s deal with China, agreed in January, punted such ambitions way into the future and instead focused on China buying a bunch of American imports.

Using tariffs and trade deals against trade deficits makes little sense on any level. First, it’s a pretty well-established consensus that overall deficits reflect savings and investment (and capital flows), not trade policy. Previous US administrations had much more of a point complaining about deficits arising from huge Chinese intervention against the renminbi, the campaign against which dominated US international economic policy from the early 2000s. However, China stopped systematically holding its currency down around 2015. (There may have been some more surreptitious intervention more recently, but it’s not the main event.) As Matthew Klein and Michael Pettis have argued in their excellent book Trade Wars Are Class Wars, it’s domestic rather than international distributional struggles that produce imbalances.

Soyabeans being harvested in Illinois. The EU and China have discovered it is relatively easy to buy Trump off with dodgy promises to import US goods © Daniel Acker/Bloomberg

Second, even if you do accept Trump’s premise about trade policy and deficits, Brussels and Beijing have realised that it’s relatively easy to buy him off with dodgy promises to import US goods. In the case of the EU, these were utterly absurd — the European Commission in 2018 solemnly pledging Europe would buy more liquefied natural gas and soyabeans, presumably through the commission’s multibillion-euro commodities procurement arm which does not in fact exist. China made a bunch of promises in the phase 1 agreement, also to purchase soyabeans and so on, which it has heavily underperformed.

And so here we are. The US has inflicted non-negligible self-harm through the tariffs it has imposed against China and others. It has hurt its own consumers with higher prices. The inevitable retaliation has hit American exporters — particularly farmers, whom it has repeatedly had to bail out. It knocked a steady manufacturing recovery off course and hammered jobs in the sector. Its tariffs — and threats of more — on imports from the EU have alienated a potential ally against Chinese tech dominance.

And it has completely failed in its self-allotted aim of reducing the US overall, and bilateral Chinese, deficit. It’s been fighting this war with weapons that don’t work and managed to blow off at least a couple of its own toes in the process. Top work all round.

If his campaign statements are any guide, Joe Biden doesn’t have anything like this obsession with deficits, and particularly not trying to fix them with trade policy. He’s much more about resilience in value chains and establishing a leading position in strategic industries. That might end up in some unwise economics and trade policy, but it’s hard to imagine it could be anything like as bad as Trump’s. Time to let die the delusion that you can fix trade deficits with trade policy.

Global automakers have been unable to prevent a collision with the Covid-19 downturn, but one part of the sector has avoided the worst of the carnage — electric vehicles (EVs). While registrations of petrol and diesel cars in Europe fell one-third year on year in June, EV sales were up almost two-thirds over the same period, writes Adam Green. But for car manufacturers hoping for salvation from EVs, two problems are looming: the slowdown in Chinese demand, and supply chain disruptions — with the commodities used in battery manufacture at particular risk. 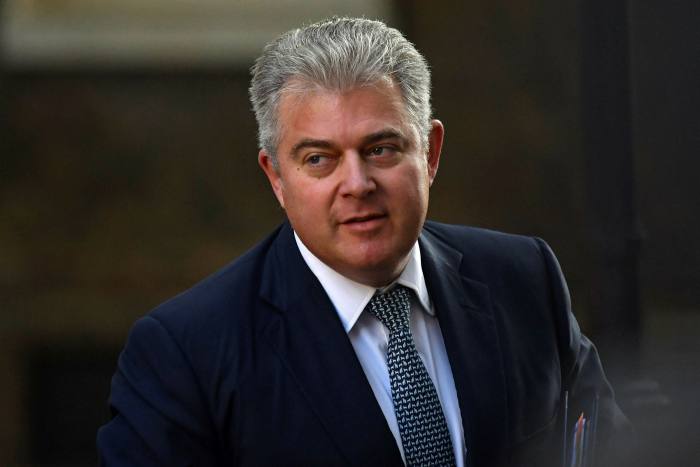 There was much pearl-clutching in Brussels and elsewhere over the UK’s explicit abrogation of the withdrawal agreement via which it promised to leave the EU. You know what? Too right. Sometimes pearls need to be clutched, and explicitly saying that you’re breaking international law by violating a treaty you only just signed is a madly destructive and dishonest tactic.

Still, to put it in context: there are hundreds of desperate refugees and migrants stuck on ships floating around the Mediterranean because EU member states are ignoring international law. The US hasn’t repudiated its World Trade Organization commitments under the General Agreement on Tariffs and Trade (Gatt), but it’s got a history of dragging out or evading the consequences of breaking them (a good point crisply made to us by the great Mark Warner of MAAW Law). And the US has put itself beyond the reach of dispute settlement under the treaty by paralysing the organisation’s appellate body. China’s security legislation affecting Hong Kong is a clear breach of international law. Sure, the UK’s actions are indefensible and self-destructive, but at least it’s being honest about what it’s doing.