Wirecard’s core business in Europe and the Americas has been lossmaking for years, casting doubt on the economic substance of the parts of the company not directly affected by its accounting scandal.

The German payments group collapsed into insolvency last month after revealing that €1.9bn in cash in its accounts probably did “not exist”. For years it had portrayed itself as a highly profitable business.

According to its EY-audited financial reports, between 2016 and 2018 Wirecard generated operating margins of about 22 per cent and almost doubled annual earnings before interest and taxes to €439m. The company last year also promised investors a fivefold increase in profits by 2025.

But such profits appear to have existed largely on paper, according to data in the confidential appendix of a special audit conducted by KPMG and seen by the Financial Times. The report was commissioned by the company late last year in response to questions over its accounting practices.

The Philippines justice secretary said on Friday that Jan Marsalek, Wirecard’s former second-in-command who has seemingly vanished, did not enter the Philippines, even though immigration records indicated he passed through last week. (FT)

Thank you to all of our health workers for everything you have done and continue to do for us throughout the coronavirus crisis. As a token of appreciation, the Financial Times is offering all NHS staff free access to FT.com until the end of December 2020. Find out more here.

UK expected to phase Huawei out of 5G networks Boris Johnson is this month expected to draw up plans to start phasing out Huawei from Britain’s 5G phone networks, after warnings that US sanctions have undermined the Chinese telecoms equipment maker’s ability to supply the UK market. (FT)

New Hong Kong national security chief named Zheng Yanxiong, a Communist party official who gained notoriety for his violent suppression of protests on the mainland, has been appointed chief of Hong Kong’s new national security office. Young protesters are looking to change tactics, while some libraries have already pulled books for review under the new laws. (FT, WSJ)

Demonstrators in their teens or early 20s make up the bulk of the 9,000 protesters arrested in the past year © Bloomberg

Fed tests point to European banks’ weak spots The latest round of the Federal Reserve’s annual stress tests predict that HSBC and Santander will have the biggest loss rates of any large bank in the US market across credit cards and consumer lending. (FT)

Zomato cut off from Chinese funding by India-China tensions The $3bn Indian food delivery start-up Zomato has been cut off from its biggest Chinese investor in the first major example of how Delhi’s new foreign investment laws have hit funding. (FT)

West gears up to face growing China threat Closer ties with Asian allies, greater use of artificial intelligence and deploying more troops east of Suez are among the strategies Britain’s military chiefs are considering to counter China’s growing assertiveness. The US Navy on Saturday sent two aircraft carrier groups into the South China Sea for the first time since 2014. (FT)

Koike re-elected Tokyo governor The high-profile governor of Tokyo has been re-elected to a second term in a landslide victory that will enhance her influence on national politics. Exit polls showed Ms Koike, the most powerful female elected official in Japan, with almost 60 per cent of the vote. (FT) 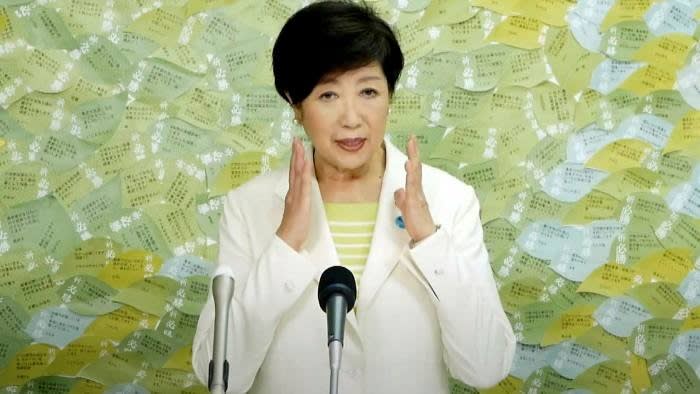 Yuriko Koike was declared the winner as soon as voting ended at 8pm, based on exit polls showing her with almost 60% of the vote © AP

EU-Turkey visit Josep Borrell, the EU’s high representative for foreign affairs, visits Turkey on Monday seeking to restore trust after a stand-off in March in which thousands of migrants attempted to force their way into EU member Greece from Turkish territory.

US ISM non-manufacturing The index hit a low of 41.8 in April, before rising to 45.4 in May. Monday’s data is expected to show a rise again in June, with the possibility that it could break the 50 mark and return to positive territory. (FT)

What carmakers do now and what they do next will influence their chances
of survival in the post-pandemic world. Join these free, close-focus,
60-minute webinars delivered by one of the world’s most trusted brands
to stay connected and informed as transformation within the automotive industry and the business landscape around it accelerates. July 7-9, 2020 — 4pm to 5pm BST. The event is free to join. Register at: live.ft.com/CarWeek 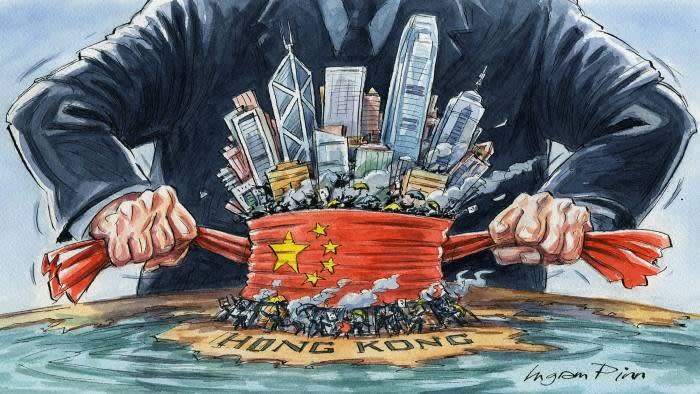 Ad boycotts not enough to curb Big Tech The boycott may be an opportunistic way to do some virtue signalling when marketing budgets are already down, writes Rana Foroohar. The question remains of whether social justice will lead to economic justice. (FT)

Not dressed up and nowhere to go Jo Ellison, former fashion editor and current editor of How To Spend It magazine, reflects on missing the ceremony of getting ready for an evening out. The pandemic has made this season the summer without weddings, but also has shone a light on the things we value most. (FT)

‘This time, the protests won’t end when the summer does’ I took part in Black Lives Matter protests in the summer of 2016 but this time things feel different, writes Charlie Brinkhurst-Cuff. Half a world away, BLM has sparked a movement in Indonesia where Papuans, an independence-seeking indigenous minority, are fighting for equality. (FT, Los Angeles Times) 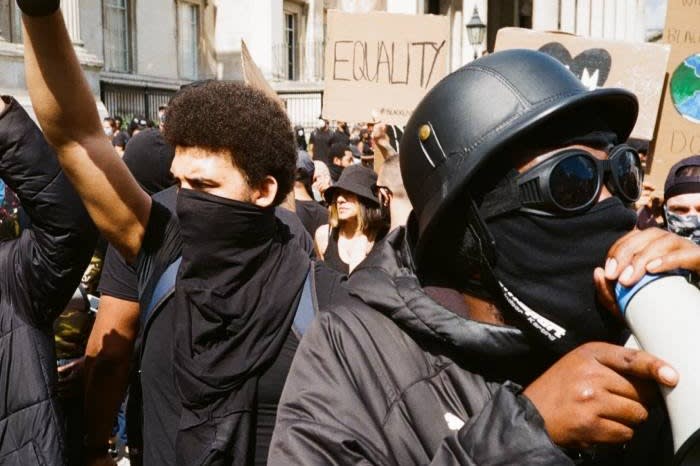 Ryuichi Sakamoto’s Lunch with the FT Activism in Japan is too often fruitless, the musician and co-founder of the Yellow Magic Orchestra told Leo Lewis over Skype. “This is the right time for the Japanese people to finally express their anger,” he said, as Covid-19 revives fears similar to what he felt after the Fukushima nuclear meltdown. (FT)

How to make capitalism work for all When our societies divide economically, they also risk falling apart culturally and politically, writes Martin Sandbu, the FT’s European economics commentator. After four decades of rising inequality, Covid-19 offers an opportunity to remake society. (FT) 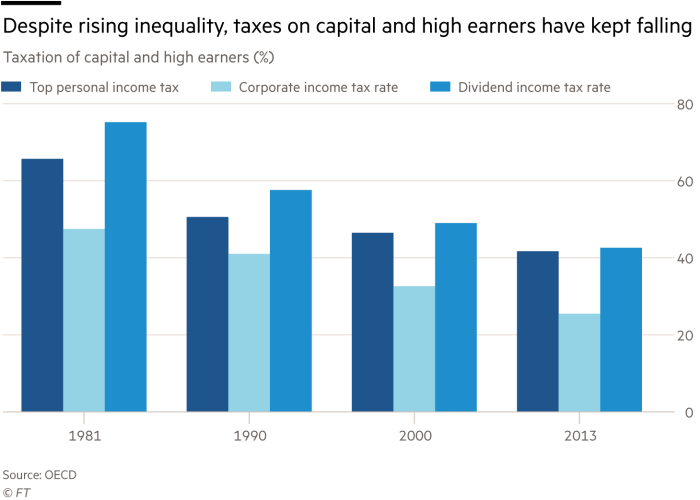 India Inc’s inward turn This year, companies and firms outside India have promised a total of $15.2bn to Mukesh Ambani’s Jio Platforms. But as foreigners make their way into Indian business, they’re discovering the road to riches runs through local routes. (Economist)

FT business books: July edition From achieving business success now and in the future to understanding bad decisions — here are this month’s top titles. For something more active, FT Globetrotter has tips, workout routines and reflections on staying healthy during the coronavirus crisis. (FT)

Dancers explore how coronavirus has changed our movements World renowned dancers in Barcelona, Buenos Aires, Johannesburg, Kansas City and London respond to the Covid-19 pandemic, in an FT collaboration with Sadler’s Wells. (FT)