The Federal Reserve has warned the fate of the world’s largest economy would “depend significantly on the course of the virus” as the US central bank extended measures to deal with an international shortage of dollars.

After a two-day meeting on Wednesday, the Federal Open Market Committee made no significant changes to monetary policy, holding interest rates close to zero and pledging to do more to support the recovery if necessary.

It did, however, announce that it would be extending emergency swap lines with some other central banks until the end of the first quarter of 2021, and a temporary repurchase facility for international monetary authorities to swap Treasuries for dollars.

“These facilities were established in March 2020 to ease strains in global dollar funding markets resulting from the Covid-19 shock and mitigate the effect of such strains on the supply of credit to households and businesses, both domestically and abroad,” the Fed said. “The extensions of these facilities will help sustain recent improvements in global US dollar funding markets by maintaining these important liquidity backstops.” (FT) 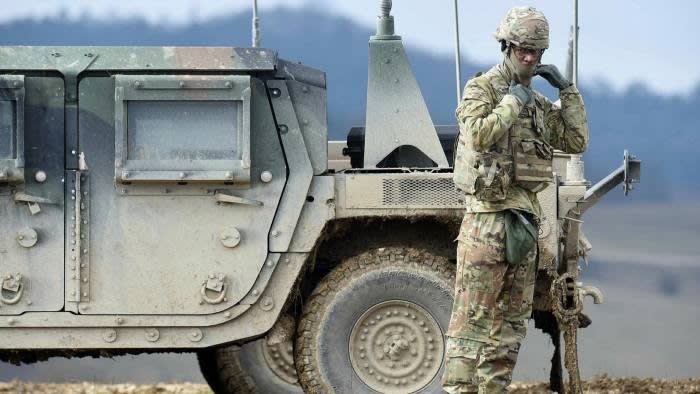 Hong Kong’s economy shrinks Hong Kong’s economy took a greater hit than expected in the second quarter, with gross domestic product decreasing 9 per cent. FedEx pilots have called on the company to suspend operations to the territory for what they see as “unacceptable conditions” in the city’s hospitals and quarantine facilities. (FT)

TikTok chief attacks Facebook Kevin Mayer, the chief executive of TikTok, has accused Facebook of trying to destroy the Chinese app’s US business by smearing it with “maligning attacks”. Mr Mayer made his statement just hours before Facebook’s Mark Zuckerberg was due to face questions from Congress. (FT)

Big Tech grilling The chief executives of four American tech giants faced accusations of wielding their companies’ size to unfairly squash competition on Wednesday, as they sat for an unprecedented grilling from lawmakers on Capitol Hill. (FT)

Clashes in Portland Federal agents will begin to withdraw from Portland, Oregon, after clashes with protesters drew attention around the world, the US Department of Homeland Security announced on Wednesday. (FT)

Shopify surpasses eBay Shoppers’ rush to online stores during the pandemic propelled shares in Shopify to new highs on Wednesday, after it said purchases through its network of ecommerce sites more than doubled in the second quarter, surpassing spending on eBay for the first time. (FT) 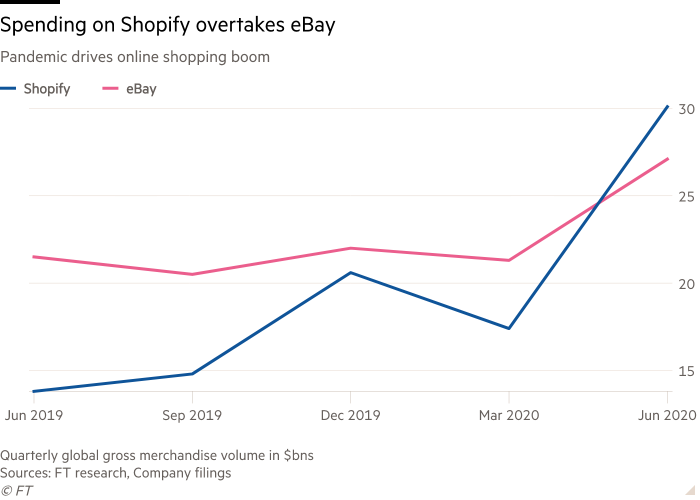 Vaccine price wars Moderna is pitching its coronavirus vaccine at about $50 to $60 per course, according to people familiar with talks between the company and potential buyers — higher than other vaccine makers have agreed to charge governments. (FT)

Earnings Apple, Amazon, Alphabet and Facebook, worth almost $5 trillion combined, are all set to report quarterly results on Thursday. (FT) 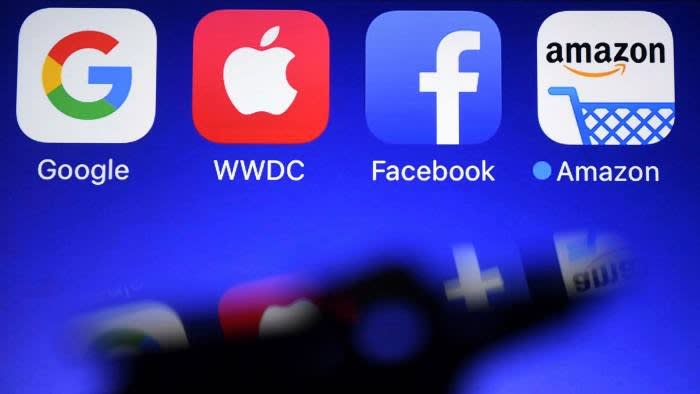 Weekly jobless claims Millions of Americans are waiting to see whether Congress will renew stimulus measures as Steven Mnuchin, the US Treasury secretary, warned that both sides are “very far apart”. The much-watched weekly jobless claims on Thursday are expected to remain near the 1.4m mark. (FT)

The contrasting world views of Trump and Pompeo It matters that the US president and his secretary of state have radically different world views. For example, Donald Trump is transactional, while Mike Pompeo moralises, writes Janan Ganesh. (FT)

Antique Chinese bonds are now in play Speculators and politicians are eyeing ways to use pre-communist debt to put pressure on Beijing, writes Izabella Kaminska. (FT) 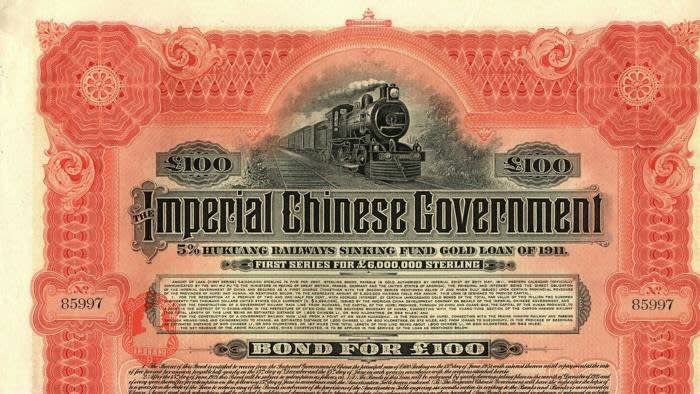 Lessons from March’s market meltdown It is hard to overstate the importance of the US Treasuries, the benchmark off which almost every security in the world is priced. In March, wild price swings left some wondering whether this $20tn market would ever function properly again, report Robin Wigglesworth and Colby Smith. (FT)

‘Silver bullet’ to beat Covid-19 unlikely Kate Bingham, chair of the UK’s vaccine task force, has told the FT that a “silver bullet” providing lifetime immunity against Covid-19 is unlikely. “That’s probably not going to happen.” she said. (FT) 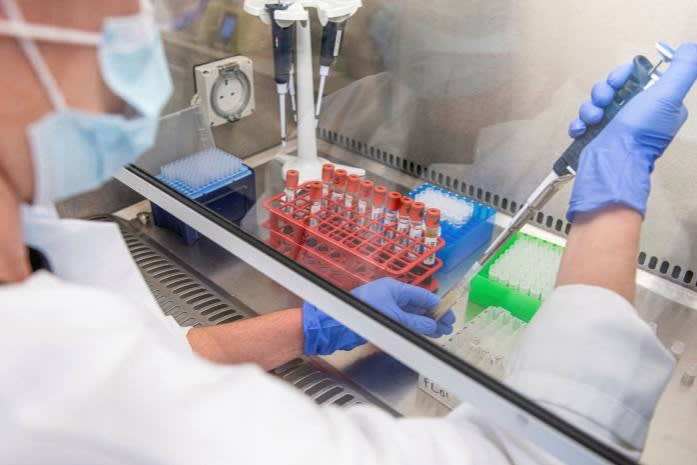 ETFs are the canary in the bond coal mine It is still too early to pass definitive judgment on the overall resilience of banks and finance during Covid-19 but some lessons are emerging around ETFs, writes Gillian Tett. (FT) 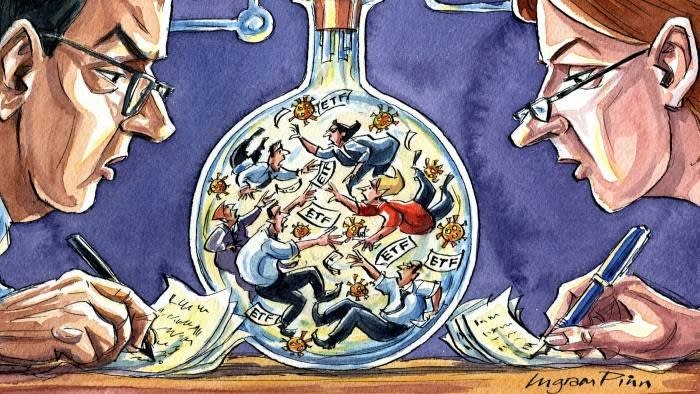 Turkey needs a new approach to the lira Recep Tayyip Erdogan, Turkey’s president, cannot confound the basic laws of economics. His gamble on cheap money and propping up the currency has failed. (FT)

Coronavirus: the future after furlough Next week the UK government begins winding down its furlough scheme. In this live Q&A with the FT’s personal finance editor Claer Barrett and Craig Beaumont, chief of external affairs at the Federation of Small Businesses, we answer your questions about the uncertain future for the UK’s 5.8m small companies. (FT)