A new rover built by Nasa and named Perseverance will land on Mars in February 2021 using the “sky crane” method. A giant parachute and rocket motors will slow the mission’s descent before the rover is lowered to the surface using cables.

Perseverance – a six-wheeled robotic machine with 23 cameras and a drill – will seek signs of ancient life in a large crater called Jezero. It will collect rock and soil samples that look like they may have been altered by contact with micro-organisms. 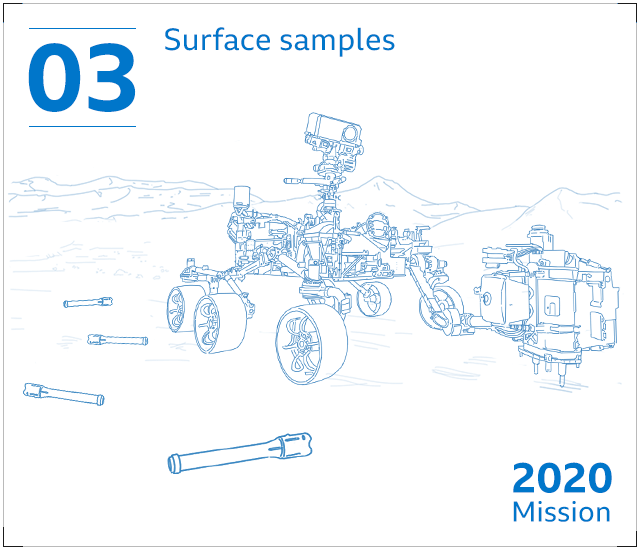 The rover will store its samples in metal canisters – but leave them behind on the Martian surface to continue its mission. Perserverance’s plutonium-based power supply could keep the rover trundling around Mars for 10 years or more. 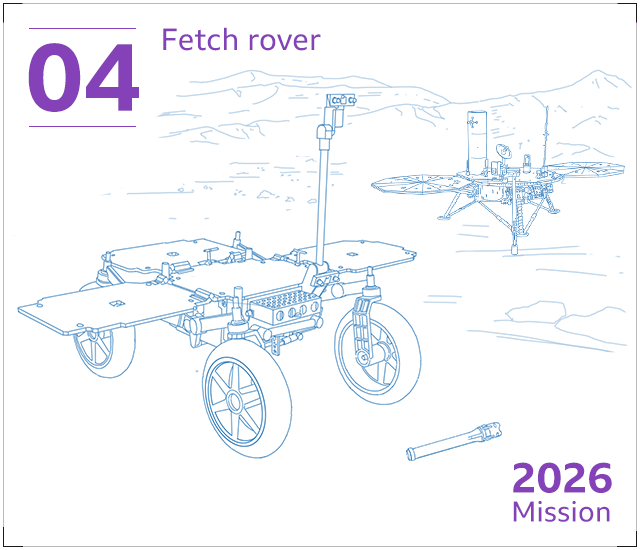 Later this decade – after 2026 – a second, smaller rover, to be built by the European Space Agency (Esa), will arrive on Mars. This “fetch rover” will travel across the surface picking up the sample canisters left behind by Perseverance.

The canisters will be loaded into a protective container and placed into a small rocket – the Mars Ascent Vehicle or MAV. This will blast into the sky, placing the container into orbit around Mars.

The sample container will be met in orbit and caught by a European satellite. This “return orbiter” will act like a cargo ship, bringing the precious rock and soil specimens back to Earth.

We don’t expect the satellite to arrive home until at least 2031, by which time the sample container will have been packaged in a heavily protected capsule, to be sent into Earth’s atmosphere to land in North America. 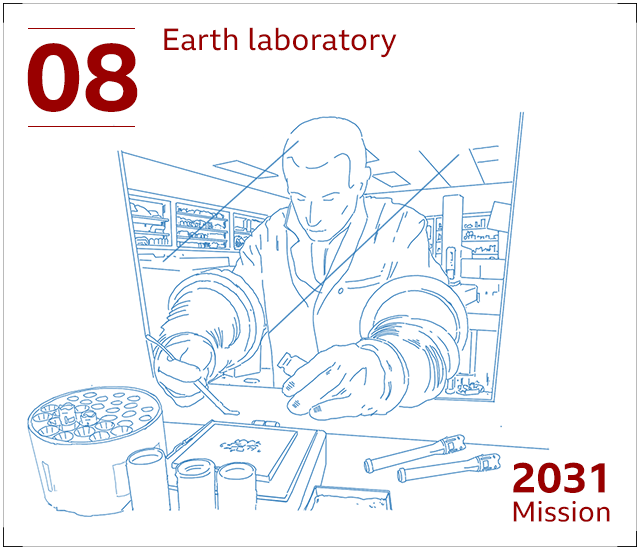 Scientists will then study the rocks and soil using advanced techniques, including some that have yet to be invented because there should be enough material to investigate for decades ahead. The samples will shed light on Mars’ history and whether it has ever supported microbial lifeforms.