Hi from Washington, where as I write this all eyes are on the presidential debate between Joe Biden and Donald Trump, aired late in the US evening on Tuesday. Joe Biden released his tax return just before the debate, paving the way for an attack on the president’s paltry tax payment records (as reported by the New York Times). You can read our summary of the debate — where any trade element was mainly in the insults — here.

Today’s main piece looks at another export control the commerce department has snuck out without much fanfare, and asks whether this is really the right way to protect national security. Our person in the news is Zippy Duvall, president of the American Farm Bureau Federation — the powerful farmers’ lobby group — who has weighed in on trade issues. Our chart of the day looks at electric vehicle battery demand.

The struggle to find a balance on tech clampdown

Weekends in Washington are rarely quiet, and this past one brought another little victory for the China hawks.

We’ve written before about the Trump administration’s use of export controls to try and keep US semiconductors and chips out of the hands of the Chinese military — Washington worries that Beijing can force private Chinese companies to transfer technological knowhow to the military, helping the Chinese state grab emerging US technology for the People’s Liberation Army. As a result, the US has used its trade control mechanisms to try and choke off the supply of cutting-edge US tech to Chinese companies.

Over the weekend, details of a letter from the commerce department tightening export controls emerged — this time SMIC, China’s biggest chipmaker, was hit with an addition to the so-called entity list. This means US companies would need licences to export anything to SMIC, threatening to cut off the chipmaker from US software and equipment. Qualcomm, the US-based semiconductor designer, uses SMIC to fabricate some of its chips.

The increasingly expansive use of export controls to starve Chinese companies is not really a tried and tested method, and there are some objections to it, most notably from the US semiconductor companies, who value their Chinese market and argue that removing it affects their revenue streams. But the Trump administration insists that national security must prevail over economic and business arguments.

The Trump administration has proved elsewhere that it is not above provoking outrage from successful domestic sectors in the name of national security. Its tariffs on aluminium imports, for example, do not help the majority of manufacturers working in the industry. They harm the bulk of the domestic US aluminium industry that imports raw aluminium to convert to processed forms by raising the costs of those imports. The Trump administration argues that the relatively small portion of the domestic industry that produces raw aluminium must be protected because the US must be able to produce its own raw product for national security reasons.

On semiconductors, though, the efforts to protect tech do not involve nurturing the key industry, but cutting it off from its entanglement in global supply chains and forcibly removing some of its customers.

Beyond the obvious bad side-effect of removing a huge chunk of the market for US semiconductor producers, Chad Bown of the Peterson Institute for International Economics makes the good argument that the export controls don’t necessarily achieve their national security goal of depriving Chinese companies with the crucial tech because Chinese companies can buy it from elsewhere. (This argument is also made by the semiconductor companies themselves). The supply chain options are international — South Korea’s Samsung is one, while assorted companies mostly based in Taiwan and China could theoretically replace US companies too.

There’s also the dilemma that reducing the ability of US companies to generate revenue impacts their R&D budgets and in the long run risks creating the national security problem that the Trump administration has with aluminium: there isn’t much of an industry to protect.

The US is, as ever, open to retaliation. As my Beijing-based colleagues have reported, plenty of Chinese domestic experts are of the opinion that the US is not a reliable source of critical components (and it’s hard to offer a counter argument to that — the US is quite literally trying not to reliably provide China’s top telecoms company with tech — after Huawei, who is next?).

So it’s a tricky one. On the one hand, depriving Chinese companies of cutting edge tech if you think they might use it to boost military prowess makes sense. But doing that without it horribly backfiring and crushing your own domestic industry requires a balance that the current US government is struggling to find.

The US International Trade Commission will decide next month whether to uphold preliminary findings that South Korea’s SK Innovation deliberately destroyed thousands of documents suggesting it had illegally acquired sensitive technology from Korean rival LG Chem, the world’s largest lithium-ion battery maker, write Peggy Hollinger, Song Jung-a and Edward White. The stakes are not only high for SKI. The investment is so key to US electric vehicle ambitions that Wilbur Ross, the US secretary of commerce, visited the site last year to pick up a shovel for the groundbreaking ceremony. Ford and Volkswagen, which have contracts to take batteries from the factory, face disruption to vital supplies for new electric and hybrid models. 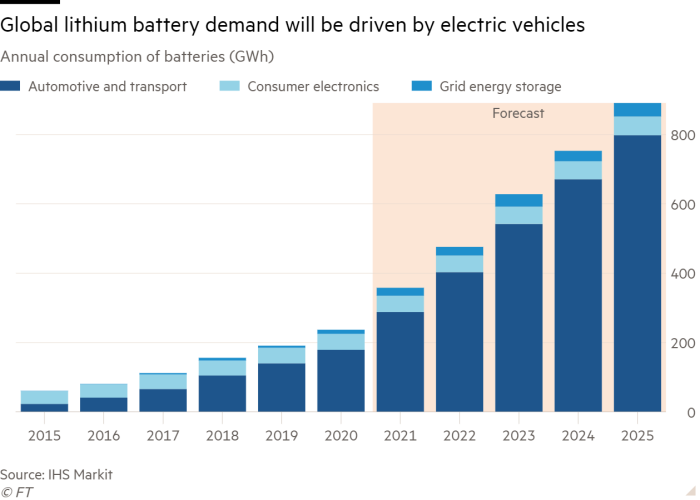 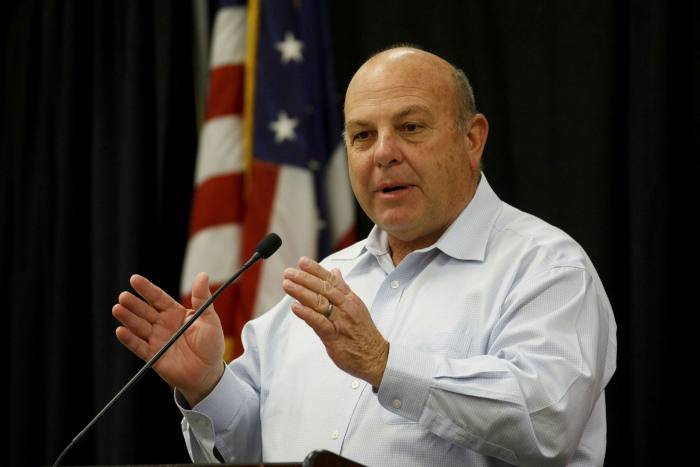 Zippy Duvall: ‘We may not always appreciate WTO delays or decisions, but it is critical for the US to remain engaged with the WTO in a leadership role’ © Patrick T. Fallon/Bloomberg

The AFBF, a lobby group for American farmers, joined other farmers’ associations to write to US trade representative Robert Lighthizer last week, urging the Trump administration not to abandon the World Trade Organization.

“We may not always appreciate WTO delays or decisions, but it is critical for the US to remain engaged with the WTO in a leadership role,” Duvall said in a statement reported in Politico. “Exports are fundamental to the success of US agriculture and the WTO helps to create a level playing field for trade.”