Hello from London, where the summer has ended abruptly with a rising number of coronavirus infections, preparations for a second lockdown and the taste of the government’s subsidised meals in August now a distant memory.

In today’s post we look at the impact of the pandemic in Africa and how a US-Kenyan trade deal could threaten regional integration across the continent. Our policy watch looks at some bright ideas to help the UK and the EU in their post-Brexit trade talks, while our chart of the day looks at the UK’s dominance of the financial sector in Europe.

The bilateral threat to pan-African trade

African economies have been hit hard by the pandemic with falling commodity demand, exports, remittances and tourism revenues. But the hit has been uneven, and a looming US-Kenya trade deal could make this difference in fortunes even starker.

Resource-intensive economies, such as oil exporters Nigeria and Congo, and exporters of other minerals such as Namibia and Botswana, are set to shrink much faster than the rest of the continent owing to tumbling commodity prices. This year, resource-intensive sub-Saharan African economies are expected to contract 6.7 per cent on a per-capita basis, IMF data show. For resource-intensive African economies, the sharp decline in commodity prices weighs on growth and adds to their fiscal and external vulnerabilities. It also reduces the nations’ resources to combat the virus.

Non-resource intensive African economies, by contrast, such as Kenya, Ethiopia and Rwanda, are expected to contract at the much milder pace of 1.6 per cent. They are also expected to recover faster next year.

As such, the pandemic is set to widen a dualism that has emerged over the past five years. African resource-intensive economies have underperformed the rest of the continent since the 2014 commodity shock and weakening global demand. In contrast, many non-resource intensive African economies, such as Ethiopia, were among the world fastest-growing economies last year.

The IMF has called for the development of more differentiated African economies via various policies, including the completion of the African Continental Free Trade Area, a pan African trade agreement, which is expected to boost productivity and intraregional trade. Nearly 60 per cent of intraregional African trade is composed of manufactured or industrial goods. In contrast, Africa mainly exports commodities to the rest of the world.

With this in mind, the US-Kenya trade deal being negotiated at present could actually be the last thing the continent needs right now. We wrote in July about the launch of talks between the two countries, which could lead to the first bilateral trade agreement between the US and a sub-Saharan African country. Kenya said it was keen to attract foreign direct investment from the US that could create jobs and benefit its smaller enterprises.

But not everyone is optimistic about this. For one thing, there have been concerns that US oil companies might seek to send plastic and plastic waste to Africa via Kenya. Such an outcome could set the tone for future bilateral trade agreements between the US and other African countries. Those receiving aid in particular “could be pressured into unfavourable trade deals that increase the inflow of US goods,” says Vincent Phiri, economist at NKC African Economics — thanks to the US’s much stronger economic position.

Boosting the fragile manufacturing and agricultural sectors is key for lifting millions of people in Africa out of poverty. Those countries that succeeded in developing a diversified economy can now face the pandemic with a smaller hit to their resources.

In shaping what and how much African countries trade, and thus produce, with each other and with the rest of the world, the US-Kenya trade deal could ultimately have an impact on the world’s poorest continent’s road to more resilient and long-term growth. And that matters, for everyone.

The European Commission is launching an effort in the next few days to boost its own capital markets: a project that has become wrapped up in the EU’s push for greater “strategic autonomy” given the vulnerabilities exposed by the pandemic and the great-power rivalry between the US and China, write Sam Fleming, Jim Brunsden and Philip Stafford. For now, the City of London remains the continent’s dominant financial hub, accounting for slightly less than a third of all capital markets activity, according to New Financial, a UK think-tank. Activity in Europe, by contrast, is fragmented, with financial centres lacking the volumes of trading, and plethora of associated legal and consulting services, that give the City its global heft. 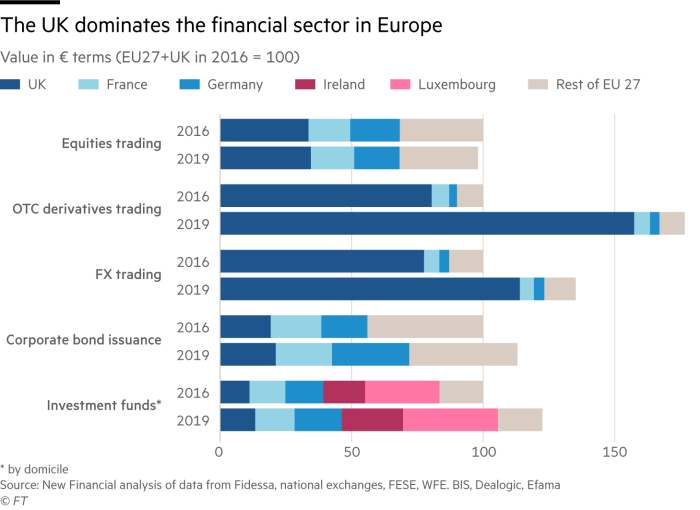 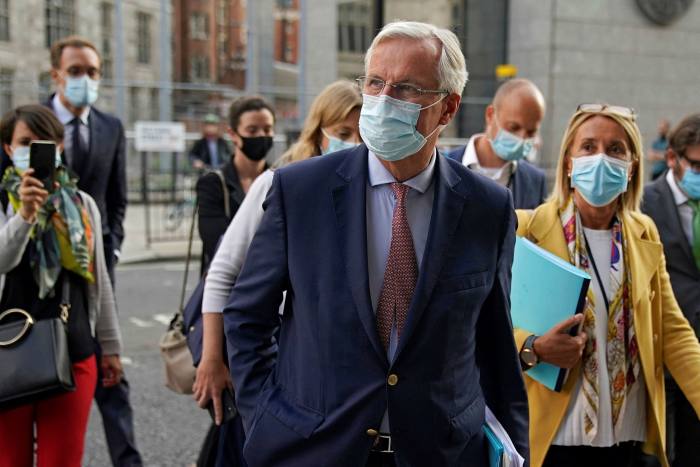 A group of the UK’s most senior state aid lawyers have written to Boris Johnson offering to help design a post-Brexit subsidy regime for the UK and break the deadlock in the EU-UK trade negotiations, write Peter Foster and Chris Giles.

In an open letter to the prime minister the lawyers — drawn from across the spectrum of opinion on Brexit — offered to establish a “Subsidy Control Advisory Group” in order to “massively accelerate” the policy design process.

The question of how the UK can achieve a new, independent subsidy regime after Brexit while giving Brussels sufficient confidence to grant a “zero tariff, zero quota” free trade agreement remains a fundamental sticking point in EU-UK negotiations.

The task is complicated by the UK’s desire to have the same freedom to grant state aid as other countries that have free trade deals with the EU, such as Japan and Canada.

The UK said earlier this month it would follow World Trade Organization subsidy rules when the Brexit transition period expired on December 31. That position falls far short of EU demands that London signs up to what it terms a “level playing field”, including a shared philosophy on subsidies.