The rescheduling of today’s European Council summit in Brussels to next week is giving EU types time to look across the English Channel, watch the UK proposing travel permits for hauliers between one English county and another to stop chaos at the ports and think: we thought Brexit was a bad idea, but not that bad. The way things are going, Brexit will leave the EU largely intact but lead to Irish reunification, Scottish independence and a customs border between Kent and Surrey. Those in the British trucking industry say the permit idea is pointless: we’re not sure if that makes it better or worse. Still, it’s freedom.

Today’s main piece looks at the EU’s grand plans for supply chain resilience that the summit will be launching, about which we’re (surprise!) a bit sceptical. Tall tales focuses on the unwarranted European pessimism about what a Joe Biden presidency in the US means for trade. Our chart of the day considers concerns over food supply chains as deforestation increases.

Is that EU, baby, or just a resilient disguise?

(It’s from a song.) After months of rhetoric, the EU’s great resilience-and-diversification-and-maybe-reshoring-when-justified initiative is grinding into action. EU member states are asking the European Commission to look at how to create security of supply for strategic industries and products, with the evident aim of reducing dependence on China.

The EU has identified a bunch of specific sectors and technologies — including raw materials, pharmaceuticals, electric batteries, aerospace and digital — where it hopes to invite our new best friend “open strategic autonomy” or perhaps one of its close cousins on a permanent visit. The initiative has a determined and energetic internal market commissioner behind it, Thierry Breton, and backing from some heavy-hitting member states led by Breton’s native France.

But guess what? We’re a bit sceptical that much will change. The EU is a trade bloc with an imperfect internal market and few precision-guided tools for industrial policy at a federal level, and we don’t see a lot here to change that.

Certainly the EU, or some parts of it, want to make big structural economic changes. But in practical terms that has generally meant, in the words of the song, lawyers, guns and money. First, regulations to encourage a critical mass of domestic production; second, often if not always a big defence budget allowing large-scale procurement with a national security imperative; third, government cash more generally to back research and development and to invest in capacity. The US’s early lead in information and communications technology (including inventing the internet), for example, owed a lot to its guns and money during the cold war.

To take the first, the commission isn’t short of lawyers in quantity or quality. The questions are what powers they can come up with and whether they really want to use them.

The EU’s legal brains are developing new competition and trade tools to use against subsidised foreign companies selling their products in the European market. They could also use discretion within traditional instruments. For example, anti-dumping, anti-subsidy and safeguard measures against imports have long been subjected to a “union interest” test, which typically weighs the needs of users wanting cheap imports (consumers buying goods, European companies using inputs) against the domestic industry. But EU producers wanting protection — such as the groundbreaking glass fibre case we’ve written about — are trying to turn that on its head, arguing that the union’s interest lies in building up domestic capacity in strategic sectors.

However, we’ve also noted before that trade defence instruments are blunt implements to use in industrial policy — as, we suspect, the new competition tools will turn out to be. And even though the mood in Brussels has shifted strongly against China in recent years, the competition and trade directorates (along with some smaller member states) are still regarded by industrial policy types as instinctively laissez-faire. Breton and his allies among the member states, for example, have encountered opposition to their demands to relax EU antitrust laws to allow the creation of “European champions”.

Former trade commissioner Phil Hogan wasn’t entirely subtle in pushing back against Breton’s ideas. And some joint work by the Directorate-General for Trade’s former chief economist and the ECIPE think-tank has tried to reduce fears of strategic import vulnerability by showing that there are actually fairly few products for which the EU is dependent on a small number of foreign producers.

There’s even more of a problem when it comes to guns and money. Compared with the US and China, the EU’s defence budgets are small and fragmented between member states. Nor is there much general support for supply chain development investment kicking around at an EU level. Earlier this year, there was a proposal for a €31bn pot of cash called the Strategic Investment Facility to encourage diversification and resilience. But it was binned during the deal in July on the EU’s budget and recovery spending.

Most of the money for rebuilding economies after the pandemic will be spent at member-state level. The problem with relying on that to construct EU-wide resilience is obvious. France, for example, decided to requisition — some would say expropriate, or use even ruder words — face masks destined for other EU countries during the pandemic. It’s risky to assume money to create supply chain capacity in France will necessarily benefit the union as a whole.

Absent EU-level powers and spending, a lot of the plans are about building public-private alliances and facilitating knowledge-sharing and what have you. It doesn’t sound like much against China’s formidable industrial policy machine. We’ll see what they come up with, but it seems to us that the EU hasn’t yet got a way to make its ambitious abstract talk turn real.

Deforestation has been on the rise during the pandemic, and with increasing awareness of the carbon impact of the food system, investors are starting to take note, writes Emiko Terazono. Yet the meat and dairy industry regards both the highlighting of financial risks and demands of divestment as “alarmist”, with some arguing that new technologies in alternative protein production such as microbials and 3D printing could lead to the loss of farming skills and make the food supply “dangerously fragile”. 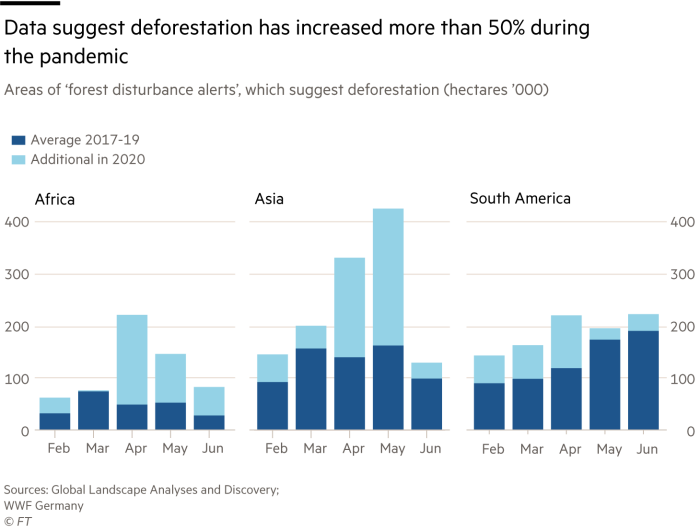 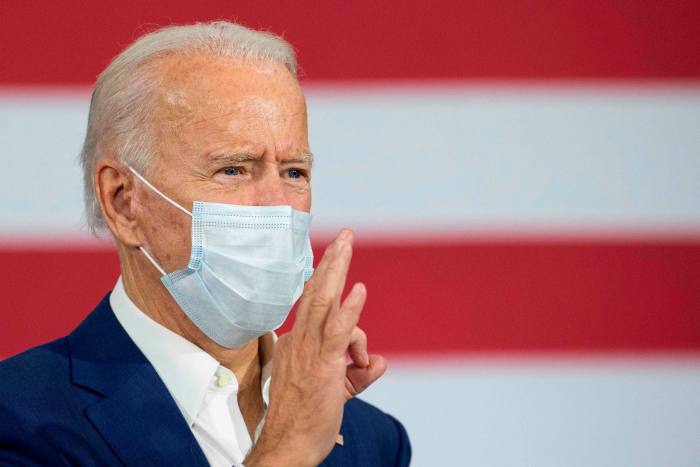 We’re cheating slightly with this one, as the tall tale is a composite of similar things we keep hearing rather than a single specific claim, but anyway. There’s a common refrain in European circles that a Joe Biden administration in the US wouldn’t be much different from that of Donald Trump on trade: the Democrats are always protectionist, Biden is super-keen on Buy American and all that. It’s certainly true there’s no way we’re going back to the days of Clinton, though given that was an era of excessive financial deregulation that gave globalisation a bad name, that’s fine by us. It’s also true congressional Democrats aren’t big fans of preferential trade agreements, though since TTIP is dead whatever happens, that’s also somewhat moot for the EU.

But Biden’s main foreign policy adviser, Antony Blinken, this week attacked Trump’s “artificial trade war” with Europe, said the WTO was a “useful tool”, admittedly in need of reform, and even said the US might look at rejoining the Trans-Pacific Partnership. In other words, Biden might share quite a lot of Trump’s instinct about the risks from China and the need to reshore. But he’s lacking Trump’s wilder ideas (random tariffs against the EU, an obsession with deficits), he’s a coalition-builder rather than a loose cannon and he would surely be a lot more specific and targeted in the tools he used. Seriously, Europe. Cheer up. It could be a lot worse.