With temperatures rising ahead of the November 3rd US presidential election, the world can expect more from such ridicule. Trump's view is clear: China is a global villain who visited a "plague" in the world while stealing US jobs and intellectual property. For his part, Biden has called Xi Jinping, China's leader, "a thug".

What is lost when China is used as a blunt rhetorical tool to win American votes is a sense of how Beijing sees its own historic mission as the world's emerging superpower. These three books, each excellent in its own way, help clear this imbalance.

Two of the books – China's Good War by Rana Mitter and Superpower Interrupted by Michael Schuman – are about history or, more precisely, about the power of history that influences China's self-image and strategic stance. The other book – The Emperors New Road by Jonathan E Hillman – is about how China is projecting its power around the world.

The three are discussed together because – as each author shows in different ways – in China there is little daylight between historical feedback and future explorations. Echoes and rhymes from the past are played in the present with a persistence that is so startling that it can be scary.

Michael Schuman, foreign correspondent in Asia for 23 years, makes a lot of it. He identifies the founder of the Ming Dynasty (1368-1644 AD), the Hongwu Emperor, as the spiritual relative of Xi Jinping. Both not only introduced a more individual rule into the collegiate model that prevailed before them, but also cultivated a sense of victimhood in order to fuel the violent nationalism.

The Hongwu Emperor Zhu Yuanzhang presented his dynasty as a renewal of indigenous Chinese rule after a century of discrimination among the Mongols. Xi characterized himself as an advocate of the Chinese nation after being humiliated by Western powers. "The narrative of Chinese history that Xi's propaganda machine drills into the minds of his modern subjects is a story of national renewal that could easily have been scribbled in a Hongwu edict," Schuman writes.

The “us versus them” mentality that Xi advocates – and which increasingly applies to China's dealings with the outside world – was clearly expressed in a speech he gave in 2014 at Peking University.

"Since the Opium War of the 1840s, the Chinese people have long dreamed of a great national rejuvenation," Xi said in his speech. “China used to be a world economic power. However, it missed its chance after the industrial revolution and the dramatic changes that resulted from it, and was therefore left behind and humiliated under foreign invasion. . . We must not allow this tragic story to repeat itself. . . China has risen. It will never again tolerate being bullied by a nation. "

But is China turning inwards again, just like in the Ming? It is as if the country, according to Schuman, went from the kind of openness in the Tang Dynasty (618-907 AD) – when foreigners, their ideas, customs and trade were universally welcomed – to more ming-like Xenophobia has passed over the past four decades.

While Deng Xiaoping, the architect of the Chinese market reforms in the late 1970s, set in motion a period of unprecedented openness and commercial interaction with the outside world, Beijing has cooled significantly towards the west in recent years. Just as the Ming have proven their suspicions of Mongols and other "barbarians" by building the Great Wall, Xi has set up a "Great Firewall" of online censorship to prevent foreign influences from infiltrating China via the Internet. Economic policy followed; Beijing is now openly advocating state actors vis-à-vis private companies and has introduced a more restrictive regime for foreign investors.

The drawbacks of this mentality become clear in Jonathan E Hillman's book. The "Emperor & # 39; s New Road" in the title refers to China's Belt and Road Initiative (BRI), a program launched in 2013 to connect roads, railways, bridges, ports, networks of power cables and other forms of infrastructure build that cost more than $ 1 billion in more than 100 countries. The aim of this major project is to strengthen China's international influence and to win overseas markets for Chinese companies.

Since leaving the station, China's Belt and Road Initiative has turned into a sauce train without a conductor. . . Corruption is widespread. Fiascos are increasing

As Hillman notes, the ambition behind the BRI is unparalleled. Adjusted for inflation, it will cost roughly seven times more than the Marshall Plan, with which the US helped rebuild Europe after World War II. It's also five times more than proposed by the Trump administration and failed to convince Congress to provide infrastructure in the US.

But size is by no means everything. As the reader accompanies Hillman on a trip to several countries participating in China's grand program, it becomes clear that the wheels of the BRI are falling. Corruption is widespread. Fiascos are increasing. A China so acclaimed for planning its own extraordinary development may prove largely incapable of doing the same abroad.

"Since leaving the station, China's BRI has become a sauce train without a conductor," writes Hillman, who works at CSIS, a Washington-based think tank. “China's ability to accurately measure or even manage these activities has already exceeded the feverish pace. Corruption and the search for pensions thrive in chaos. "

Overall, the book points to a central, unsolved paradox of China in the world. While Chinese companies are now at the forefront of global technology and their construction giants are world leaders, their governance models have barely evolved since the Ming Dynasty. BRI projects are designed in secrecy, are mainly financed by large state banks and are hardly or not at all checked socially, ecologically or financially by the people in the recipient countries.

Hillman's book is most beguiling when telling the stories of its travelers. Once it is in Aktau, a port on the Kazakh side of the Caspian Sea. This is an important link for the BRI, a place from which cargo and people on ships connecting Asia and Europe cross the vast inland sea. 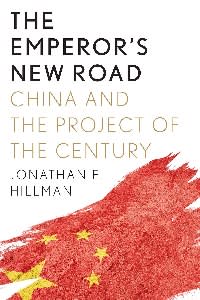 But Aktau has apparently not received a memo on the importance of the BRI. The place seems to work according to its own time concept and with little consideration for trade. At Caspian Shipping Company, which has a local monopoly on ferry tickets, Hillman asks when the next boat is allowed to leave.

Of course, not all BRI projects have failed and many are still under construction – such as a 6,617 km high-speed line from southwest China to Singapore and a $ 5.8 billion hydropower plant in Nigeria. But Hillman's book highlights a stark reality: China has yet to find a way to project its influence beyond its borders in a way that bolsters its national standing. Despite all its great ambitions, the BRI has so far succeeded in demonstrating to the world that its governance model is not working.

This point is vital because, until the BRI is reformed, it will continue to undermine China's efforts to improve its image in the world and strengthen its claims as a great power. Rana Mitter, a professor at Oxford University and one of the world's leading sinologists, examines such claims in the Good War in China.

The title of the book is supposed to be a bit ironic. In human terms, China lost at least 10 million Chinese civilians and about 4 million Chinese and Japanese soldiers in the war against Japan in World War II. However, the sense in which the war was "good" lies in the fact that China prevailed and Beijing was able to participate in the creation of the post-war order.

"Beijing is now arguing that China was a creator of the 1945 order and that the threat to this order comes from the United States, not China," writes Mitter. "China is creating a memory circuit to build its standing and authority at home and abroad, and to compete with the long-established memory circuit that promotes the United States' narrative liberating the Asia-Pacific region." 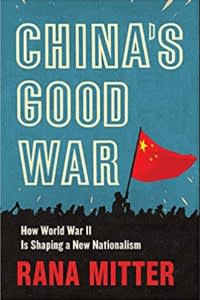 Such a narrative is a rewording of China's recent history and foreshadows potentially great changes in China's strategic stance. Until recently, the war years had been a badly neglected aspect of China's own historical experience, dwarfed by the glow of the Communist Party's founding myth, which coincided with the same period.

But now Beijing is going all out to bring the war back into its conception of nationality. The Second World War takes on a new meaning in films, seminars, mass parades and television documentaries. Xi himself reinforced the discourse with his statement that China was the first to sign the UN Charter and that “China essentially defines China as the heir and protector of the order after 1945,” writes Mitter.

The move also has a very modern strategic purpose. By highlighting its wartime role and seeking international recognition for its great sacrifices, Beijing seeks to reinforce the territorial claims of the nationalist government, which has fought much of the war, over much of the South China Sea and elsewhere.

"In the future, we will learn more about China's claims to a greater role in building order in Asia and around the world," writes Mitter. “Some of these claims will no doubt be compelling. China is not afraid to wield its power in deeply non-liberal, non-cooperative ways, such as militarizing the South China Sea and using economic boycotts to harm Taiwan's economy. "

Each country channels its own story in dealing with the outside world. However, China's history is so long and varied that it can be difficult to know which echoes in Beijing are loudest at any given time. These three books enable the reader – and the next US administration – to prepare for what China might do next.

The emperor's new street: China and the project of the century, by Jonathan Hillman, Yale, MSRP USD 28 / GBP 20, 304 pages