The UK said on Wednesday it would not tell the EU about its detailed plan for a post-Brexit state aid regime until next year, in a move that prompted anger in Brussels.

Business secretary Alok Sharma said the design of the UK’s new subsidy regime for companies would not be finalised until after a public consultation, including with business, due to be completed in 2021.

For now he said only that the UK would follow subsidy rules set out by the World Trade Organization from January 1, after the expiry of the Brexit transition period.

Outlining the ambition of the government’s post-Brexit state aid regime, Mr Sharma said the UK must have flexibility “as an independent sovereign nation” to intervene to support new and emerging industries as well as protect jobs.

He also said the government wanted a competitive, dynamic market economy. “Our guiding philosophy remains that we do not want a return to the 1970s approach of picking winners and bailing out unsustainable companies with taxpayers’ money,” he added.

Brussels, which is seeking full details of London’s state aid plan as part of talks on the future EU-UK relationship, believes resolving the issue is vital to designing the underpinnings of a trade deal between Britain and the bloc.

One EU official said the lack of detail would not sink the talks on a trade deal but was in itself “provocative”. “Given the fact we’ve been waiting for details since March, that’s tantamount to taunting us,” added the official.

Brussels entered the future relationship negotiations demanding Britain’s continued alignment with EU state aid rules, but over recent months it has pivoted to a strategy of calling for common high standards, with legal guarantees in the trade deal that neither side will seek an unfair competitive advantage over the other.

For the EU to get those kind of assurances, Britain would need to spell out its plan regarding future enforcement of subsidy rules, including the creation of an independent regulator.

But this will form part of next year’s public consultation, said Mr Sharma. 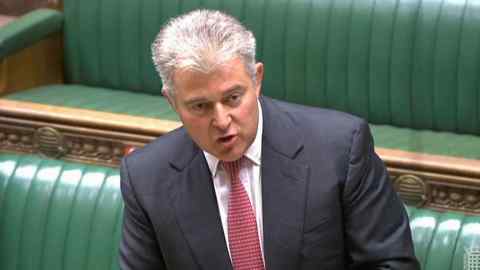 For now the government said it did not want to echo the “unique” EU state aid rules.

Downing Street highlighted how most countries do not have a state aid regime equivalent to the EU, where any government intervention that could amount to a subsidy has to be notified in advance to the European Commission.

The government said that WTO rules would be a sufficient common standard to govern the financial assistance provided by the UK to companies.

The rules set by the WTO, which apply to goods rather than services, prohibit subsidies to companies in two circumstances.

They ban subsidies that either lead to an increase in a company’s exports, or that result in a group making greater use of supplies provided by domestic businesses at the expense of those made by overseas competitors.

For all other subsidies, the WTO provides a dispute resolution mechanism for state aid disagreements between countries.

Under the Brexit deal finalised by Theresa May’s government with the EU, which was never approved by the UK parliament, Britain would have committed to “dynamic alignment” with existing EU state aid rules. The UK regime would have been supervised by the Competition and Markets Authority.