UK monthly mortgage approvals surged to a near 13-year high in August supported by pent-up demand being released as consumers resumed spending and the government’s stamp duty holiday.

Approvals for mortgages for home purchases in the UK jumped to 84,7000 in August from 66,300 the previous month, the highest level since October 2007 and well above the 66,200 average of the three years to 2019, Bank of England data showed on Tuesday.

August’s increase was a confirmation of the summer mini-boom in the housing market, prompted by the government’s stamp duty holiday which began in July and runs to the end of March 2021.

“The market has been buzzing during what is usually a quiet, holiday month as buyers, free from lockdown restrictions, got on with moves to the country and took advantage of the stamp duty holiday while they can,” said Jonathan Harris, managing director of mortgage broker Forensic Property Finance.

The sharp rise also reflected pent-up demand accumulated during the lockdown when it was not possible to view or exchange houses.

The figures suggest that mortgage approvals “will remain well above trend for at least another couple of months”, said Samuel Tombs, chief UK economist at consultancy Pantheon Macroeconomics.

However, beyond the autumn, the outlook is more pessimistic. Economists have warned that the government’s job support scheme, which will partly replace the furlough programme when the latter ends at the end of next month, might not be enough to prevent further increases in unemployment.

“While the chancellor’s job support scheme announced in late September should have some degree of limiting impact on the increase in unemployment in late-2020 and early-2021, a significant rise in unemployment still looks more likely than not,” said Howard Archer, chief economic adviser to the EY Item Club.

This will “fuel caution on committing to buying a house”, he added.

Separate BoE data showed that consumers have stopped hoarding cash in their bank accounts: deposits increased by £5.2bn in July, in line with the average for the six months before the lockdown and well below the increases in March to June. 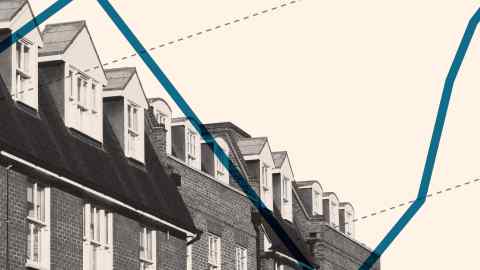 Yet, experts said that precautionary saving might soon return.

“A large proportion of households are likely to shift to precautionary saving in anticipation of further economic turmoil caused by the reintroduction of stricter local lockdown measures,” said Alistair McQueen, head of savings and retirement at the insurance company Aviva. “This will dent consumer spending, which will curb the UK’s economic recovery.”

Lending to individuals in August, also reported by the BoE on Tuesday, was rather weak, at £300m — down from £1.1bn in July. This suggested “that consumers are becoming wary again about financing big ticket purchases with credit”, said Thomas Pugh, UK economist at consultancy Capital Economics.

Coupled with the disruptions caused by the prospect of a no-deal end to the Brexit transition, he said: “We doubt that the economy will grow by much, if anything, over the next few months.”