Hello from Washington, where Mexican president Andrés Manuel López Obrador is visiting to celebrate the US-Mexico-Canada Agreement — or as the Canadian government likes to call it, “the new Nafta” — coming into force. Canadian prime minister Justin Trudeau will remain in Ottawa for the “long-planned sitting of parliament” and “scheduled cabinet meetings”, his spokesperson has said.

Our main bar today is on the other piece of trade news to come from DC this week — the start of the US-Kenya talks — while our person in the news is Kenyan president Uhuru Kenyatta, who besides getting started on talks with the US, is launching UK talks too. Our chart of the day looks at rising pork prices in China thanks to import restrictions.

“Kenya . . . is basically a trailblazer, we’re not just going to be a dumping ground for goods,” said Kenyan president Uhuru Kenyatta last month. He was speaking ahead of the start of Kenya’s trade talks with the US, beginning formally this week.

Any deal would indeed make Kenya a trailblazer. The US administration, which has traditionally taken a multilateral approach to trade with Africa through the African Growth and Opportunity Act (Agoa), is looking to start dealing with African countries bilaterally, and it’s starting with Kenya. The agreement would be the first trade deal between the US and a sub-Saharan African country.

Speaking on Capitol Hill a few weeks ago, Bob Lighthizer said that while Agoa was a “good programme”, it didn’t require many obligations from African nations. “We want to have trade, but we want to build up this legal and regulatory infrastructure so that people have confidence when doing business there and that will make Africa more prosperous,” he said.

Agoa, which is set to expire in 2025, gives nearly 40 African states tariff-free access to the US for about 6,500 products. Lighthizer said he wanted to get a “real FTA” with Kenya, and then replicate that elsewhere on the African continent. In its already unveiled negotiating objectives for the deal, Washington has said it wants “comprehensive market access” to Kenya’s agricultural sector and duty-free access for US apparel.

That idea has not overjoyed everyone. There’s some anger with Nairobi among fellow African governments for going it alone instead of negotiating with the US as part of the 54-member African Continental Free Trade Area, which has an agreement coming into force this month. There are fears, too, that Kenya could provide an entry point for US goods into the African continent, as many goods can cross borders into east Africa from Kenya free of tariffs.

There are also some worried faces in Washington. Top trade Democrats agree with Lighthizer that Agoa does not require reciprocal market access. They point out that Agoa is not supposed to be a trade agreement. Instead, it offers the US market access in exchange for human rights and rule of law commitments. A trade agreement would entail a different relationship. As one aide put it, “you are transitioning from a purely development tool, which is the preference programme, to a type of economic partnership”. Similar dynamics have played out in US trade agreements in Central America, Colombia and Peru, which Democrats are studying. “We’re very interested in exploring the power of the trade agreements to be a force for good for development,” said one aide. But they added: “We’re going into this very blind, in terms of whether what we might be doing here is helping Kenya or actually will really hurt.” An open question among some on the Hill is whether opening Africa to advanced and efficient US agricultural exports will help or disrupt Kenya’s farming communities and industry.

In February, Macharia Kamau, Kenya’s principal secretary for foreign affairs, said Kenya was aware of the need to move cautiously in terms of reciprocity, and to protect infant industries and services. But even so, the early signals are that a trade deal between the US and Kenya will not be straightforward, either in negotiation, or when it comes time to take it to Capitol Hill.

Chinese consumers are facing a fresh increase in meat prices and an uptick in food-price inflation after Beijing suspended imports from a swath of overseas processing plants because of concerns that Covid-19 outbreaks in the plants risked importing the virus back into the country. Chinese pork prices have rebounded by almost 50 per cent since this year’s low in May — and analysts expect domestic meat suppliers will struggle to meet demand. 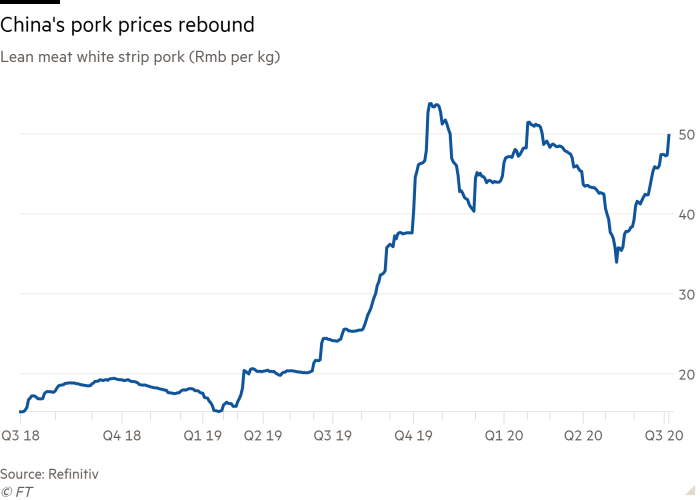 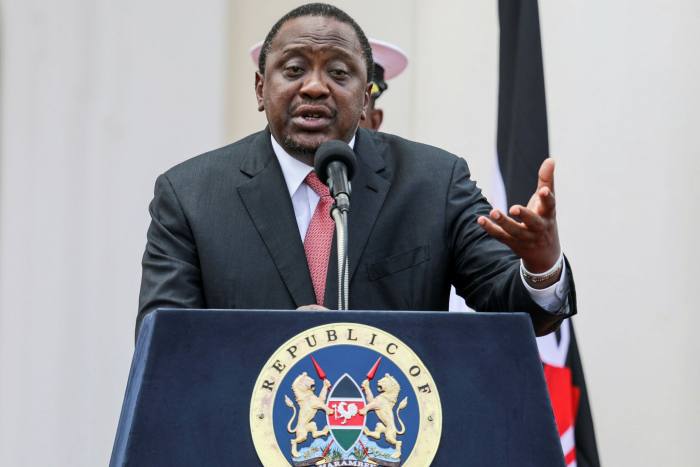 Kenyatta has been busy. Not only is his government starting trade talks with the US this week, he also agreed to start negotiations with the UK on a call with prime minister Boris Johnson. We can only imagine that they chose not to speak of the time Kenyatta appeared to forget who Johnson was and referred to him as “the bicycle guy” in 2018 when he was UK foreign secretary.