Hello from Brussels. This week Germany took over the six-month rotating presidency of the European Council. It was supposed to be a big moment for trade. Berlin was going to get the EU-Mercosur deal on the way to ratification and help sort out an investment treaty with China, with a big EU-China summit planned for Leipzig in September.

Covid-19 has done for the summit and Chinese economic nationalism, most likely, for the investment treaty. Germany’s multinationals, always eager to export and invest in China but increasingly annoyed about being ripped off there, will be disappointed. As for Mercosur: we’ll come back to it in future newsletters, but getting it ratified is going to be less a walk in the park than a hack through burning jungle.

Today’s main piece is on how events in the Airbus-Boeing dispute are a fresh irritant between the EU and the US, while Tall tales of trade looks at US President Donald Trump’s claim that the new USMCA is a huge improvement on Nafta. A decline in FedEx freight volumes is our chart of the day, with a link to an FT piece on how the pandemic is forcing companies to increase reliance on automation.

You know what the fraught US-EU trading relationship really needed? Another chance for the Americans to wound European exporters with tariffs against which Brussels can’t hit back.

This one comes with a refreshing dash of irony. Unlike the unilateral Section 301 tariffs that US trade representative Robert Lighthizer is threatening against the EU for digital services taxes and agricultural regulations, these duties are authorised by the World Trade Organization as part of the interminable Airbus-Boeing dispute. To the immense annoyance of Brussels, its ability to respond has been delayed by the pandemic. In other words, the WTO that Lighthizer so disdains has legitimately given him the chance to lacerate EU exporters while Brussels sits by helplessly.

The sequence is this. Last year the WTO authorised the US to impose 100 per cent tariffs on $7.5bn of imports from the EU because of illegal state subsidies to Airbus, following the latest iteration of litigation dating back to 2004. Although showing relative restraint and not using its full space for manoeuvre, Washington in October imposed a substantial range of tariffs on goods ranging from aircraft themselves to wine, cheese and olive oil, and in March increased the aircraft tariffs somewhat.

In October, Washington imposed a range of tariffs on goods ranging from aircraft and wine to cheese and olive oil © Jeff Pachoud/AFP

The Europeans gritted their teeth and waited for their own authorisation of duties by the WTO — following a ruling over illegal tax breaks for Boeing — which was due in June. They believed those tariffs would force the US to the table to negotiate a new long-term settlement on aircraft subsidies, and hoped the USTR might start even before the award was made.

They hoped wrong. The US has refused even to engage in talks, milking its tariff authorisations as long as it can. Moreover, last week, never missing an opportunity to pick up a weapon and start waving it menacingly, Lighthizer started consultations on causing more damage by switching the tariff burden to different imports from the EU and increasing some existing duties.

Now comes the blackly funny bit, though it’s less amusing if you’re European. The pandemic has delayed the EU’s tariff authorisation since super-confidential (because they are market-sensitive) papers relating to the case could not leave a room in the locked-down WTO building in Geneva. Meanwhile, the members of the dispute panel are in wildly different time zones and so struggle to have regular discussions.

There is intense irritation in Brussels at the WTO’s apparent inability to master Zoom, but there you have it. The EU’s ruling now won’t come until September at the earliest. Add a few weeks for Brussels to consult on what US products to hit, and tariffs won’t be going into place until shortly before November’s election. The EU can do the usual thing of going after products from swing states to maximise political damage but there won’t be much time for any actual impact on trade. In any case, Brussels fears the award might be a lot less — a lot less — than the $10bn or so it was originally seeking. In the meantime Lighthizer can entirely legitimately put tariffs on imports of French cashmere sweaters or whatever amuses him.

The glow of satisfaction from doing things by the multilateral book isn’t keeping many people warm in Brussels right now. Airbus-Boeing is precisely the sort of dispute the WTO ought to be able to defuse, its rulings providing a framework for a lasting negotiation. But it’s quite possible US tariffs stay on imports from the EU indefinitely, Lighthizer considering that the sheer joy of having them in place is worth the cost.

The Airbus tariffs shouldn’t really be bracketed with outlandish US actions like the national security tariffs on steel and aluminium. If anything they’re an island of rules-bound multilateral due process in an ocean of power-based trade politics. But for the EU, the US’s refusal to talk until it has to goes against the multilateral spirit.

It doesn’t help the transatlantic relationship for the USTR to have a weapon — Lighthizer’s lightsaber if you will — that the EU does not. And it’s yet another reason that Brussels will be profoundly relieved if it turns out they will have Joe Biden’s USTR to talk to next year instead.

At a FedEx Ground site in North Carolina, autonomous carts are used to unload packages from conveyor belts. DHL Supply Chain uses artificial intelligence software to assign robots for specific tasks at its depot in Wisconsin, while logistics company Geodis uses robots to haul goods and minimise human tasks at its plant in Texas. The adoption of such technologies is expected to grow as the Covid-19 crisis forces companies to reduce human interaction in the workplace and increase their reliance on automation. Read more 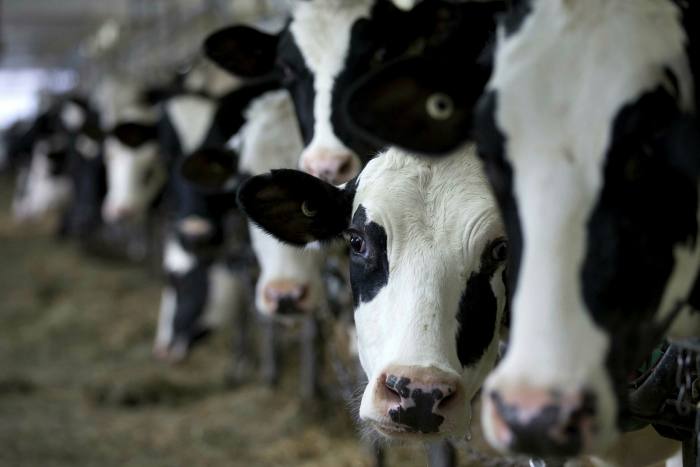 Remember when Donald Trump was going to rip up Nafta, or substantially rewrite it? Here he is on the stump in 2016: “I’m going to tell our Nafta partners that I intend to immediately renegotiate the terms of that agreement to get a better deal by a lot. Not just a little, by a lot for our workers.” Yesterday Nafta’s replacement, the less elegantly named USMCA (US-Mexico-Canada Agreement), came into force. So? Meh. Some tightening of the rules of origin for auto manufacture. A bit of access to the tightly protected Canadian dairy market. A few cuts to metals tariffs. A lot more paperwork. The negotiators who deserve most credit are the Canadians and Mexicans (one of whom, Jesús Seade Kuri, is now standing for director-general of the WTO), who managed to minimise the damage.

To be fair, there’s some weightier stuff on labour standards, making them more enforceable and getting Mexico to change its employment legislation. But that was the doing of congressional Democrats, who insisted on labour provisions anathema to traditional Republicanism. Meanwhile, a lot of uncertainty for business and tension between the governments lie ahead as they try to implement the complex regulations. A fundamentally better deal, a markedly different one? No. Another Trump misadventure.

Paschal Donohoe, Ireland’s finance minister, has warned the EU against giving up on a global initiative to extract more tax from digital companies as he makes his pitch to lead the group of eurozone finance ministers.
Read more

A Californian manufacturer of beauty products has filed two lawsuits against Coty and celebrity sisters Kim Kardashian-West and Kylie Jenner, alleging that their recent tie-ups amount to a theft of its trade secrets. Read more

Margaret Thatcher once told me she would never allow “the Belgians” to decide the value of the British pound, writes Philip Stephens. At the time, the then prime minister was battling her chancellor Nigel Lawson’s plan to fix the value of sterling in the European exchange rate mechanism. For some reason she had identified me as one of the chancellor’s confidants. “The Belgians”, equally inexplicably, was her shorthand for the EU.
Read more

Malaysia’s Top Glove, the world’s leading producer of rubber surgical gloves, will invest $700m to upgrade its production facilities with automation and artificial intelligence, in a bid to reduce dependency on migrant workers.
Read more