Welcome to the Due Diligence briefing from the Financial Times. Not a subscriber? Sign up here. Drop us a line and join the conversation: [email protected]

The TikTok saga is all about politics, and a bit of business

That was a popular reaction after DD’s Miles Kruppa and James Fontanella-Khan broke the news that the software company founded by Larry Ellison, pictured below, was working with US investors to buy the viral video app. The confusion is understandable.

After all, why would the company that makes the software to file your corporate expenses, among other painful things, want to own the social media company beloved by teenagers?

In fairness, the same questions are valid for Microsoft. The technology group has been in pole position to buy TikTok since US President Donald Trump ordered the Chinese owner of the app, ByteDance, to sell its US operations due to national security concerns.

Lex says that the rationale for either of the companies, which compete in the enterprise software and cloud space, is “nebulous”. But it concedes that at least Microsoft has a consumer (Xbox) and social media (LinkedIn) business that might help explain their efforts. Oracle’s interest remains a head-scratcher.

The lack of a straightforward industrial rationale for either company just highlights how this deal is being driven more by political interests than business synergies.

Here’s something to consider, though. Ellison is a rare breed of Silicon Valley billionaire who openly supports Trump. (Apart from Peter Thiel, the tech industry swings largely to the political left.)

In February, Ellison threw a fundraiser for the US president’s 2020 re-election campaign, sparking protests among Oracle’s more liberal rank-and-file.

In the 2016 Republican primaries, she donated the maximum personal amount to Marco Rubio, the Florida senator who has been a vocal critic of TikTok. Later, she served on Trump’s transition team. So it’s no wonder that observers are asking whether Ellison’s involvement might be a way to help his man in the White House. (Watch what Walt Mossberg, who has followed Oracle for decades, has to say about this on CNBC.)

It appears that investors involved in the discussions, led by General Atlantic and Sequoia Capital, are also taking some comfort in those cozy relationships. Though Microsoft said US investors could participate in the TikTok spinout, it is unclear how seriously it meant that promise.

Does DD think this is all a big political game for Oracle?

People with direct knowledge of the matter seem to substantiate that. But there’s more to it. For Ellison’s Oracle, the sale of TikTok is a rare opportunity to become an investor in a booming growth company. (TikTok has been downloaded by more than 2bn people globally.)

Oracle is also retreating from China, so the risks of blowback from Beijing for taking over TikTok are fewer than the ones faced by Microsoft, which does a lot of business for the Communist government.

And don’t forget — while TikTok’s user data could be useful to, say, a foreign government, it could be just as valuable to a company like Oracle. But really, don’t overthink it.

The drama never ends at Lagardère

If Arnaud Lagardère, pictured below, was as good at generating profit as he is at generating drama, the French publishing and retail company he runs would not be in such dire straits.

At Lagardère, which was founded by the chief executive’s père, the fils is fighting to keep control after France’s fiercest corporate raider Vincent Bolloré flipped from friend to foe in barely four months and became the largest shareholder with a 23.5 per cent stake. 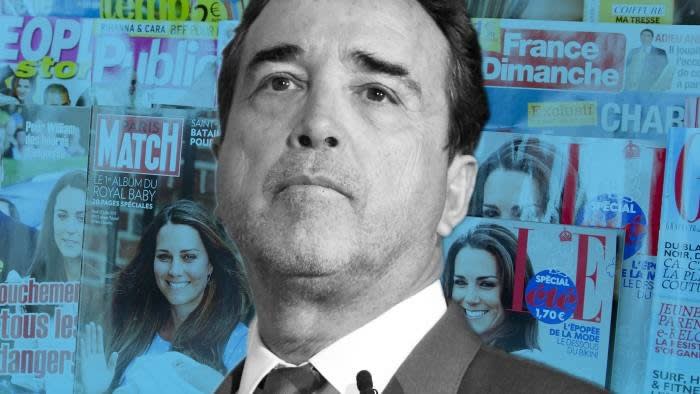 All the baroque back-story can be found here and here, but the latest twist happened late on Monday when the board renewed Arnaud’s mandate as general partner and chief executive seven months early so as to pre-empt an expected push from Bolloré to unseat him.

The move in this billionaires’ game of thrones seems to be a reaction to Bollore’s recent pact with activist investor Amber Capital; the two have banded together to seek board seats.

Their barely concealed goal was then to push out Arnaud and get rid of the arcane governance and legal structure of the group known as the commandite.

They may have been thwarted for now by the board’s pre-emptive move, but there are surely further clashes ahead.

The curious case of the cash that went missing from Citigroup

Thirty-five years later, the lipstick and mascara makers’ manoeuvres are again must read fodder. But this time, it’s not just Revlon that has found itself in court.

Citigroup is trying to recoup $900m after it mistakenly transferred millions of dollars to some of Revlon’s creditors, and on Monday it filed suit against one that had refused to return the money. The New York-based bank has not yet explained how exactly it made the nine-figure error. In its suit against Brigade Capital, one of the Revlon creditors it paid, Citigroup said the hedge fund was only meant to receive $1.5m. Instead, Citi wired it $176m.

Several of the creditors have refused to return the cash. Only days before the payments were made, a group of lenders had sued Revlon and Citi alleging that Revlon had violated their credit agreements when it raised cash in 2019 and 2020. Revlon had turned to a tactic other distressed companies have used in recent years that has earned the nickname of “getting J Screwed”.

The transferred money has since been frozen by a New York judge and a briefing has been set for Wednesday. The arguments will probably hinge on whether both parties — Citi and Brigade — knew the transfer was a mistake.

This line in a court filing from Brigade stood out to DD:

It is not believable that a sophisticated institution like Citibank could have transferred nearly $1 billion, in the exact amount outstanding under the 2016 Credit Agreement, in error.

Perhaps the hedge fund needs a reminder that fat-finger flubs haven’t been completely stomped out.

Boilerplate Buffett The Oracle of Omaha’s timid trades — from a gold miner to dropping exposure to certain banks — send an ominous message about his views on the state of the economy. (FT)

The ‘Splinternet’ Beijing has long sheltered its citizens from foreign tech companies, but Trump’s tit-for-tat retaliations in crucifying Chinese exports TikTok and WeChat could fracture the cyber landscape beyond the feuding superpowers and into the broader global network. (NYT)

Hanging by a thread White-collar job security is becoming a thing of the past in the UK as furlough schemes draw to a close and dealmaking slows under the looming threat of a second wave of the coronavirus. (FT)

Marks and Spencer to axe 7,000 jobs over next three months (FT)

Walmart pushes ahead as a pandemic winner (FT)