Amazon has said an email sent to employees asking them to remove the video-sharing app TikTok from any mobile device that can access their company email was sent in error.

An internal memo sent to staff earlier on Friday had said employees should delete the app over “security risks”.

The app, owned by a Chinese company, has come under scrutiny because of fears it could share data with China.

TikTok said it did not understand Amazon’s concerns.

“This morning’s email to some of our employees was sent in error. There is no change to our policies right now with regard to TikTok”, a company spokesperson told the BBC.

But earlier on Friday, a memo sent to staff seen by multiple news outlets stated that the app must be removed from mobile devices.

“Due to security risk, the TikTok app is no longer permitted on mobile devices that access Amazon email.

“If you have TikTok on your device, you must remove it by July 10 to retain mobile access to Amazon email”, it read.

TikTok said the company had not received any communication from Amazon before the email went out.

Artificial intelligence-powered short video app TikTok is one of the most downloaded mobile apps in the world, and its popularity has only grown during the coronavirus lockdown.

This has drawn the attention of the Trump administration – on Monday, Secretary of State Mike Pompeo told Fox News that it was considering a ban on Chinese social media apps.

Mr Pompeo went so far as to say that TikTok users risk their private information ending up “in the hands of the Chinese Communist Party”.

TikTok is owned by Chinese start-up ByteDance, which has taken pains to point out that its chief executive is American.

It has also said publicly several times that it has never, and will never, share TikTok users’ data with the Chinese authorities.

And on Friday, the firm decided to halt its operations in Hong Kong – a move designed to show its distance from the Chinese government.

But many people use their smartphones for both recreation and to access their work email accounts.

TikTok is on many personal smartphones, and with rising numbers of cyber-security vulnerabilities regularly being discovered in both the Android and iOS mobile operating systems, perhaps Amazon is now starting to worry whether the app could perhaps be used to infiltrate devices.

“We still do not understand their concerns, we welcome a dialogue so we can address any issues they may have and enable their team to continue participating in our community,” TikTok said. 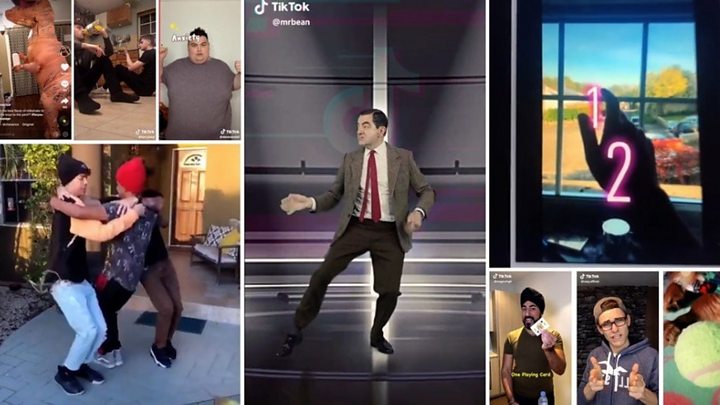 Media captionWATCH: Fans are accusing TikTok creators of exploiting them for cash

TikTok was launched outside mainland China by Beijing-based ByteDance to reach a global audience. It increased its popularity during the global coronavirus lockdowns with about 315 million people downloading the app in the first three months of this year, according to research firm Sensor Tower.

US Secretary of State Mike Pompeo and an Australian member of parliament have recently suggested the app needs more scrutiny over its data and privacy policies because its headquarters are in China.

Mr Pompeo has banned Department of State employees from downloading the app and suggested it could also be banned in the US.