I often make the argument that pushing up minimum wages and labour standards, and enforcing both better, can be good for productivity. It creates incentives for businesses to upgrade machinery, invest in technology, train their workforce and organise their production processes better. Those that do not will gradually be displaced by those more productive businesses that do.

It is fair to ask if this is still a good guide to policy in a crisis as enormous as the one we find ourselves in today. With much of Europe holding its breath to see how many people will go from expiring support schemes into unemployment, is it not dangerous to push for better jobs when we should focus on getting people back into whatever work can be found? Must not quantity go before quality?

I was asked just this question at a recent panel discussion, where I gave three reasons to reject the seemingly commonsensical view that there must be a trade-off between job quality and job quantity.

First, the crisis has exposed that bad jobs make people less able to bear risk. When you are working hand to mouth and struggling to find enough time to combine jobs and family obligations, you are less likely to have financial buffers, and a job loss is likely to be a serious disruption. It also turns out that the “precariat” — those in irregular, unpredictable and low-paid work — can be very hard to reach with urgent income support.

What this means is that a greater presence of low-quality jobs amplifies the fall in aggregate demand during economic crises, because it means more people are forced to cut back on their spending rather than rely on own savings or income support schemes. But this, of course, means a greater fall in employment as more employers see their demand disappear. In other words, far from a trade-off between quality and quantity of jobs, in a crisis job quality contributes to job quantity (and a lack of quality means more jobs are lost).

Second, there is now plenty of evidence that in normal times, employment need not suffer from policies to make jobs better by raising minimum wages. Other policies that require employers to treat employees better — such as safety standards or predictable hours or shift patterns — are likely to have the same benign effect on employment. From an economic perspective, they are similar to wage floors insofar as they force employers to absorb more of the cost and risk of employing people.

There are reasons why this should be so. The total amount of work available depends, above all, on the level of aggregate demand, which is amenable to macroeconomic policy. If raising wage floors and labour standards on their own create incentives to employ less (but for better jobs), a more aggressive macroeconomic stance can offset this incentive. Similarly, governments can cut labour taxes to compensate employers for the extra burden. But the burden has a function: it seems to reallocate jobs to more productive companies that can afford to treat workers better.

Ideally, most employers can find ways to employ their existing labour more productively and thereby also afford to pay more. Which brings us to the third reflection. An aggressive policy to improve the quality of jobs by demanding more of employers is clearly a disruption. But the pandemic has already brought businesses their deepest disruption in generations. All companies are having to think hard about how to reorganise their production and their workforce. Far from being scared to add to the burden of business at a difficult time, however, this is precisely when we should raise the bar to get rid of unacceptably low-paid jobs or unfair and unsafe treatment in the workplace. It is when they have to change their practices anyway that we should ensure those changes are also in the direction of higher-quality work.

To take the crisis as a reason for caution, in other words, is likely to waste a unique opportunity to accelerate a shift towards an economy that can work better for all. 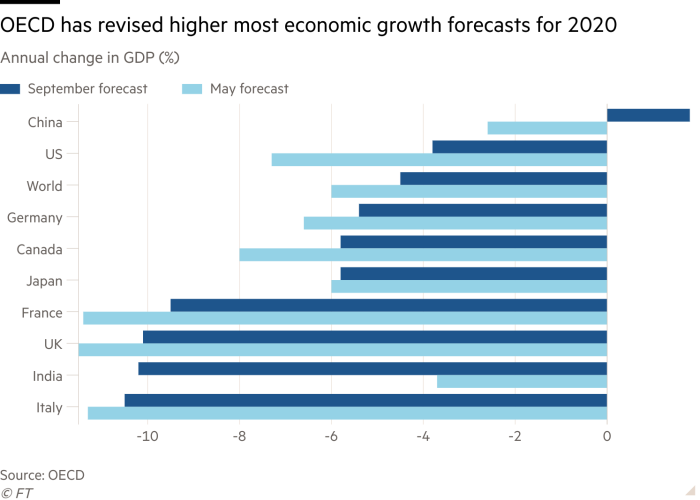