The IMF’s World Economic Outlook Update for June is not a cheerful document. Yet it does contain a cheerful point: the second quarter of 2020 should be the nadir of the Covid-19 economic crisis. If so, the challenge is to produce the best possible recovery.

The downgrade of the IMF’s forecasts since April is large, with global growth forecast at minus 4.9 per cent this year, down from minus 3 per cent in April. Next year’s growth is forecast to be 5.4 per cent. Global output is, as a result, expected slightly to exceed 2019 levels in 2021. Yet, in the fourth quarter of 2021, the gross domestic product of high-income countries would still be below levels in the first quarter of 2019. Output would also be some 5 per cent below levels implied by pre-Covid-19 growth trends.

We have been living through what the Bank for International Settlements in its latest annual report, calls a “global sudden stop”. The International Labour Organization states that, globally, the decline in work hours in the second quarter is likely to be equivalent to the loss of more than 300m full-time jobs.

The IMF rightly stresses these uncertainties: the duration of the pandemic and additional national or local lockdowns; the extent of voluntary social distancing; the severity of new safety regulations; the ability of displaced workers to secure employment; the longer-term impact of business closures and unemployment; the extent of reconfigurations of supply chains; the likely damage to financial intermediation; and the extent of further dislocations of financial markets.

The policy response has correctly been on an unprecedented scale for peacetime. The IMF forecasts that government debt will rise by 19 percentage points, relative to GDP, this year. Central bank’s policies have been no less astounding. The support by the fiscal and monetary authorities is also revolutionary in nature. Governments have emerged as insurers of last resort. Central banks have gone far beyond responsibility for banking. Where needed, they have taken responsibility for the entire financial system. Indeed, with its interventions, including swap arrangements with other central banks, the US Federal Reserve has taken responsibility for much of the global financial system.

Desperate times dictate desperate measures. Under the management of Agustín Carstens, former head of the Mexican central bank, the BIS rightly endorses the actions of central banks. Its report explains that central banks have two objectives: “to prevent long-lasting damage to the economy by ensuring that the financial system continues to function” and “to restore confidence and shore up private expenditures”. This is not the end of massive interventions. It may not even be the end of their beginning. Huge uncertainties lie ahead. But, as Christine Lagarde, president of the European Central Bank, has recently noted, quoting Abraham Lincoln, “The best way to predict your future is to create it”.

So how should we create the future we should want, one in which there is the least possible damage and the strongest feasible recovery into an economically sustainable future? That is the task leaders should now be approaching.

For the immediate future, the important challenge remains to minimise the damage to health and the economy done by Covid-19. To achieve this, strong co-operation remains essential. 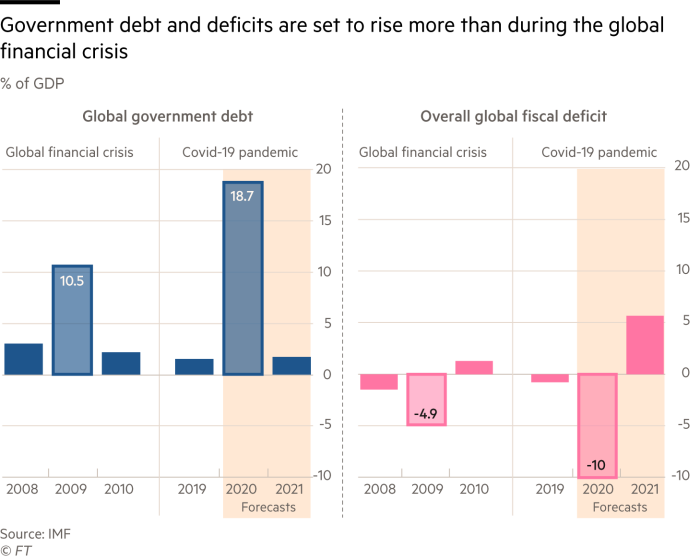 This will be particularly important for emerging and developing countries, who still need substantial help. The IMF has already agreed programmes to help 72 countries in two months. Yet, despite the improvement in financial markets, debt relief and additional official support will be required in the months and, almost certainly, years ahead.

As lockdowns end and economies recover, it will also be essential to shift policies towards promoting recovery and vital to avoid the mistake of the period after the 2008 financial crisis, by switching too soon from support towards fiscal consolidation and monetary tightening. Continued aggressive fiscal and monetary policy will be needed to bring idle resources back into use and shift economies towards new activities.

The new economy into which we emerge will — and should — be different from the old one. It will need to take advantage of today’s technological revolution towards virtual and away from constant physical interaction. It will also need to provide the people who have been most hard hit with a better future. It will need to accelerate the shift towards a more sustainable economy. 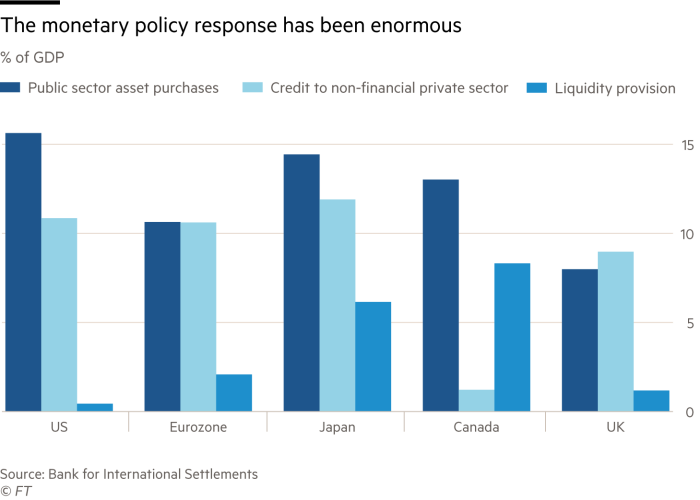 By sustaining demand, policymakers can make such shifts far easier. Yes, there are some risks consequent upon doing this. But they are far smaller than the political and economic outcome of another round of austerity borne by the beneficiaries of public spending. This time must be different.

Above all, government is back, as is a desire for competence. Anti-government politicians have been able to turn their own failures into an argument: who would trust a government run like this? But those with eyes can see that it does not have to be like this. The contrasts between Angela Merkel’s Germany and Donald Trump’s US or Boris Johnson’s UK are just too glaring.

Maybe this disaster will bring one benefit: we will find not just that government is back, but that the demand for sensible government run by competent people is back. That would not make such a calamity worth having. But one should never let a crisis go to waste. Human beings can learn from painful experiences. Let us do so.