Hello from Brussels, where, believe it or not, the Brexit talks have not yet been resolved. Whatever the actual deadline (this point is difficult to agree on on your own), it is rapidly approaching. Once again. Next week is apparently a crunch point, although Brexit, to be fair, had more crunch points than a barrel of Golden Delicious apples and with similarly little flavor.

In the meantime, our Christmas list continues to grow with trade policy buzzwords. The “patriotic globalism” we mentioned last week after discovering a former US Assistant Trade Representative who was using it was briefed again over the weekend by UK Trade Secretary Liz Truss about Britain’s new bilateral agreement with Canada. (See also Lies Vangelis Vitalis, New Zealand’s foremost top trade negotiator, reminded us via Twitter that the Kiwis and their friends in the Asia-Pacific region, including Chile and Singapore, came into play some time ago with “strategic resilience” and a real corker. “Concerted open plurilateralism”. Nice sound, although we’re not sure how to have plurilateralism without acting together. Perhaps it is contrary to a confused plurilateralism of which there are many.

Anyway, big compliments to the concert guys from Wellington, Santiago and Singapore and a strategically resilient Christmas time for all of you. Let them come – we are planning a series of Christmas cards, maybe an advent calendar. today Main piece is due to the EU’s valiant attempts to diversify its access to the critical minerals that the economy needs while ours Chart of the dayshows how coronavirus vaccine hopes have sparked a run on emerging economies.

The Aussies come to the rescue of rare earths in Europe

OK, enough with the diluted EU rhetoric about open strategic autonomy and resilient supply chains and what do you have. Let’s get to the cases. If Europe wants to break its dependence on inputs from China, where do all of the raw materials for making magnets for electric vehicles come from?

Tricky. The EU launched one of the more substantial initiatives in its supply chain strategy this week, a “Commodities Alliance”. The partnership of companies, trade associations and governments aims to ensure access to a total of 30 critical inputs by increasing domestic production and recycling and looking for friendly suppliers abroad. The list of sensitive materials has more than doubled in the last ten years. Well-known suspects, including rare earth elements, have recently been supplemented with lithium, titanium, and bauxite.

Even for instinctive free traders like us, this seems fair enough: the risk of relying on spot sourcing in world markets is obvious. China supplies 98 percent of the EU’s rare earths and has taken advantage of this bottleneck in the past by imposing export controls, diverting production to its own manufacturers and driving up world market prices.

A worker at a rare earth metal mine site in Jiangxi Province, China © Reuters

But it’s going to be a fight. Some of the problems are obvious and long-standing, such as EU environmental and social legislation, which discourages mining. The largest known EU rare earth depository, Norra Karr in Sweden, was closed to further exploration in 2016 by the Swedish Supreme Administrative Court due to environmental risks and it would be difficult to reverse that decision.

Other problems reflect the specifics of the materials involved. Supply chains for rare earths and the like are particularly difficult to diversify. It’s not like finding a new source of crude oil. The materials have multiple stages – degradation, concentration, separation, and processing – that are expensive, complex, and dirty. It is politically and economically cheaper to outsource the nastier parts to Chinese producers, but a monopoly of just one link in the chain gives China the ability to control the whole thing.

When the EU searches for supplier countries to produce materials for their manufacture, it wants stable, environmentally conscious and economically advanced allies able to replicate the entire value chain. Several ears around the world poke over it, but few are as eager as those in Canberra. Australia is rich in rare earths, and while its green record isn’t exactly perfect – the denialism of climate change some of its politicians are doing is not helping – it certainly isn’t China on environmental and labor standards.

Australia’s famous high-performance export promotion machine saw an opportunity and took action. The government established a Critical Minerals Relief Bureau in January to position Australia as a reliable supplier of these goods. Office director Jessica Robinson said at a seminar attended by European officials and companies last week that mineral processing, separation and mining would need to be up and running in order to provide full service to advanced manufacturing economies like the EU . “It really takes a coordinated collective effort,” said Robinson. “There is a need to help the private sector recognize the urgency of investing in raw materials that are needed to support downstream activities.”

However, a patched network of companies in Australia and the EU with limited public support will struggle to hold their own against Chinese producers. China already has an entire “mine to magnet” value chain for the components and its own advanced manufacturing in sectors such as electric vehicles. People in the materials industry say that China is also able to maintain its dominant position by indefinitely subsidizing costly parts of the process and discouraging competitors. The US and others won a World Trade Organization case against China against export controls on rare earths in 2014, but other companies in the industry believe that China will still manage to manipulate quantities and prices along the supply chain.

We wish the EU, and indeed Australia, good luck. The bloc has recognized a real problem and has mobilized what instruments and alliances it can do. But it is against Beijing in a game of low costs, lax standards, managed prices, and government assistance in a mass production industry with a dominant position in strategic commodity markets. China wins most of the time.

The coronavirus crisis sparked a record flight out of emerging market assets. According to the Institute of International Finance, bonds and stocks left more than $ 90 billion in March alone. But now the asset class is making a comeback. And while Wall Street presents its big ideas for 2021, EM is high on the list. 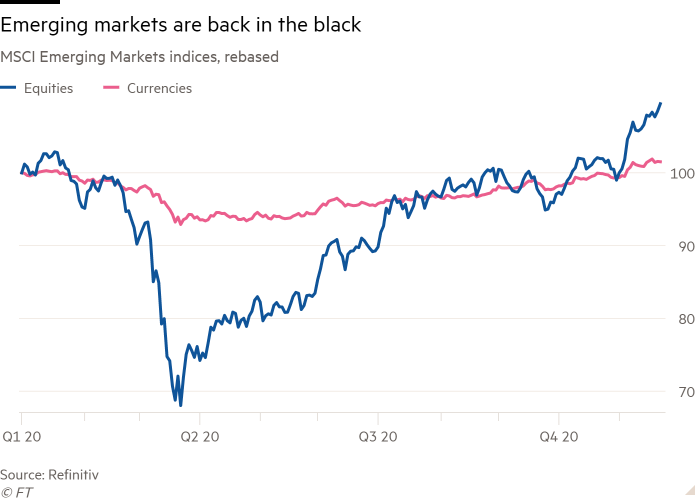 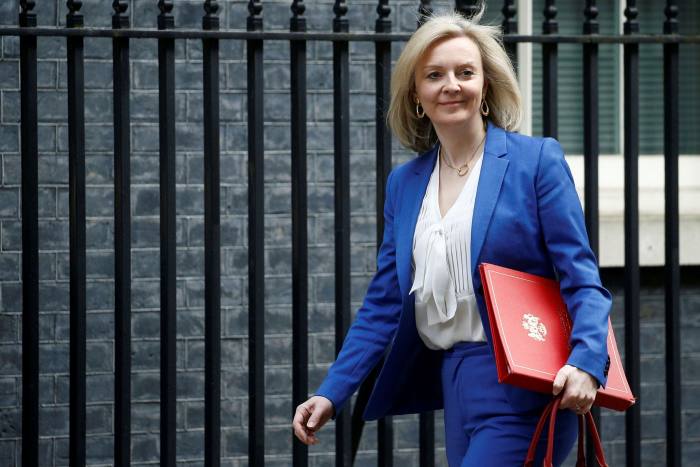 Sometimes you come across a great story that is disappointing because it hides a more interesting truth. Last week the UK and Canada announced that they had successfully implemented the EU-Canada bilateral agreement for the time being and that they will be negotiating a new trade deal next year. UK Trade Secretary Liz Truss went straight to the Tall Tales area with a newspaper column claiming that the deal showed that the two countries can move forward together as “free trade pioneers” and that Britain could become “the world’s ideas factory”.

The grandiosity has been duly mocked: a not entirely complete rollover of an existing agreement that was originally negotiated by someone else is not exactly the repeal of the corn laws. But it also wrongly hides the fact that UK officials actually did a pretty good job of doing business again with big trading partners like Korea, Japan and Canada before exiting the EU trade regime at the end of the year.

We have been skeptical that building trade negotiations in the UK will help make the compromises necessary to implement large new deals. This judgment has yet to be examined. Given that Brexit has been largely messed up, it’s good to see that Britain’s notoriously intelligent technocratic officials can at least ameliorate some of the damage ideological politicians are doing. Let’s just concentrate on it and let us become the world’s ideas factory for another day.