It seems the perfect opportunity for eurozone leaders to tackle the glaring gender imbalance at the top of the European Central Bank when Yves Mersch steps down as its longest-serving executive board member at the end of this year.

The departure of the former governor of Luxembourg’s central bank could also be a chance to appoint someone from another small country that has not already had one of its citizens sit on the ECB’s six-person executive board.

Oh well, so much for all that. On Monday, eurozone finance ministers are instead likely to propose that Frank Elderson — a male central banker from the Netherlands, the same country that provided the ECB’s first president — fill the upcoming vacancy.

To be fair, the finance chiefs’ choice to replace Mr Mersch is limited to the two men who have been nominated by their national governments. The other is Bostjan Jazbec, former governor of Slovenia’s central bank.

Both Mr Jazbec and Mr Elderson are “very strong candidates and equally well qualified” for the job, according to an existing member of the ECB’s governing council.

But that is unlikely to convince many members of the European parliament, who have intensified calls for governments to do more about the male-dominated world at the top of the ECB.

Whoever replaces Mr Mersch is also likely to inherit his seat as vice-chairman of the ECB’s supervisory board, overseeing the eurozone’s struggling banking system as it emerges from the double disruption of the coronavirus pandemic and Brexit.

In this respect, Mr Elderson has plenty of experience, having been the Dutch central bank’s executive director of supervision for nine years and already being a member of the ECB’s supervisory board.

A trained lawyer, he has also chaired the Network of Central Banks and Supervisors for Greening the Financial System — a body established to co-ordinate the efforts of central banks to address climate change — for the past two years.

In a recent speech, he compared the way digital payments have surged during the pandemic to a swimming pool, noting: “A year ago, we were merely dipping our toes. Covid-19 pushed us in, and now we are swimming.”

Wopke Hoekstra, the Dutch finance minister, said in a tweet that Mr Elderson has “a great track record on topics that the ECB is also working on: sustainable finance and digital innovation”.

Dutch officials believe Mr Elderson is a “shoo-in” after he secured the support of all the big eurozone governments.

But EU parliamentarians, who have powers — albeit limited — to block ECB appointments, may be less enthusiastic. Some MEPs will struggle to believe that there are no suitable female central bankers out there.

They may not be the only ones shaking their heads in disbelief. Ms Lagarde, who became the ECB’s first female president last year, has set fresh targets to improve gender diversity at all levels of the bank, after it missed its previous five-year benchmarks.

And her fellow female executive board member Ms Schnabel said last week that “the ECB encapsulates the gender imbalance in economics”. Her understated conclusion: “Further progress is needed.”

Central Europe handled the first wave of the pandemic far better than the more developed economies of southern or western Europe. But the second wave looks more threatening. The Czech Republic, Poland, Slovakia, Hungary and Romania have in the last four days all reported their highest caseloads since the start of the pandemic. (FT) 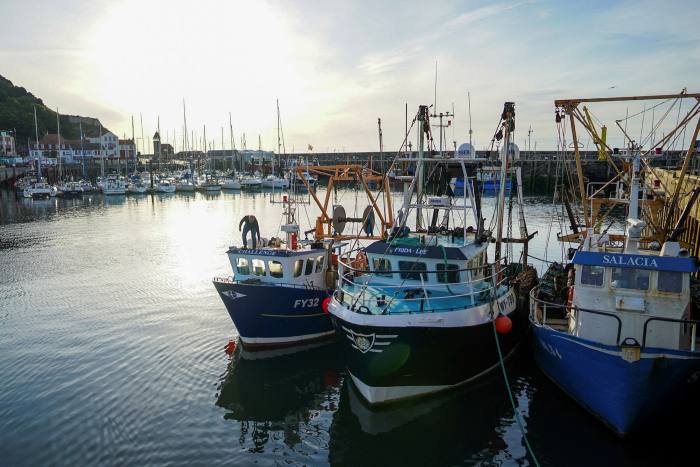 On Monday and Tuesday, finance ministers from the eurogroup and then Ecofin are due to meet via video conference. European Commission president Ursula von der Leyen addresses the EU parliament on Monday, with an EU-Ukraine summit due to follow on Tuesday. Home affairs and justice ministers are due to meet later in the week.