A global pandemic, a general election and corporate blow-ups have turned 2020 into a year of transition for Singapore.

A spike in coronavirus infections earlier this year drew attention to Singapore’s migrant worker community, while the election yielded encouraging results for the opposition. Some high-profile corporate collapses raised questions about the country’s regulatory framework.

“When you’re battling this pandemic crisis, the key thing is to also be reflective of all things that may cause a sea change in the way we are living,” says Kevin Tan, adjunct professor at the National University of Singapore (NUS). “What Singapore has done well in the past, and hopefully will continue to do well, is responding in a sensible and practical manner to whatever developments.”

The city was initially lauded for its swift response to Covid-19, only to see an outbreak occur in migrant worker dormitories in April. It prompted regulatory reforms around dormitories as well as sparking debate about the living conditions for a fundamental part of Singapore’s labour force.

Lee Hsien Loong, Singapore’s prime minister, called elections in July — nine months ahead of the constitutional deadline — to “give the new government a fresh five-year mandate” to tackle fallout from the virus.

“We have a clear mandate,” said Mr Lee after the vote . . . “but the percentage of the popular vote is not as high as I had hoped for.”

The opposition now holds 10 elected and two assigned seats — the highest in the country’s recent history — and the government has formally appointed a leader of the opposition.

“For the most part the PAP has handled issues well,” said a 24-year-old university graduate ahead of voting for the opposition. “I am mostly concerned about how there’s no contest to its mandate.”

The re-elected PAP government is tasked with countering the economic fallout from the virus, which has coincided with the collapse of several commodity traders.

Failures at Hin Leong Trading — an industry titan whose founder Lim Oon Kuin was charged with forgery after he confessed to hiding $800m of losses — ZenRock Commodities Trading and Agritrade International have raised questions about Singapore’s regulatory framework.

“The Hin Leong case is a dent for Singapore’s reputation,” says Lawrence Loh, director of NUS’s centre for governance. “How could such a big company fail in one sweep right under everyone’s noses?”

Analysts note that as an “exempt private company” — a business with fewer than 20 shareholders — Hin Leong did not have to file annual results. 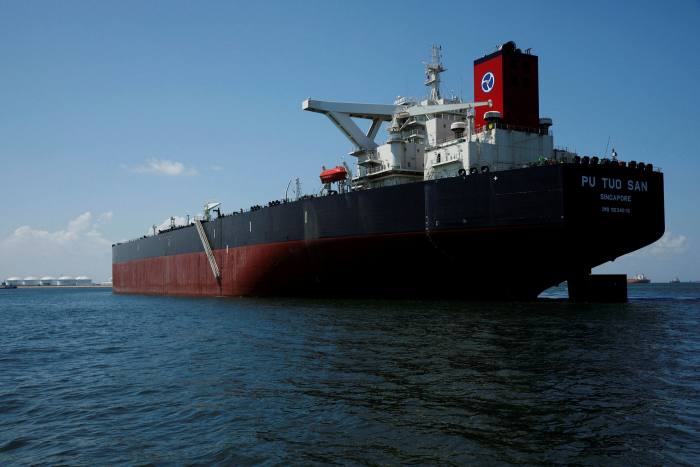 “There ought to be size tests in determining whether private companies have to file financial statements, and my view is that exempt private companies should be abolished — they do not exist any more in Hong Kong, the UK and Australia,” says Mak Yuen Teen, an associate professor of accounting at NUS.

Singapore authorities have launched investigations into Hin Leong and ZenRock.

Singapore’s Accounting and Corporate Regulatory Authority says most private companies must meet accounting standards and make disclosures that are similar to international requirements and to those applied to listed companies in the city-state.

The Monetary Authority of Singapore, the de facto central bank, and Enterprise Singapore, a government agency that promotes trade, say they are working to “replace with digitised documents and digital data flows the current paper-based systems that are prone to manipulation”.

The island has also responded to the demise of Wirecard, the German payments company that collapsed into insolvency in June after admitting that about €1.9bn in cash was missing from its accounts.

The Financial Times last year reported allegations of fraud at Wirecard’s Asia headquarters in Singapore. At the time, Wirecard was not regulated by the MAS and required no licence to operate in the jurisdiction. A new payment services act — years in the making and with an expanded breadth of coverage — came into force in January. The MAS says the Wirecard incident has not revealed any shortcomings in the new regulation.

The Singapore police raided Wirecard’s offices and launched a criminal investigation soon after the FT published reports in early 2019 raising questions about the integrity of the company’s accounting.

In July, Singapore expanded its probe by launching a criminal investigation into two companies with ties to the German fintech. It also charged a Singaporean businessman involved in one of these companies, becoming the first jurisdiction to file criminal charges linked to the Wirecard affair. The businessman’s lawyer and the other entity at the time declined to comment.

The MAS has required Wirecard to keep customer funds derived from activities on the island in segregated accounts with Singapore’s banks. “(We) have been working closely with Wirecard SG to ensure it complies with our directions,” says the MAS.

“Perhaps the bigger lesson here is that regulation and oversight of companies beyond traditional financial institutions, such as fintechs, may need to be enhanced,” says Mr Mak. “Not just in Singapore, but everywhere.”