The IMF and World Bank are holding their annual meetings this week. The biggest focus, of course, is on the pandemic and the prospect of recovery from the deep economic downturn it caused. In the long term, both economics and politics can depend on how the composition of the economy changes, as does its aggregate ups and downs.

So it is good to see that many top politicians take the challenge of restructuring as seriously as they take the imperative of recovery. In her “governor's talk” at this week's meetings, the President of the European Central Bank, Christine Lagarde, gave a clear explanation of how the economy is likely to change, with some telling examples.

In her words, the way we work, shop and pay is likely to change permanently – with greater use of digital solutions. Lagarde said that in Europe, 50 percent of workers were working from home in the deepest block and of those only 10 percent “have the urge to go back to work”. Physical retail is being significantly replaced by e-commerce, which has grown by a fifth in volume in Europe since February, and she believes that is likely to stay with us too. And cash is giving way to digital payments. Lagarde confirmed that the ECB is “taking a digital euro, the subject of our previous free lunch,” “very seriously”.

Lagarde also predicts a "new wave of service-oriented globalization" using the example of an oncologist in her family who carried out remote consultations during the lockdown. Both the doctor and the patient want to adhere to this practice whenever possible. In short, the pandemic is accelerating profound structural changes that are already on the train – including the carbon shift – and may add some new ones.

It is important that economic policies develop strategies to actively manage these shifts. The first necessary step is to map, to the best of your knowledge and belief, which jobs, functions and roles are likely to be overtaken by the shifts and which are only temporarily affected by the pandemic.

An extremely important contribution to these efforts comes from the RSA (Royal Society for the Encouragement of Arts, Manufactures and Commerce), which has developed a typology of different types of work depending on how exposed they are to Covid-19 risks and automation risks , or both. As the graph below shows, the jobs that are at greater risk of automation are, by and large, the ones most likely to have been shut down during the pandemic – which is obvious given that these are often manual services.

There are many exceptions, however. Many arts and culture activities, for example, are being hit hard by Covid-19, but are likely to be as viable as before – and will not be automated – if a vaccine finally keeps the disease in check. As governments weigh up how and whether to extend or end vacation programs, it is important to make this distinction.

Restructuring is inevitable in other countries. An important message from recent IMF research is that countries do not have to sacrifice growth to fight the pandemic and green their economies. This may also apply to changes in the composition of economic activity. Indeed, the leap into remote working and online retailing could boost productivity, the IMF's World Economic Outlook suggests, but a shock may have had to be passed together.

Fortunately, there is growing clarity and consensus on the range of good policies for beneficial economic restructuring. The first chapter of the WEO of the IMF advocates better framework conditions for the restructuring of debt in company balance sheets, competition policy to support start-ups against established companies, greater social spending and social insurance, and training to promote human capital. Lagarde also calls for efficient regulatory frameworks that help startups, as well as education and training – she argues that we have a keen sense of what skills are needed for the green and digital sectors – as well as larger public investments.

The RSA emphasizes more nuanced pandemic support programs to continue to support jobs that will be profitable in the long term and to help people get out of those that will not be. It also calls for "personal learning accounts" so that people can acquire skills necessary for "future-proof" jobs, and strongly calls for Swedish "transition services for workers at risk for Covid-19 and automation" coupled with a temporary basic income.

Overall, we are blessed with a great deal of knowledge, both about the long-term economic challenge we are facing and about actions that should help to address it. What we need now is the determination to apply it. 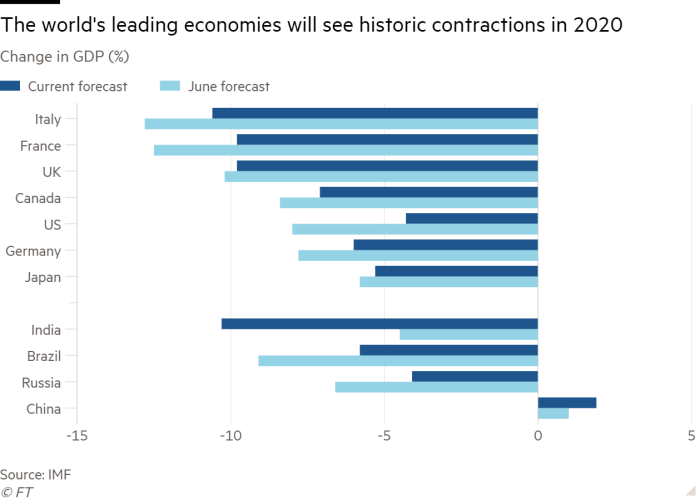