Equities markets were bolstered on Monday by reports that US president Donald Trump could be discharged from hospital, as well as hopes for new stimulus measures in the US.

Nancy Pelosi, the Democratic speaker of the House, suggested the president’s coronavirus diagnosis could help break the stalemate and create the conditions for a fiscal support package or special measure for the struggling airline industry.

Mr Trump’s 2020 re-election campaign has been thrown into turmoil after several of his campaign aides, surrogates and advisers tested positive for the virus as well as the candidate himself. He was hospitalised on Friday and remained under supervision throughout the weekend.

Some White House and congressional staffers reported feeling pressured not to wear masks because their bosses either did not believe in them or thought they made them look scared or weak.

The president sparked criticism for briefly leaving Walter Reed military hospital in an SUV to thank supporters on Sunday, a political stunt that raised questions about the coronavirus infection risk to his driver and security team.

Mr Trump’s infection has refocused attention on the president’s health, which has been the source of speculation throughout his term in office. He is the latest in a long line of US presidents to suffer ill health in office. The history of illness in presidents is largely one of intense secrecy, and occasionally flat-out lies.

Oil prices slipped below $40 a barrel to hit the lowest level since June as traders bet the recovery in a market hammered by the pandemic has run out of steam. With cases rising and demand still struggling, industry executives are increasingly arguing the recovery to pre-pandemic levels above $60 a barrel will take longer than anticipated.

Stephen Roach at Yale University forecasts the end of the dollar’s exorbitant privilege. A crash is likely, given the collapse in US domestic saving and a gaping current account deficit. “While a Covid-related explosion in the federal government deficit is the immediate source of the problem, this was an accident waiting to happen.”

Global stocks moved higher on Monday following reports that President Trump could be discharged from hospital later in the day and hopes that US lawmakers could strike a deal on new measures to stimulate the economy. European bourses made solid gains, with the benchmark Stoxx Europe 600 up 0.7 per cent. The CAC40 in Paris and London’s FTSE 100 were among the best-performing bourses on the continent, rising around 1 per cent.

Chinese ecommerce giant Alibaba plans to take a stake of up to 10 per cent in Dufry, the world’s largest operator of airport duty-free shops, as part of an emergency SFr700m ($765m) capital raising. Dufry has reeled as the pandemic has flattened its business, with airport footfall dwindling across its core European and North American markets.

Cineworld will close all its UK and US cinemas indefinitely, threatening tens of thousands of jobs, after the long-awaited next instalment in the James Bond franchise became the latest movie to be pulled by Hollywood studios. Late last week, Hollywood studio MGM postponed the release of No Time to Die, which is Daniel Craig’s final outing as James Bond and was due to begin showing in cinemas on November 12.

International delivery company DPD will have hired 20,000 new workers across Europe by the end of the year in response to the surge in demand for parcels due to the pandemic. The hiring spree, a 25 per cent increase, underlines the boost to business for groups such as Amazon, Hermes and DHL Express as they recruit thousands of extra staff to cope with soaring orders.

The next big shift in the global economy is likely to depend on how manufacturing and non-manufacturing sectors respond to the economic shocks caused by the virus, and the possible arrival of a vaccine. Gavyn Davies, chairman of Fulcrum Asset Management, argues that markets are reflecting sectoral shifts in the world economy as services lag behind manufacturing.

The IMF has issued a rallying call to rich countries around the world to increase public investment as the best way to encourage a strong economic recovery from the pandemic. Advanced economies should not worry about debt, but take advantage of historically low borrowing costs to increase spending on infrastructure maintenance immediately, it said.

Test before you board is the only route back to air travel, argues FT columnist Michael Skapinker. In contrast to previous international co-operation efforts in aviation, each country today has come up with its own rules during the pandemic. “If flying is to resume, governments, regulators and the industry need to move towards a common system of assuring themselves, and passengers, that people flying are infection-free.” 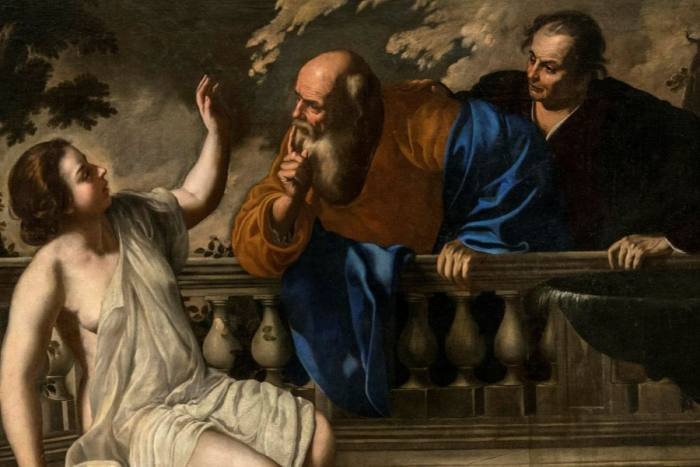 The stakes are high, as London holds its first major exhibition launch since lockdown: the UK’s first retrospective for Artemisia Gentileschi and its first retrospective of any Renaissance or Baroque woman painter. The FT’s Jackie Wullschläger argues that the risks have paid off. The artist “stunningly enlarged Baroque to convey, through riveting psychological storytelling, the experiences of that half of society which had never before been given interior emotional expression in paint”.