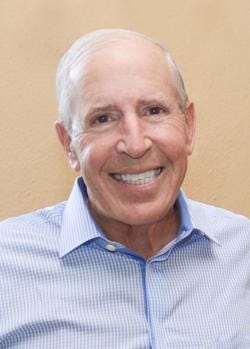 On Wednesday, the Labor Department reported that core consumer price index (CPI) inflation rose 5.4% over the past year to its highest 12-month rate since 2008.

Core inflation is a measure of the average change over time in the prices urban consumers pay for a basket of goods and services, such as clothing, cars, and recreational activities, minus fluctuating food and energy prices.

Fed Chairman Jerome Powell continues to view the current high inflation rates as temporary. He acknowledged that inflation could last longer than policymakers had previously anticipated.

In contrast, inflation hawks, like editors for the Wall Street Journal, raised concerns by asking, “When will the ephemeral … permanent?” An inflation hawk is ready to let interest rates rise to keep inflation under control.

Where is there consensus on the causes of inflation?

Something to worry about ?:The Federal Reserve chairman tells lawmakers he has inflation concerns

Well-founded concerns:As consumer spending rises, so too do concerns about inflation

Cause and effect:What you should know about inflation

America’s economic recovery has created supply and demand imbalances in some key sectors. Companies are trying to rebuild their inventories and overcome the hurdles in the supply chain caused by COVID-19. Trillions of government aid and loose monetary policy have stimulated demand and caused prices to rise.

A global shortage of semiconductors has delayed auto production and pushed up used vehicle prices. These hikes have accounted for an overwhelming part of the rising inflation in recent months.

Hopefully the price hike has slowed for the following reasons: (1) the surge in coronavirus infections has delayed some business activity, and (2) pandemic delivery disruptions should ease. Aneta Markowska, chief economist at Jefferies, gave reasons for caution. She said, “It’s like the equivalent of going from 104 degrees to 101 degrees fever.”

• Clothing prices were flat in July after rising 0.7% in June.

• Transport prices fell after rising more than 1% at the end of the second quarter.

The Centers for Disease Control and Prevention issued this terrible warning: “It (Delta variant) is as contagious as chickenpox. It is more transmissible than the common cold. “

Despite inflation concerns, Congress launches several major fiscal programs. On a strictly partisan basis (50-49), the Senate passed a far-reaching social policy measure worth $ 3.5 trillion. Congress passed a bipartisan (69-30) infrastructure bill worth $ 1 trillion. Both measures encounter obstacles in implementation due to resistance from conservatives, moderates and progressives in the House of Representatives.

This infrastructure package is the largest federal investment in our nation’s aging public building system in more than a decade. The main issues are transportation, utilities, and pollution.

The $ 3.5 trillion Social Safety Net program creates the largest expansion of the state safety net since the Great Society’s programs in the 1960s.

I saw the dire effects of stagflation in the late 1970s and early 1980s – double-digit inflation and an unemployment rate of over 10%. In order to turn his back on inflation, then Fed chairman Paul Volcker raised the key interest rate to 20% in June 1981. Although no single factor caused stagflation, many economists pointed out that we couldn’t pay for the Vietnam War and the Great Society’s programs.

The Congressional Budget Office forecasts staggering deficits – $ 3 trillion in 2021. Future deficits could average more than $ 1.2 trillion a year through 2031. All of these measures increase demand.

Ernest “Doc” Werlin, who lives in Sarasota, spent 35 years in the fixed income sector as a trader and seller of corporate bonds, including a partner at MorganStanley, who was responsible for trading corporate bonds. Send suggestions and comments to [email protected]