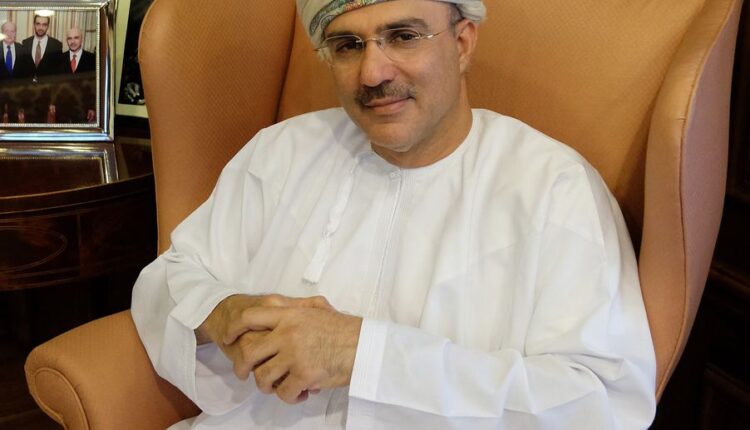 Investcorp, the alternative asset manager that has Mubadala Investment Company as its largest shareholder, is optimistic about the growth prospects of the US economy despite global headwinds and remains confident that China can resolve the $ 300 billion debt crisis of its second largest property developer Evergrande said its chairman on Sunday.

“We are very optimistic about the US economy,” Mohammed Alardhi told Bloomberg. “We all know what is going on in the world [and that] may dampen growth, but we see good growth coming [in the US]. “

The US Federal Reserve is expected to begin slowing its Covid-19 support to the US economy and could begin scaling back its asset purchase program this year. However, the Fed’s tightening will be “gradual” and will give the US Federal Reserve the opportunity to discuss its “future average inflation policy,” which will help minimize volatility, Alardhi said.

“I think the Fed was very careful about this from the start,” he added.

The Bahrain-based company is looking for further investments in the USA, which alongside Europe currently make up around 80 percent of Investcorp’s global investment portfolio.

It is looking for private equity deals through its North America PE Fund, which has grown to over $ 1 billion. The company also plans to acquire additional properties in the world’s largest economy.

“We are among the five largest foreign investors in the US real estate market [sector]. We have been doing this for a long time [and] our investors were very satisfied with us, ”said Mr. Alardhi.

Investcorp focuses on investing in multi-family and industrial real estate in the US, which Alardhi says is resilient and diverse economic cycles resilient.

“America continues to be our largest market,” he said. “The real estate business in Europe and the USA has developed extremely well.”

The company is open to exploring investment opportunities in the Chinese real estate sector in the wake of the Evergrande crisis that has rocked markets across Asia in recent weeks.

“Of course, the sectors we are currently focused on are the industries we consider to be the best: technology, healthcare, and food.”

Evergrande, the world’s most heavily indebted real estate developer, has drawn comparisons to the collapse of Lehman, with some industry analysts saying it could contagious markets outside of China and a possible credit crunch.

“I think the Chinese government has a lot of tools to deal with if it chooses,” Alardhi said.

“I think this is something temporary that is included in China and Asia. In fact, it can have a calming effect on house prices, which are really skyrocketing in parts of China. “

China’s $ 15 trillion economy, which accounts for about 18 percent of global production, may contain the crisis, Barbara Ann Bernard, founder and chief investment officer of wealth management firm Wincrest Capital, told Bloomberg TV. The risk from the Evergrande crisis will hold back Chinese growth as the company’s debt is held by Chinese investors and banks, Ms. Bernard said.

Investcorp, which plans to rapidly expand its GCC and Asia portfolios, sees its assets under management more than double from approximately $ 40 billion to $ 100 billion in the medium term.

“We believe we can get there in about seven years,” Alardhi said. “Acquisitions, organic growth, joint ventures are things that we have done and that we will continue to do.”

The asset manager has made 11 private equity investments in Asia and sees enormous growth potential in the region which, according to Alardhi, “will be very important for the future of Investcorp”.

Investcorp will continue to focus on the consumer, technology and food sectors in China while looking for opportunities in financial services and healthcare companies in India.

“We are seeing a lot of growth there” and “a lot of investor appetite” to get exposure in India, China and some other Southeast Asian markets, he added.

“All of these six will be the pillars of that growth,” said Alardhi.

Investcorp was founded more than four decades ago and has grown into one of the leading alternative wealth management companies in the region. It was on an acquisition spree during the pandemic to take advantage of lower asset valuations.

Investcorp made an annual profit despite Covid-19 headwinds. Net income for the fiscal year ended June 30 rose to $ 124 million, from a loss of $ 165 million the previous year, it said in August.