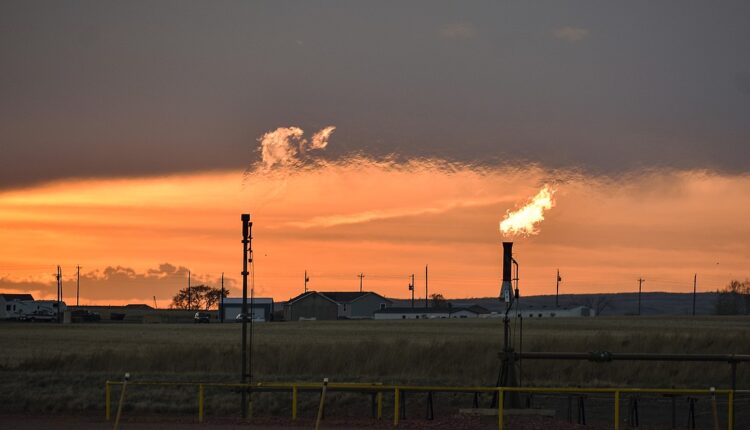 Every now and then, relationships can be messy and have many unintended consequences – the same goes for a state moratorium on oil and gas leasing.

While the courts argued back and forth over the legality of the State Department of Interior’s state oil and gas leasing ban, Montanas and other energy companies across the country faced long periods of uncertainty that hurt the local economy and government revenues. State oil and gas operations have been repeatedly suspended and then resumed and then suspended as this matter drifts through the courts and it remains to be seen what the final verdict will be.

The rationale behind this potential leasing ban is that the effects of oil and gas operations are potentially damaging to the environment and will delay our country’s inevitable energy transition – but that couldn’t be further from the truth.

As the Executive Director of the Treasury State Resource Association, I have long worked with the oil and gas industry – in addition to work, agriculture, and recreation groups – to collaborate on issues related to land use, conservation, and resource development in Montana . Many of our members and other companies across the state benefit from the money raised by oil and gas operations, particularly through investments in the communities they serve.

The oil and gas sector has generated billions in government revenues in recent years, most of which is used for major capital expenditures such as education, health, and infrastructure – and of course, conservation measures. Without the financial contributions and royalties earned from oil and natural gas operations, the communities, the environment, and the way of life of Montana would change forever. Energy states like ours cannot afford to introduce a far-reaching, blanket nationwide leasing ban – the effects are too serious.

With gas prices rising in Montana and the Organization of the Petroleum Exporting Countries (OPEC +) rejecting demands from federal officials to increase production levels, there is an urgent need to maintain America’s energy independence. Protecting domestic oil and gas operations is critical to preserving our country’s energy reserves and ensuring that we don’t have to rely on other nations – including rivals like Russia – to meet our energy needs.

But a leasing ban would cut back domestic production and instead leave us to the whims of our foreign colleagues. Analysis of a federal lease ban by the American Petroleum Institute found that by 2030, the United States would spend $ 500 billion more on energy from overseas suppliers, and imports of oil from overseas sources would increase by 2 million barrels a day.

This not only harms job creation, the economy and our energy independence, it also has an impact on the environment. Outsourcing our oil and gas needs means that countries with less stringent environmental regulations will increase production, causing additional air and water pollution in these countries and around the world than if production remained here.

Additionally, halting state leases would have devastating consequences for communities that rely on oil and natural gas revenues to support local investment and development. Oil and gas revenues comprise 5.6% of Montana’s General Fund budget, which provides funding for state and local programs such as education, conservation, health care and infrastructure.

We cannot take critical funding away from communities without a solution and we do not expect any consequences, especially given the precarious financial situation many are in due to the pandemic. Workers are still getting on their feet, companies are struggling to keep their doors open, and students are soon returning to school. Our lawmakers must give priority to helping our communities and ensuring their recovery, rather than pursuing a rash ban on leasing that puts economies at risk and affects growth and development.

A federal moratorium on leasing would also exacerbate economic problems due to the jobs and economic activity lost as a result of such a move. The oil and natural gas industry supported over 50,000 jobs – many in high-paying, dependable work – and contributed more than $ 6.2 billion to Montana’s economy in 2019. This remarkable economic impact is unmatched by any other professional industry in the state – we can’t afford a premium cut.

Montana’s workers, businesses, and communities have long had a wealthy and supportive relationship with the state’s oil and gas industry. Government revenues from doing business in the industry have been critical to growing our nation’s economy and boosting business for some time, and will continue to be – but only if lawmakers come to their senses and say no to a federal leasing ban.

Peggy Trenk is the executive director of the Treasure State Resource Association.