The threat of new coronavirus lockdowns and a wave of job losses as the UK government’s furlough scheme comes to an end have cast further doubt on the Bank of England’s initial prediction of a V-shaped economic recovery.

When it updates its quarterly projections on Thursday, the BoE’s Monetary Policy Committee could instead underline the risks of a slower recovery and greater long-term damage from the pandemic.

Economists think the committee will see no immediate need for further action to support the economy, after announcing a £100bn expansion of its asset purchase programme in June. They also expect policymakers to leave interest rates on hold at 0.1 per cent and its targeted stock of asset purchases steady at £745bn.

But they will be watching closely for any sign that the BoE is gearing up to inject fresh stimulus later in the year.

Economists questioned the BoE’s rosy predictions of a sharp recovery from the crisis when governor Andrew Bailey first outlined it in May.

The main scenario set out in the central bank’s last monetary policy report showed a very deep initial downturn, with GDP falling 25 per cent between the first and second quarters of 2020, and 14 per cent over the year as a whole.

But this was to be followed by a strong upswing that would return output to pre-pandemic levels by the second half of 2021, with unemployment dropping from a projected peak of 9 per cent to below 4 per cent by 2023.

The initial slump in activity now looks unlikely to be as deep as the BoE initially feared. Activity has picked up since the MPC last met in June, with data pointing to strong retail sales, a busy housing market and a steady increase in spending in pubs and restaurants.

But the prevailing view among economists is that a V-shaped recovery is now implausible. Activity is still well below normal levels — and the fear now is that a rise in infections, triggering tighter restrictions, will choke off growth.

Samuel Tombs, at the consultancy Pantheon Macroeconomics, said the chances of the V-shaped recovery shown in the BoE’s main scenario in May materialising were “vanishingly small”.

Philip Shaw, economist at Investec, said another round of lockdowns across Europe could tip more businesses into administration, with the resulting job losses squeezing consumption and some consumers becoming reluctant to leave their homes for fear of infection.

“A surge in the virus and more localised lockdowns would, at the least, slow the recovery,” said Paul Dales, at the consultancy Capital Economics, adding that UK real-time data might contain early signs of this, with growth in traffic in shops, workplaces and public transport flattening out. Andy Haldane, chief economist of the Bank of England, voted against expansion of asset purchases in June © Jason Alden/Bloomberg

David Miles, professor at Imperial College and a former MPC member, said it was “pretty optimistic” to assume output could return to pre-pandemic levels by spring of next year, as it was “still very unclear how many firms, especially smaller firms, will be able to reopen and get back to normal”.

If the BoE’s new projections show a slower recovery, it will be taken by markets as a signal that policymakers may consider a further expansion of the asset purchase programme later in the year.

Anna Titareva, economist at UBS, said that after factoring in the recently announced cut in VAT for the hospitality sector, a more cautious growth outlook would keep the BoE’s inflation forecast “firmly below the 2 per cent target until the end of 2021”, suggesting a need for further stimulus.

However, the MPC may be split in its view on the state of the recovery. Andy Haldane, the BoE’s chief economist, voted against the expansion of asset purchases in June, arguing that the recovery was “so far, so V (shaped)”.

But two external members of the committee — Jonathan Haskel and Silvana Tenreyro — have warned that rising unemployment coupled with the fear of jobs losses, will weigh on demand.

Official data, for the three months to May, shows UK unemployment unchanged at 3.9 per cent in the early stages of the pandemic — surprisingly steady even after accounting for heavy uptake of the government’s furlough scheme, and the fact that many people who had lost jobs might be recorded as inactive rather than unemployed. 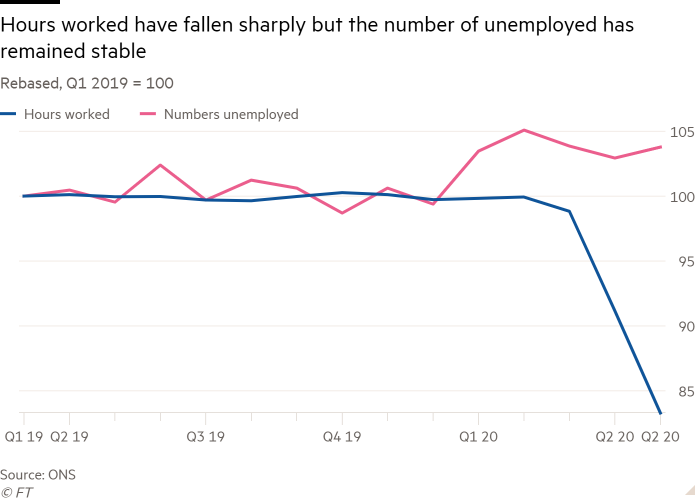 However, millions of workers remain on furlough. The big question is how many of these will return to work or lose their jobs — especially if the government winds down the furlough scheme as planned in October, while delaying or possibly having to reverse the reopening of some sectors of the economy.

“The outlook for employment is likely to represent the biggest rift within the MPC,” wrote economists at Barclays. 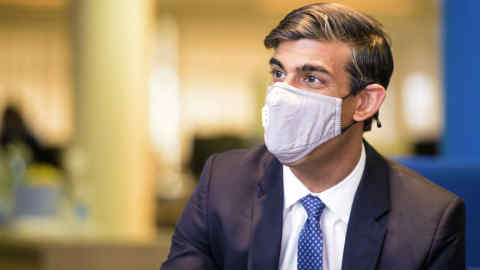 Even if the MPC adopts a more pessimistic outlook, most economists think it is unlikely to say any more at present about the potential to cut interest rates into negative territory — waiting instead until the BoE has concluded an internal review of the policy’s feasibility later in the year.

Adrian Paul, economist at Goldman Sachs, said the MPC might seek to slow the pace of its gilt purchases, to make sure that it did not reach its £745bn stock target before the end of the year.

But he added that the bigger decisions would come in the autumn, as the furlough scheme expired, the government sets out longer term tax and spending plans and the Brexit “endgame” approached as the transition period expires at the end of December.