Hello there from Washington, where the big story continues to be TikTok and its talks with Microsoft as the US administration continues gunning for the Chinese-owned social media company.

In other news, UK trade secretary Liz Truss has quietly rolled into town without much fanfare to hold her first face-to-face meetings with US trade representative Bob Lighthizer, as talks enter the second week of round three. According to UK-based tabloid The Sun, Truss brought a bottle of Hendrick’s gin with her in an attempt to persuade Lighthizer not to put tariffs on the Great British drink. We’ll find out next week, when the US is scheduled to announce further tariffs related to the Boeing/Airbus dispute, if that ploy worked.

The main piece today is on tech companies, the question of liability for content and how that is playing out in trade deals. Our chart of the day looks at Gulf states’ reliance on grain imports, while today’s person in the news is Zhang Yiming, chief executive of TikTok owner ByteDance.

Trade Secrets is now taking its summer break — we will be back with you on Tuesday September 1. Don’t forget to click here if you’d like to receive Trade Secrets every Monday to Thursday from then. And we want to hear from you. Send any thoughts to [email protected] or email me at [email protected]

The enemies of Section 230

In a six-hour hearing on Capitol Hill last week, the titans of modern industry — namely the chief executives of Facebook, Amazon, Alphabet and Apple — were grilled on how their corporate empires secured dominance and used their power to crush smaller rivals.

It was an affair of US domestic political theatre, but the power of big tech is not limited to the US, nor are questions of how it should be regulated, if at all. The rules for the internet remain largely unwritten, even though the rules for trading goods and services were established long ago. And so on the sidelines of last week’s antitrust hearing stood a collection of lawmakers with their eye on another problem: how the US treats protections for its internet companies in trade deals.

Back in October 2019, lawmakers (from both political parties) started complaining that US trade negotiators were ceding to tech lobbyists and inserting protections from liability for internet companies into trade deals. The US has a law — Section 230 of the Communications Decency Act — that protects companies from being sued either for content which appears on their platforms, or for taking it down. Language mirroring Section 230 was replicated in the US’s trade agreement with Canada and Mexico, and also in the mini-deal with Japan. While critics of Section 230 worry that putting such provisions in trade agreements could help spread America’s tech-friendly regulations around the world, proponents say that the law helps protect freedom of speech.

The London HQ of UK broadcast regulator Ofcom, which it has proposed could also take on the role of internet watchdog © Alamy

USMCA did, of course, pass through Congress. But lawmakers, with their eyes now on a US-UK trade deal, are focusing on this issue again. The UK is fumbling its way to creating its own policies on how best to deal with intermediary liability. One proposal is that Ofcom, the broadcast regulator, be turned into the country’s internet watchdog. Under that scenario, Ofcom would oversee a series of rules requiring social media sites and others to protect users from certain “online harms”, such as child exploitation, hate crimes and terrorist propaganda. Ofcom could investigate complaints, and companies taking too long to remove such content could potentially be fined.

Whether the UK and US can find a middle ground that satisfies the US’s tendency, at least for now, to protect tech companies from intermediary liability while also allowing the UK to press ahead with its own regulatory regime, which in turn must be judged adequate by the EU remains to be seen. It might be that the US is willing to allow its companies to be subject to some amount of policing by Ofcom as long as the fines are not too big and there are no lawsuits involved.

Curiously, Section 230 is collecting other powerful enemies. In late May, US president Donald Trump called for a review of Section 230, asking commerce secretary Wilbur Ross to petition the Federal Communications Commission to “clarify” the 1996 law. Still, tech lobbyists are keen to point out that the president cannot change a law passed by Congress through executive order. They also argue that the inclusion of measures such as Section 230 in trade agreements doesn’t stop lawmakers from changing domestic US law (which is one of the lawmakers’ other concerns).

The issues surrounding liability for content are unlikely to be the major sticking point of the US-UK talks — in fact, this is likely to be one of the easier chapters, people familiar with them say. But the strange domestic disquiet does leave us wondering what will happen by the time this deal makes its way over to Capitol Hill.

The pandemic has revived fears in the Gulf states over food security, as countries in the region vulnerable to import shortages and sharp price rises invest overseas and in agritech at home. Gulf countries rely heavily on grain imports: while neither the United Arab Emirates nor Saudi Arabia have suffered food shortages this year, officials in both countries say they are accelerating their food security programmes after the crisis revived memories of past food emergencies. 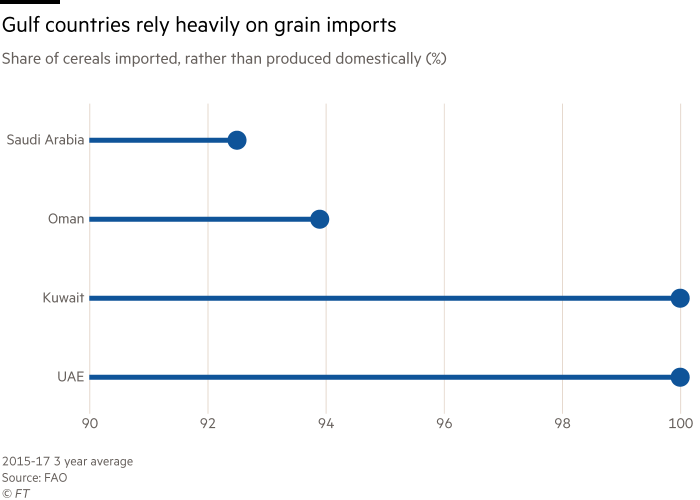 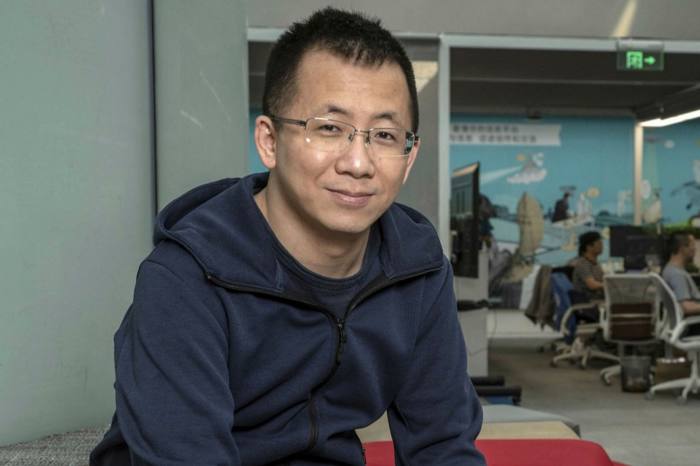 In his second letter to employees in just two days, Zhang said he had “no choice” but to submit to demands from US regulators and the White House to sell the US arm of TikTok.

A sale to Microsoft is now seen both by ByteDance and by its investors — which include General Atlantic, KKR, SoftBank and Sequoia China — as the only solution to avoid action by the Committee on Foreign Investment in the US (Cfius) and a complete ban of the app in the US.

“This is the only real solution for the Cfius problem,” one person involved in the talks told the Financial Times. “If TikTok is sold to Microsoft, Microsoft will take over the code and certify that the data is secure.”