Greetings from Tokyo. The big news in Asia is the long-awaited signing of the Regional Comprehensive Economic Partnership (RCEP), a far-reaching free trade agreement that includes the 10 members of the Association of Southeast Asian Nations plus Australia, China, Japan, New Zealand and South Korea. The text is now available in all its glory (there are 1,338 pages for Japan’s customs obligations alone), and there will no doubt be more to say once the trade community has had time to digest it.

today Hand note looks different: the potential economic cost of a trade disruption in Southeast Asia. One of the reasons trade is important is the potential to build trust, understanding and mutual benefit between countries that might otherwise not like each other. Some analysts deny the economic importance of RCEP, but it is a huge step forward for governance in a region where such agreements are rare. today Policy monitoring looks at how David Frost, Britain’s Brexit envoy, was once far less optimistic about the likely outcome of trade talks with Brussels during ours Chart of the daycovers Beijing’s displeasure with how big tech behaves.

Taiwan, Vietnam, Saudi Arabia and Hong Kong could be affected, the report said

Geopolitical risk is a specter that is often addressed but rarely quantified. Many forecasters hedge against the unexpected with a brief mention of geopolitical threat, but when a shock hits – like the 2019 drone strikes on Saudi Arabian oil refineries – the effects are often surprising. For this reason, a recent paper by Kerem Cosar and Benjamin Thomas of the University of Virginia is interesting to read.

They set out to answer the question: what would happen if a geopolitical event halted east-west sea trade through the South China Sea and the various straits of Indonesia, and forced ships to divert south Australia? The answer is a big but mixed shock, ranging from a 0.7 percent decline in gross domestic product for China to 34 percent of GDP for Taiwan in a baseline scenario. These numbers have both economic and geopolitical implications.

A crisis that closes the South China Sea is not a fanciful scenario. The region has several hot spots, including the dispute between China and Japan over the Senkaku or Diaoyu Islands, China’s increasingly strained relationship with Taiwan, and overlapping territorial claims in the South China Sea. Shipowners and insurers could divert their ships even if a crisis didn’t lead to an actual conflict.

To capture what could happen, Mr. Cosar and Mr. Thomas use data on bilateral trade flows and the geographic location of ports, and then feed them into a gravity model where the cost of trade increases with distance. Then they block the routes between east and west, forcing all ships to sail in southern Australia and calculating how much trade is being lost due to the increased shipping costs.

Not surprisingly, small, trade-dependent economies in and around the South China Sea are hardest hit. Given a baseline elasticity of trade volume versus trade costs, Taiwan would lose a third of its GDP, and the numbers are 22 percent for Singapore, 15 percent for Hong Kong and 13 percent for Vietnam. In a sense, this is mechanical as the ports would be blocked in these countries and the more interesting numbers are 2.5 percent for South Korea, 2 percent for Australia, 5 percent for the United Arab Emirates and 3 percent for Saudi Arabia.

Perhaps most significant is the figure of only 0.7 percent for China, which has its own huge domestic market and ports outside the exclusion zone in the East China Sea and the Yellow Sea. There is a cost to China, Mr. Cosar and Mr. Thomas note, so there is no clear incentive to close the Malacca Straits. But they add: “In a broader sense, our results underscore the possibility of a large country maintaining control of the region by imposing significant costs on smaller countries.”

There are obvious limitations to this type of analysis. Mr. Cosar and Mr. Thomas find that they ignore air freight and that some goods are easier to replace than others, while a shock may not close all shipping routes. In general, a crisis would have political implications that it cannot cover: would the US still trade with China during a Taiwan crisis even if the ports were open?

The signing of the RCEP is a hopeful sign that Asia can work together for mutual commercial benefit. However, much of this trade takes place via some narrow waterways, and their safety has ultimately relied on the dominance of the US military for the past 75 years. Given this increasingly dubious dominance, it is all the more important to see how the new US President Joe Biden deals with the region again.

For China’s tech giants, the climate is cooling rapidly. After years of giving companies like Alibaba and Tencent the freedom to grow without significant interference, Beijing has signaled that it doesn’t like the way big tech behaves. Chinese technology stocks lost hundreds of billions of dollars in value last week, with Alibaba falling 12 percent in Hong Kong following the release of new antitrust guidelines for the sector. Analysts predict pain was on the way. 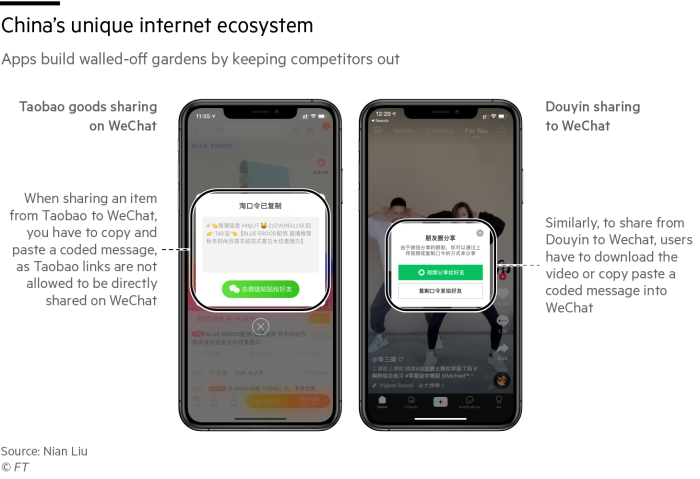 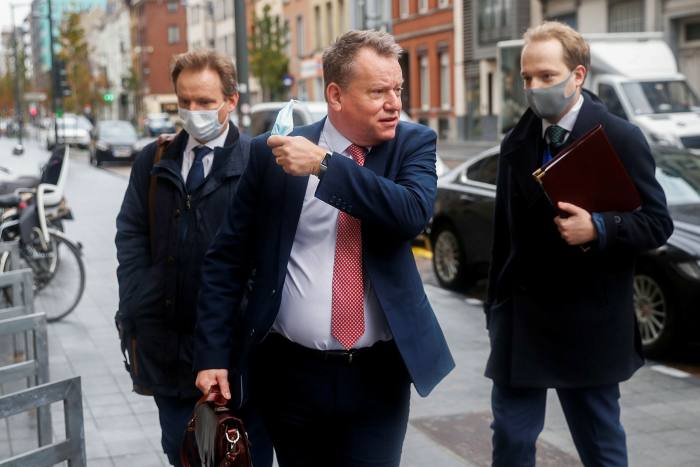 UK Brexit negotiator David Frost, center, warned in 2016 that the UK would be forced to make concessions in order to get a deal from the EU. © Francisco Seco / AP

British Prime Minister Boris Johnson’s Brexit envoy David Frost was tough as trade talks reached the final in Brussels this week, but he once felt far less optimistic about the likely outcome of such negotiations. Shortly before the 2016 Brexit referendum, Lord Frost wrote in a largely forgotten brochure that in trade talks with the EU, “Great Britain must make the concessions to get the deal”. The talks in Brussels are now taking place during the so-called “moving week” of Irish Foreign Minister Simon Coveney. Both sides are waiting for the other to flash. Officials in London and Brussels expect talks to be successful or collapse next week. 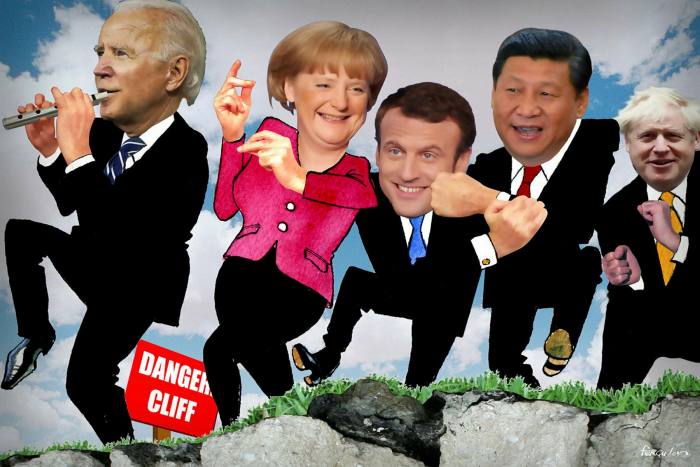