Gita Gopinath, the IMF’s chief economist, on Wednesday told the UK parliament’s Treasury committee that while it was too soon to tighten fiscal policy today, “now could certainly be the time for planning” for fiscal consolidation in the medium term, in line with the IMF’s general advice. Treasury officials will no doubt have been nodding along in approval. With public finances already drowning in red ink from the coronavirus lockdown, the government this week relaunched its ambitious “levelling up” spending agenda, now presented as a post-Covid-19 recovery plan.

At some point the financial hole will somehow have to be filled. So those Treasury officials will be guilty of dereliction of duty if they are not thinking creatively about new ways of raising revenue for the government. One of the most obvious options to be considered is new taxes on wealth.

The good news is that a group of experts is launching a project today on whether and how the UK should introduce a net wealth tax. That means there will be a strong evidence base for politicians and officials to build any future policy decision on. Regular readers will know that Free Lunch looks favourably on recurrent taxes on net wealth, but even sceptics should welcome an effort by highly credible researchers and institutions to establish the facts and likely consequences of wealth taxation. Expect to hear more in this space as their research progresses.

For now the launch report is well worth reading. It clearly sets out the background facts around wealth in the UK and the various challenges and conundrums a net wealth tax would pose. It is as good a guide as any to the questions serious politicians and policy thinkers need answered. Here are some of its most important findings.

First, the total amount of private UK wealth — in absolute money terms and relative to income — has risen sharply (see chart below). At the same time it has become more concentrated at the very top.

Second, despite this, the revenue from taxes on wealth has not kept up. While the UK does not have an outright wealth tax, a number of transaction and income taxes are related to wealth holdings. But the amount they raise, relative to the magnitude of private wealth, has halved since 50 years ago, as the chart below shows. 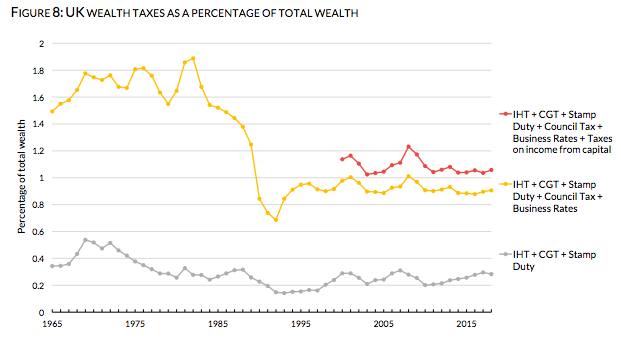 Third, what form this wealth takes matters for how it could or should be taxed. The two biggest asset classes are private pension wealth and housing wealth, both of which pose economic and political challenges to a tax assessed on net asset values. For example, what would a wealth tax do to the incentive to save for retirement? And what to do with people who own expensive houses but have little cash income? For the very wealthiest, a significant part of wealth is held in the form of hard-to-value assets, posing another practical challenge.

Fourth, the distribution of wealth has important geographic and demographic characteristics. It is not surprising to learn that across England, wealth is disproportionately concentrated in London. But it is important nonetheless, related as it is to the high levels of regional inequality that the government will be held more thoroughly responsible for now that it has promised to “level up”.

Also, wealth is naturally concentrated among the old — they are the ones who have had time to save and have lived through a period of strong asset appreciation. But it is not widely known just how demographically lopsided the wealth distribution is, nor how much more skewed in just 15 years (see chart below). For those wanting to redress this intergenerational imbalance, a net wealth tax has much to recommend it. 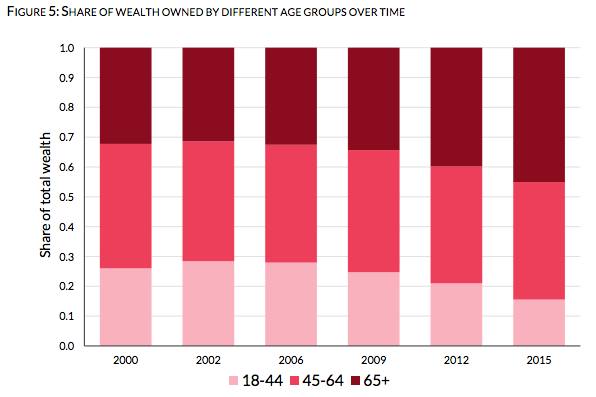 The project will produce a series of evidence papers in the autumn, to cover other countries’ experience with net wealth taxes and the various economic issues involved. I particularly look forward to anything it can say about the possibility that a net wealth tax can encourage a more productive use of capital compared with other ways of taxing capital.

The research programme promises to go well beyond theory and well beyond economics, as it must to create action-ready proposals for the government to avail itself of. Data-heavy projections of the effects of different net wealth tax models, as well as investigations of the legal and practical challenges to implementation, should give us a level of knowledge that simply does not exist today.

Whatever our initial views about whether a net wealth tax is a good idea, that learning is something to look forward to.

• Last week’s Brookings Papers on Economic Activity conference was devoted to the economics of the Covid-19 crisis. Of particular interest to me is a paper showing that the need for reallocation of resources across companies is going to be much higher after the lockdown than normal times (see chart below), and pointing out how public policies of financial support must be tailored to allow this to happen with as little pain as possible. Another important paper looks at policies for a second wave of infection, and argues that focusing on public health restrictions outside the workplace may be better than broad-based shutdowns. A final paper looks at the corporate debt overhang and proposes a groundbreaking policy change to deal with the looming bankruptcies: the Federal Reserve should adapt its lending facilities to help companies be restructured rather than liquidated through bankruptcy procedures, in practice acting as “debtor-in-possession”. 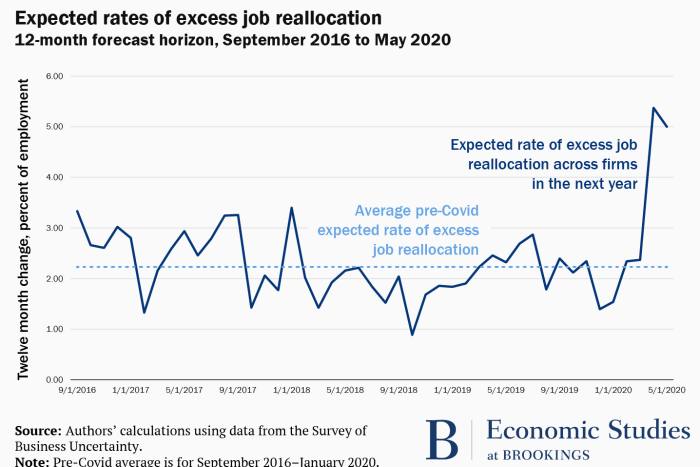 • The pandemic will permanently change people’s expectations of whether such a crisis can occur again. A new economics paper suggests this change in beliefs could be economically more costly in the long run than the current crisis itself.

• The French local elections illustrate that it is the Greens, more than far-right populists, who are challenging Europe’s traditional political landscape.

• The Bank for International Settlements’ newly published annual economic report has a chapter on payment systems that sets out the state of digital innovation, discusses the considerations surrounding central bank digital currencies (CBDC) and explains why “central banks and policymakers have become more favourably disposed towards issuance of wholesale and retail CBDCs”. Those whose eyes glaze over at the mention of payment systems should start with a Twitter thread by BIS chief economist Hyun Song Shin. Featuring walled gardens, town squares and money with memory, the excellent thread explains why everyone should care.

• Martin Wolf has given his summer reading recommendations for economics books.

• US non-farm payroll data for June are released today. Economists expect 3m new jobs to have been added, contributing to a growing debate about whether the recovery may be faster than many expected.