Companies could shift a quarter of their global product sourcing to new countries in the next five years, according to a new study which warns that rising threats to supply chains are taking a heavy toll on profits.

Cost considerations and government pressures to become more self-reliant could see more than half of pharmaceutical and apparel production move to new countries, it adds.

The study underscores the extent to which the Covid-19 crisis forced companies to rethink the just-in-time supply chains on which the global economy has come to depend. But it emphasises that the pressures for this new focus on supply chain resilience and regionalisation were building before the pandemic hit.

Trade tensions, cyber attacks and climate risks from heatwaves to hurricanes are all exposing companies to increasingly costly interruptions, said Susan Lund, director of research at MGI, the research arm of the global consultancy.

As a result, the report found, companies can on average expect a disruption lasting more than a month to hit them every 3.7 years, costing more than 40 per cent of a year’s profits every decade.

That is changing the calculus behind investments in diversifying supply chains or bringing them closer to home, Ms Lund said: “You can invest in supply chain resilience and still come out ahead,” she said: “This is not a trade-off between efficiency and resilience.”

The MGI study’s headline finding echoes simulations published by the consultancy BCG last month, which found that two-way trade between the US and China could shrink by about 15 per cent or about $128bn by 2023 from 2019 levels.

A report from Kearney similarly concluded in June that the knock-on effects of Covid-19 would accelerate companies’ “fundamental reassessment” of their supply chains. Technology had already diminished the importance of labour arbitrage, the consultancy noted, while growing consumer demand for rapid delivery was already creating pressure for shorter “multi-local” supply chains. 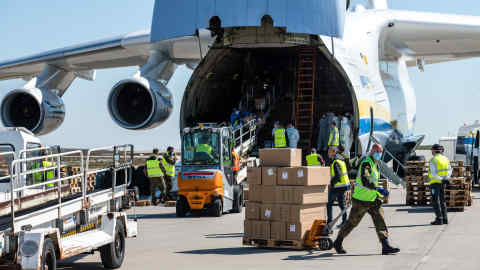 Some analysts caution against expecting a rapid reversal of decades of globalisation, however. S&P Global Ratings this week noted that US manufacturers saw few options for replacing their Chinese suppliers. Beyond the “potentially prohibitive costs” of finding alternative manufacturing, S&P’s analysts said, US companies may be reluctant to risk losing access to the world’s second-biggest economy.

“There will continue to be a lot of production in China because there are [more than] 1bn consumers there,” Ms Lund said, adding that she did not expect many to move production back to the US altogether. However, many US companies in particular had concluded that their supply chains had become too long and complex, she said.

The pandemic had accelerated companies’ digital investments aimed at improving their understanding of supply chain vulnerabilities, she added: “When I order from Amazon I know when the order has been received, fulfilled and shipped, but most companies can’t do that. I can’t tell you the number of industries where people are still faxing orders to suppliers.”