Government plans to build a network of 10 freeports after the end of the Brexit transition period are unlikely to have any material impact on the UK economy because duty savings are so small as to be “almost non-existent”, research by a leading trade policy institute has found.

In freeports, which have been backed by chancellor Rishi Sunak, businesses can import components and ingredients duty free, manufacture goods, and only pay the tariff on finished products when they are exported into the domestic economy — exploiting the difference, or “wedge”, between the two. This is known as tariff inversion.

There are several hundred freeports in the US, where they are known as foreign trade zones, because opportunities for tariff inversion, particularly in the automotive and petrochemicals sector, make them attractive. But that opportunity will not exist in the UK, the research showed.

The UKTPO research, commissioned by the Financial Times, found that under the UKGT only around 1 per cent of UK imports by value could benefit from the arbitrage opportunity.

“The fundamental thing is that the trade benefits of a freeport are almost non-existent,” said Peter Holmes, a UKTPO fellow who co-authored the analysis. “The only benefit might be in some sort of enterprise or urban regeneration zone — but that has nothing to do with the ‘port’ aspect.”

In its freeports consultation published in February, the Treasury cited “duty inversion” as a key benefit of freeports, alongside streamlined customs processes.

The general idea has proved popular, with research by the FT indicating that at least 21 different locations are vying for freeport status, including both seaports and airports — ranging from London Gateway to Bristol and Milford Haven.

The UKTPO analysis showed that the UKGT, announced in May, provided “very small” inversion opportunities, since one of its stated objectives had been to cut tariffs on “intermediates” — industrial components, ingredients and raw materials — when compared with EU tariffs.

Researchers calculated that the “weighted average tariff” on intermediate products under the UKGT was 1.6 per cent compared with 8.8 per cent for final goods, pointing to an overall lack of opportunity for inversion. 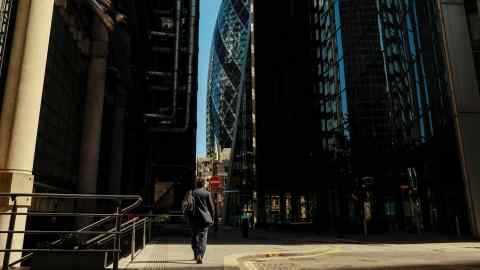 Delving deeper, the UKTPO found that out of the 20 most imported inputs in the UK by value, accounting for around 40 per cent of the UK’s imports of intermediate goods, 12 were duty-free and none had a tariff of more than 4 per cent.

They found that a tiny handful of sectors, including dog and cat food inputs, could offer a significant wedge between input and finished products, but in total these accounted for only 0.6 per cent of UK imports of intermediates.

Looking at the potential tariff gap between inputs and finished products within the same sectors, the group found dairy products, starches and starch products, and animal feeds provided the greatest potential for duty savings in these sectors, but even these accounted for only 1.1 per cent of total UK imports.

The sectoral analyses to identify potential duty savings “all tell the same story”, the research concluded: “Introducing freeports in the UK is unlikely to generate any significant benefits to businesses in terms of duty savings.”

The lack of obvious trade benefits from freeports has led to recent warnings from industry and anti-fraud campaigners that the zones will encourage fraud or, if they just offered laxer regulation or planning laws, simply shift business from one place to another.

Adam Marshall, head of the British Chambers of Commerce, who sits on the government’s freeport advisory panel, said last month that business was nervous that freeports would displace jobs, not create them.

Others, like Robert Palmer, the director of campaign group Tax Justice UK, have been more scathing, predicting the chancellor’s freeport plans would amount to “a few glorified industrial parks on the edge of Tory target seats in the North and midlands”.

The Treasury did not respond to a request for comment.