A new US administration, a new chapter for world trade, and what does that mean? Great excitement here at Trade Secrets as the political buzz industry is launching an innovative new range of products in time for Christmas.

To be honest, the US has some catching up to do: It has been more than half a year since the EU introduced the glorious “open strategic autonomy”. (Another plug for our handy online slogan generator so you can get started at home.) Wherever we hear the phrase mentioned these days or see what is a lot in Brussels, we have mentally started to translate it through “Holy Roman “To Replace” Rich, A cautionary tale of a poorly managed and ultimately failed imposition of abstract theology on an unequal polity. To accommodate Voltaire’s savage dismissal of the latter, the EU currently runs the risk of being neither open nor strategic nor autonomous. But we’re not pointlessly negative here, so we’ll give it time.

Anyway, here comes John Veroneau, a former US sales representative with excellent “patriotic globalism.” A bit short for our taste – we would have added an additional adjective à la façon européenne – but it’s definitely on our Christmas gift list. And then, this week, Hank Paulson weighed in with “deliberate reciprocity.” We’re not sure how you can do reciprocity without targeting it, but we’ve never been US Treasury Secretary or ran Goldman Sachs. So what do we know? That’s all we found now, but if you come across shiny new marker lines during the holiday season, send them to us.

today Main piece it’s about how the UK’s plan to create “free ports” is a bad idea in more ways than one you suspect Great stories of the tradepoints out that similar interventions have been tried extensively by the Labor governments of Tony Blair and Gordon Brown. Meanwhile, the FT Big Read “Why Developing Countries Need A Major Pandemic Response” provides ours Chart of the day.

Freeports, a free lunch for lobbyists

For a government dreading the impending Brexit-related congestion at UK freight terminals, you can see the symbolic appeal of giving cities “free port” status, which Prime Minister Boris Johnson’s administration launched a tender process this week Has. The word has a nice feel for Global Britain, our proud-commercial-maritime tradition, a little bit of the Hanseatic League, a little bit of buccaneering colonial merchant adventurers, myths of Walter Raleigh who sets off to discover the potato and what you have.

Unfortunately, as a solid consensus among trade experts shows, the proposal is fundamentally pointless for a country like the UK. The creation of a free haven usually does much more to redistribute economic activity within a country than it does to increase economic activity. This applies regardless of whether it is the minimal type that creates a production cluster by foregoing tariffs on goods that are then processed and re-exported, or a more expansive free zone such as one with special planning, infrastructure and Regulatory benefits.

The only cases where free ports seem to really work are in “tariff reversal” – where tariffs on components are higher than those on finished products – or in a stultified economy where political pressure other than relaxation of company and labor regulations prevented in limited zones. Neither really applies in the UK. The new tariff structure proposed by the UK doesn’t look like it and the UK can change its planning laws or taxes if it so wishes.

In fact, the Johnson administration’s plans to give free zone status to up to 10 cities (or local areas) are likely worse than useless. Creating a limited number of free ports – there seem to be at least twice as many applicants as there are places – is not just a waste of time. It’s also bad political economy. It pit cities against each other; it encourages tossing around a lot of government money inefficiently for reasons of prestige; it has the potential to distort and corrupt the political process.

Boris Johnson wants 10 UK cities to be granted free port status. However, the government has not had good experiences with the transparent and efficient distribution of contracts and benefits. © Charlie Bibby / FT

By creating a competition to get limited slots and combine tax breaks and other benefits with tariff benefits, the UK government has put port against port. As the Financial Times noted, Tees Valley in the northeast is one of the hottest places for free ports: Conservative Mayor Ben Houchen has been a long-time fan. But a competing contender, Tyneside, also seeking status to spark broader industrial renewal , is only 40 miles north. It is very likely that if either place becomes a free port, trade and employment will be diverted much more than it will be created. English places and regions should pull themselves together and develop integrated growth strategies without splitting into the search for generosity from London.

The issue in general seems to have already been the subject of political lobbying. Johnson’s enthusiasm for free ports in principle cannot, for example, have been hurt by the fact that the Bristol Port Company gave £ 25,000 to its successful campaign for the leadership of the Conservative Party in 2019.

And when it comes to picking the winners, anyone who believes their government is able to transparently and efficiently distribute government contracts and benefits has not paid attention. Government procurement of medical equipment for the pandemic is turning into a major scandal, with cash being sprayed around with minimal protections for politically connected guys. In another example, money from a state fund to regenerate disadvantaged cities, much of which was under ministerial leadership, flowed into not particularly poor areas that happened to be marginal or targeted conservative constituencies.

Globally, the creation of free ports and free zones has been prone to inefficiencies, pension seeking, and political interference – and indeed to money laundering and other serious crimes. These are obviously much worse in some places than others, and transparency mechanisms can be developed to minimize them. But you would be an optimistic, not to say naive, observer who imagines that free ports that have been created in the UK under the current circumstances will set a good example to others.

In a crisis, it pays to be rich. The response of developed countries to the destruction of their economies by the coronavirus has been to throw money on the problem. The IMF estimates that the combined fiscal and monetary policy incentives of industrialized countries account for 20 percent of their gross domestic product. Middle-income countries in the developing world have been able to do less, but still have put together a combined answer that, according to the IMF, equals 6 or 7 percent of GDP. For the poorest countries, however, the response has been much more modest. 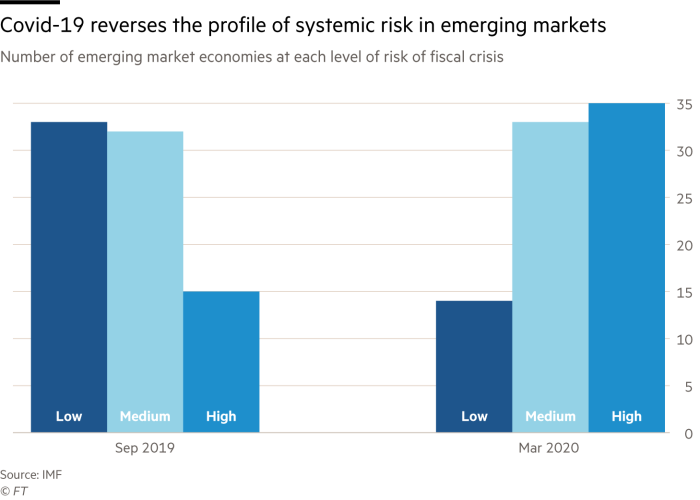 Here’s another thing about free ports – you can see we’re pretty much done on this – that addresses a simple contradiction in the UK government’s rhetoric. You cannot say at the same time: “We are a great free trade nation, we will cut tariffs and be Global Britain” and “We need free ports so that companies can escape the tariffs”. Choose one, guys.

To be fair, the government’s sales pitch is based more on the regulation / infrastructure / investment argument. But why should it even be called a free port in this case? Let’s call it a business cluster or a Business Bailiwick or a productivity province or something. Or a command center for open strategic autonomy. The communication problem here is that the Labor governments of Tony Blair and Gordon Brown have tried similar interventions extensively: regional development agencies, a New Deal for communities, divisions, an initiative wherever you looked. But they didn’t really work. So the Johnson administration has to pretend to try something radically different and is giving it a misleading label. All in all, it’s a little depressing.