France’s acumen for winning top jobs at international financial institutions will be proven once again this week when Odile Renaud-Basso, head of the French treasury, is chosen as president of the European Bank for Reconstruction and Development.

Ms Renaud-Basso is now a shoo-in for Thursday’s shareholder vote, having won over its biggest shareholders — the US, Germany, Japan, the UK and Canada. Italy’s former finance minister Pier Carlo Padoan pulled out of the race on Monday evening after concluding his French rival was unstoppable.

Poland’s Tadeusz Koscinski, who complained to the Financial Times last month that the EU’s biggest players had stitched up the competition, was never really in with a shout given his ultra-conservative government’s shortage of allies in Europe.

Three of the EBRD’s six presidents have been French since the London-based development bank was set up in 1991; Ms Renaud-Basso would be the fourth. France has also provided four of the last seven IMF bosses and half the presidents of the European Central Bank.

Ms Renaud-Basso’s credentials are not in doubt, though. She has run the Trésor for four years after a spell as deputy head of the Caisse des Dépôts, France’s sovereign wealth fund, and senior roles at the European Commission.

She will be taking over at a tricky time for the EBRD, which is facing a severe economic crisis in many of its countries of operation and continuing questions about its purpose, remit and even its home in Brexit Britain. It also risks irking Russia, having decided to suspend lending to state entities in Belarus “for the foreseeable future” after the disputed election there.

The EBRD played an important role in nurturing the transition to a market economy in former Communist-bloc countries in central and eastern Europe, marrying private sector lending with policy advice. Last year, it made a record profit of €1.4bn and dished out a record €10bn in loans.

Its lending has expanded as far afield as Mongolia and Jordan. Algeria and Iraq are next.

But central Europe has made such rapid economic progress that some shareholders have asked whether the EBRD’s services are still needed. Under Sir Suma Chakrabarti, who stepped down after two terms as president in July, the bank proposed expanding into sub-Saharan Africa but not all shareholders were happy. A decision on that move, due this week, has now been postponed for two years.

“This is a time to put all our efforts on our current countries of operation,” said Jurgen Rigterink, acting president.

The bank is now also grappling with an economic crisis in its home territory. It notched up notional losses of €1.5bn in the first three months of the year, but has made up half that ground in the five months since, Mr Rigterink said.

Liquidity-starved companies are desperate for EBRD credit. A second wave of coronavirus and further restrictions in central and eastern Europe are bound to weigh on the recovery. The Czech Republic, the most advanced economy in central Europe and the one so far to have “graduated” from EBRD support, has now asked the bank to resume lending there, a sign of the pandemic’s fallout.

The economic damage from coronavirus might allay doubts about the EBRD’s evolution from its original European mission and its overlap with the much bigger European Investment Bank. EU capitals have been considering whether to throw their weight behind one institution to serve as the bloc’s development lender. With the EU increasingly embracing the French idea of “strategic autonomy” from other powers, that could disadvantage the EBRD, which is not an EU institution and includes China as well as the US as shareholders.

EBRD bankers have traditionally argued that its global membership is a strength and that it can act as a bridge between Europe and other capitals, including Brexit Britain. It now falls to a Frenchwoman to make that case.

Fresh restrictions to control the spread of the virus have started choking off the recovery in Spain, underscoring the EU’s vulnerability to a new wave of partial lockdowns. Spain’s IHS Markit purchasing managers’ index for the services sector — a widely watched measure of business sentiment — fell to a four-month low of 42.4 in September, down from 47.7 in the previous month. (FT) 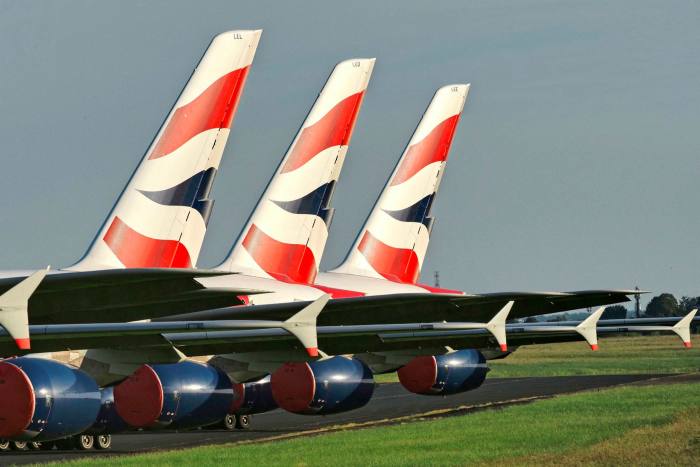 European Council president Charles Michel and Ms von der Leyen take part in a debate on last week’s EU leaders summit in the European parliament Tuesday morning from 9.15am (CET). Ukraine’s comedian-turned-president Volodymyr Zelensky is in Brussels to meet EU chiefs for the EU-Ukraine summit from 15.30.