Google, Amazon Web Services and Microsoft have refused to agree to a proposal that would give Hong Kong regulators access to customer banking records.

The companies have been locked in negotiations since last year with the Securities and Futures Commission over providing access to financial data on their cloud platforms.

But the dispute has intensified after Beijing imposed a national security law on the Chinese territory last month, according to multiple people with direct knowledge.

The law had made signing the scheme “politically impossible”, one person said, adding that the companies feared potential sanctions from US lawmakers.

The regulations would force cloud services providers to grant regulators access to corporate records without notifying customers in order to speed up access during raids. But tech groups now worry that doing so could compromise privacy obligations. Tech executives could also face fines and jail terms for not complying with data requests under the new security law.

As China’s tensions with the west escalate, it has also stepped up its attacks on Boris Johnson over his ban on new Huawei equipment, suggesting that he had reduced Britain “to a vassal of the US” and vowing to take “all necessary measures” to defend the country’s commercial interests. (FT)

Apple wins landmark court battle with EU Judges have quashed a European Commission order for Apple to pay back €14.3bn in taxes to Ireland in a landmark ruling that deals a big blow to competition commissioner Margrethe Vestager’s efforts to crack down on low-tax regimes in the bloc. (FT)

US steps up threats over Nord Stream 2 pipeline The US has threatened to impose sanctions on any companies helping Russia to build the Nord Stream 2 gas pipeline, as the Trump administration intensified efforts to derail the completion of the Russian energy project. (FT)

EU watchdog to probe German regulators after Wirecard collapse The EU’s financial watchdog has launched a fast-track investigation into Germany’s supervision of Wirecard — and released a previously confidential report exposing shortcomings in the country’s regulatory system. Meanwhile, the UK High Court dismissed a civil suit in which Wirecard was accused of fraud in its largest takeover. (FT)

Bank of Japan cuts forecasts but keeps interest rates on hold Growth in the year to March 2021 is now expected to come in at minus 4.7 per cent while prices will fall 0.5 per cent, according to estimates by the BoJ’s nine-member policy board. The bank expects a rapid rebound in 2021 and 2022. (FT)

Goldman Sachs profits bolstered by bond trading boom Goldman Sachs defied the coronavirus crisis to earn as much in the second quarter of 2020 as it did a year earlier — a net income of $2.42bn — after a bonanza in bond trading offset a surge in loan loss provisions and another round of legal charges. (FT)

Opec and Russia to unwind historic supply cuts Opec and their allies have reached an agreement to ease supply reduction cuts that began in May from 9.7m barrels a day to 7.7m b/d from August, following Wednesday’s Opec+ meeting. (MarketWatch, FT) 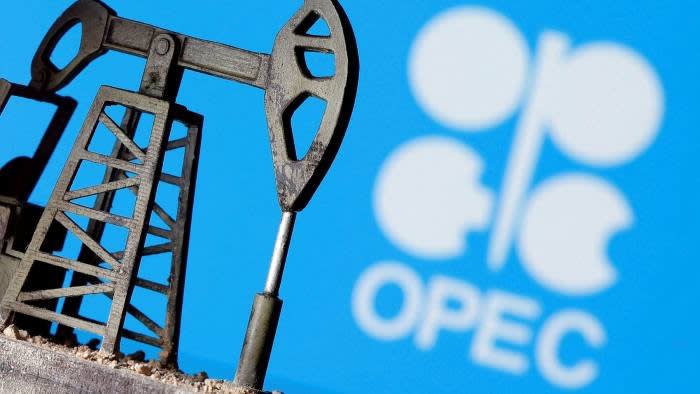 Adding back production will require a delicate balancing act © Reuters

Google to pour $4.5bn into Reliance’s digital business Reliance Industries announced that Google planned to invest $4.5bn into its fast-growing digital business Jio Platforms, joining a dozen other international investors including Facebook that have poured a total of $20bn into the group in recent months. (FT)

Central banks At Thursday’s European Central Bank policy meeting, investors will be looking to president Christine Lagarde to clarify that the central bank is not plotting an early exit. No rate changes are expected. Indonesia, meanwhile, is expected to again cut rates on Thursday. (FT, Reuters)

Economic data China’s second-quarter GDP, to be released Thursday, is forecast to rebound after the economy gradually recovered during April and May. China’s industrial production report and retail sale are also released Thursday. In the UK, the unemployment report is likely to show a rise for May. (FT)

A gangster and India’s gritty grassroots politics Time ran out for Vikas Dubey, an Indian gangster whose sway over nearby villages, long made him an appealing ally for local politicians, writes Amy Kazmin. But after police fatally shot Dubey, his extraordinary saga is proven banal in a country where thuggish criminals are a cornerstone of grassroots politics. (FT) 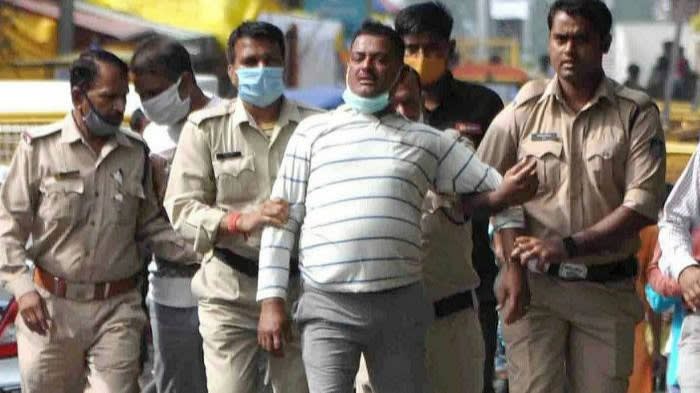 Police arrest Vikas Dubey in Madhya Pradesh the day before he was shot dead. Few Indians believe the convoluted account of his death © EPA

America’s eerie lack of debate about China The US is riven — it has politicised the face-mask — but it avoids the equal and opposite danger of unreflective consensus. On the China question, though, debate is troublingly civilised and lacks specificity, writes Janan Ganesh. As Republican stalwarts long for a return to pre-Trump principles, does the GOP stand a chance? (FT)

Trending now: Ivanka Trump and a can of beans In praising Donald Trump, Goya’s chief executive has started a food fight ahead of the November election, writes John Paul Rathbone. Ms Trump on Tuesday tweeted her solidarity with Goya, which has faced calls for a boycott. But to ethics experts, her tweet represented a violation of the Hatch Act, writes Courtney Weaver. (FT) 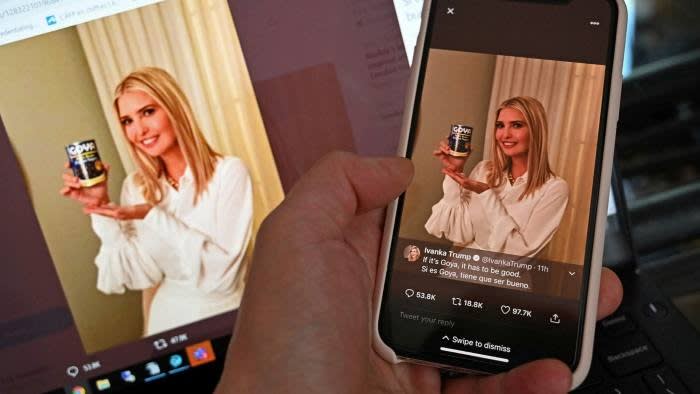 To the White House, Ms Trump’s tweet represented a show of solidarity with Goya, the largest Hispanic-owned food company in the US © AFP/Getty

The changing (animal) faces of video games The first decades of gaming offered a cartoonish menagerie of animal heroes, including Crash Bandicoot, Donkey Kong and Sonic the Hedgehog. But as games have become more serious fun figures have mostly gone out of fashion, to be replaced by more credible creatures. Elsewhere in gaming, academia has a new interest in Animal Crossing. (FT, WaPo)

The Wirecard Big Short Leo Perry’s bet against Wirecard was spectacularly vindicated last month when the German payments company collapsed into insolvency. He talked publicly for the first time about his longtime nemesis to our reporter Dan McCrum. Dan explains how he uncovered the Wirecard story in the latest episode of the Behind The Money podcast. (FT)

Tesla’s share price rise stuns Musk and his fans Elon Musk summed up his reaction to Wall Street’s latest bout of euphoria over his electric car company in one word this week: “Wow.” The Tesla share price surge has been one of the most eye-catching features of a surprising and powerful stock market rally this year. (FT)

Start-ups test ideas to suck CO2 from atmosphere It sounds at first like science fiction: giant machines that suck carbon dioxide directly out of the air to help alleviate climate change. The concept is called “direct air capture” and a number of new projects have helped to bolster the nascent sector. Read more in our rethinking energy special report. But emissions cut today won’t slow global warming until mid-century. (FT, Economist) 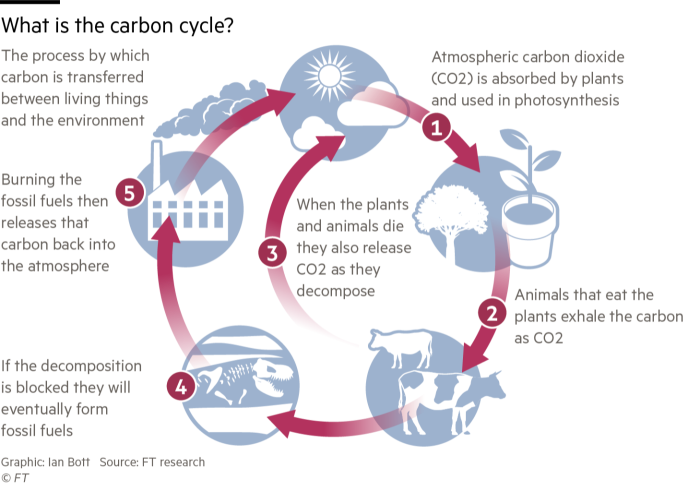 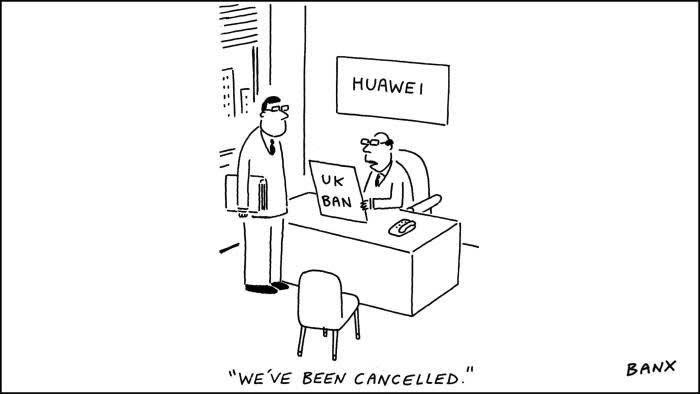