Joe Biden has unveiled his team to help tackle the coronavirus pandemic, bring in a host of medical experts, and promote Anthony Fauci, the infectious disease doctor with whom outgoing President Donald Trump has often come into conflict.

The president-elect announced on Monday that he would hold Xavier Becerra, California’s attorney general and former member of Congress, responsible for the U.S. Department of Health.

Meanwhile, Rochelle Walensky, director of the Infectious Diseases Department at Massachusetts General Hospital, will lead the U.S. Centers for Disease Control and Prevention, which coordinates the federal government’s response to Covid-19.

The president-elect is also expected to appoint the first African American Secretary of Defense – Lloyd Austin, a retired four-star Army general who led U.S. Central Command, America’s military operations in the Middle East, before retiring in 2016.

However, Mr Biden is being pressured by left-wing Democrats and civil rights groups to include more progressive members and members of minority groups in his administration. (FT)

The introduction of vaccines in nursing homes initially involves risks, writes Anjana Ahuja. Sign up for our Coronavirus Business Update newsletter and get the latest news from our live blog.

Exclusive: Goldman aims to have 100% control over the Chinese securities company Wall Street Bank is proposing to buy the outstanding shares in its securities firm in China from local partner Beijing Gao Hua Securities, according to an internal press release from the Financial Times. (FT)

Uber gives up efforts to develop its own self-driving vehicle The ride-sharing company will swap its own operations for a minority stake in Aurora, a driverless vehicle start-up backed by Amazon and venture capital firm Sequoia. The deal ends one of the most ambitious attempts to develop a fully autonomous vehicle. (FT) 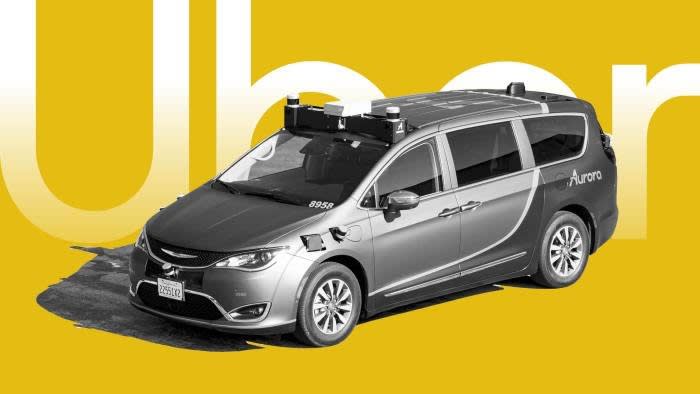 Uber will move its 1,200-strong unit to Aurora, which currently employs 600 people, and will invest $ 400 million. © FT montage / Getty Images

Johnson is due to go to Brussels to break a stalemate Boris Johnson will travel to Brussels this week for face-to-face talks with his EU counterpart Ursula von der Leyen to end deadlocked trade talks between the UK and the EU. Here are the three big sticking points remaining. (FT)

Europe warns Iran of planned nuclear activities Germany, France and the UK have warned Iran that its plans to expand its nuclear energy program could undo efforts to revive a landmark international nuclear deal after Donald Trump’s departure. (FT)

Grantham stumbles upon a profit of $ 200 million Investor Jeremy Grantham made a personal investment in battery manufacturer QuantumScape “accidentally” around $ 200 million. Blackstone and CVC have agreed to list Paysafe at $ 9 billion as part of a merger with a blanket check company founded by billionaire Bill Foley. Spacs have taken Wall Street by storm this year, but they may not offer investors the best return on their investment, according to Ortenca Aliaj. (FT) 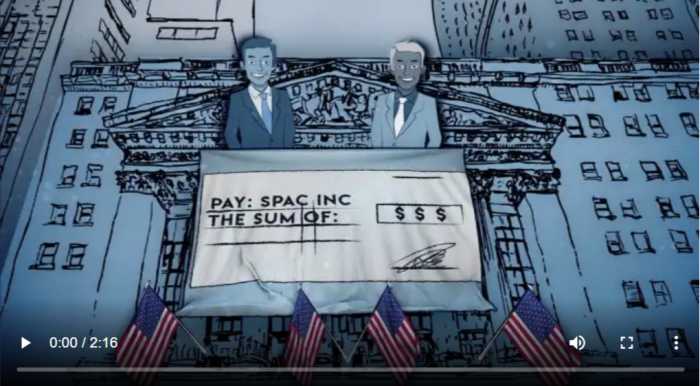 China is throttling overseas lending China has cut the foreign lending of its two largest political banks after nearly a decade of growth. Regardless, the shares in JD Health, the health unit of the Chinese e-commerce group JD.com, rose by up to 75 percent on its trading debut. (FT) 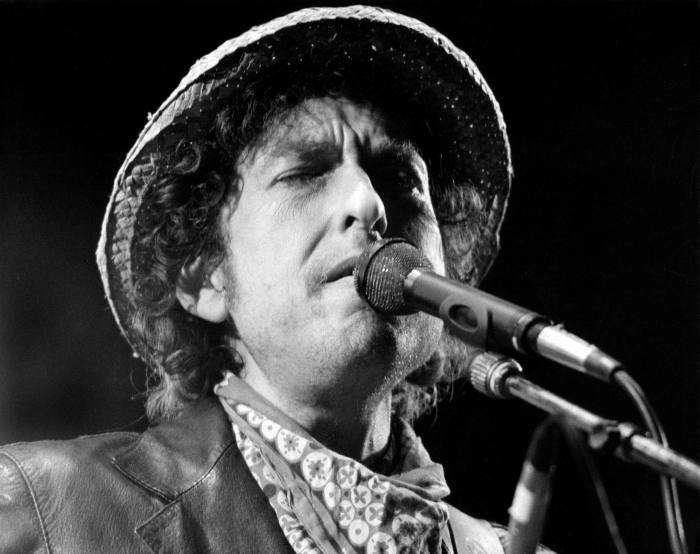 Chuck Yeager dies at the age of 97 The US test pilot Chuck Yeager, who was the first to break the sound barrier, died at the age of 97. Yeager earned his place in history after flying the experimental Bell X-1 rocket plane in 1947. He was immortalized in Tom Wolfe’s novel The Right Things and a subsequent film of the same name. (BBC)

Foggy metrics obscure the value of cloud companies Cloud computing companies have been in high demand on Wall Street this year, but investors and financial experts caution that cloud companies’ seemingly bulletproof revenue streams and future order books are not always what they seem. And what happens to Zoom after there is a Covid-19 vaccine? (FT, Recode) 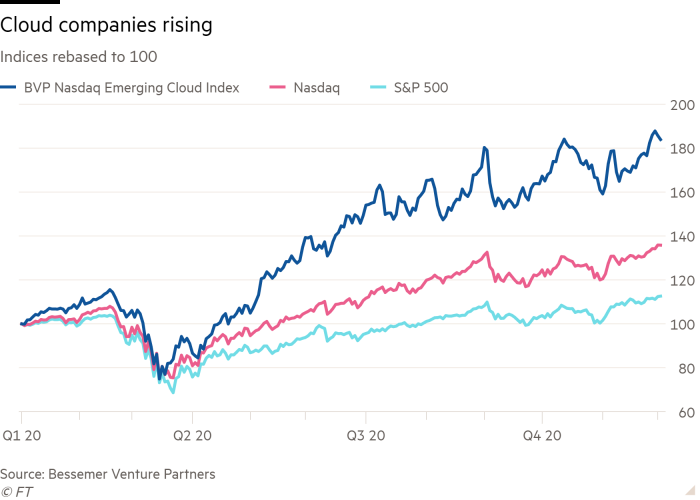 EU versus big tech With the tech sector’s growing economic power, EU regulators are rushing to crack down on gatekeepers – companies like Google and Amazon who run online marketplaces that others must use to do business. Do you have a chance of success? (FT)

Europe rightly risks a double “no deal”. Elephants are rattling outside the EU summit this week in the form of a Brexit and a confrontation with Poland and Hungary over the rule of law. The EU does not want a “no deal” on either front, but the negotiators know that two bad deals would be even worse for the bloc’s long-term future, writes Gideon Rachman. (FT) 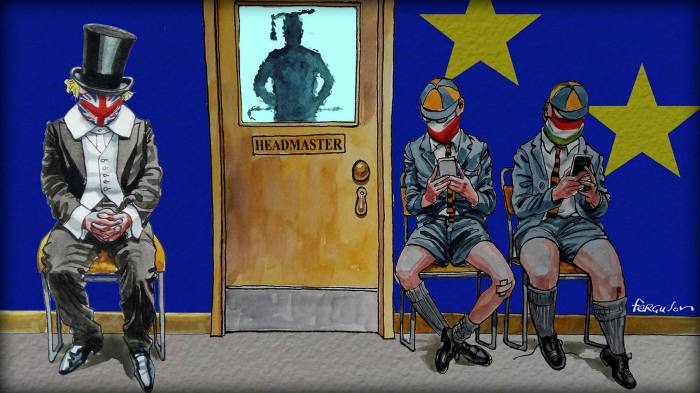 China’s provocateur “wolf warrior” Zhao Lijian thrives on controversy. The State Department spokesman has taken an extreme approach to fueling China’s interest by becoming a populist provocateur who owes his career to shocking and trolling Beijing’s critics on Twitter. (FT)

Brazil’s borrowing is worrying investors The Brazilian economy minister has made one of the biggest coronavirus-related issues related to coronavirus with a metaphorical credit card that was already maxed out before the pandemic. The extra spending helped Brazil avoid a deep recession this year, but at what cost, asks Latin American editor Michael Stott. Can Brazil mitigate climate change? Read more in today’s special report. (FT)

Glencore’s boss faces a charcoal face test When 45-year-old South African Gary Nagle takes over the reins next year, commodity trading and mining powerhouse Glencore will have to decide whether to stay in coal mining and shake a share price that, despite doubling since March, is still below its flotation price 2011. (FT)

Banx: US Department of Justice in Trump apologizes bribe probe 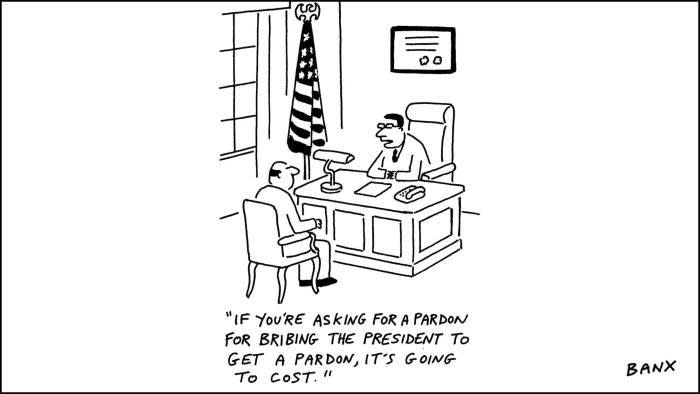