Dominic Cummings, Boris Johnson’s chief advisor, announced his resignation Thursday night, which should signal the beginning of an exodus of Vote Leave veterans from Downing Street.

The architect of the 2016 Brexit vote confirmed that he intends to make himself “redundant” by the end of the year as the consequences of the prime minister’s decision to break the pro-Brexit activists’ stranglehold on his operation number 10 are in full Whitehall echoed.

Both men have categorically denied that they were responsible for the leak that infuriated Mr Johnson. Mr Cain resigned Wednesday after the prime minister refused to promote him to the role of chief of staff in a tense one-on-one conversation that Tory MPs saw as a turning point.

Some Whitehall officials insisted stalled Brexit trade talks were not the cause of the bloodshed on Downing Street, but rather a struggle for access to the prime minister and power.

The Danish government admitted Tuesday that it had no legal basis to order the killing of the country’s mink population in order to contain a mutated form of the coronavirus. © Bloomberg

The development of coronavirus vaccines has given drug companies a chance for salvation and, as Colby Smith writes, has caused tremors in the bond market. (FT)

Follow our coronavirus tracker and live blog for the latest information.

Central bankers: Vaccines add to uncertainty Three of the world’s top central bankers predicted that the Covid-19 vaccine breakthrough would increase uncertainty for the global economy as they called for more short-term public support to fill the gap to recovery. (FT)

US bars that own shares in the Chinese military Donald Trump has signed an executive order banning US investors from holding stakes in companies linked to the Chinese military as the US president’s assertive stance on Beijing continued despite his loss of the election. (FT)

Goldman partners with women and minorities Women and ethnic minorities make up nearly half of Goldman Sachs’ new partners, diminishing the dominance of white men in one of Wall Street’s most exclusive clubs as the bank promoted its smallest eligibility class in decades. (FT) 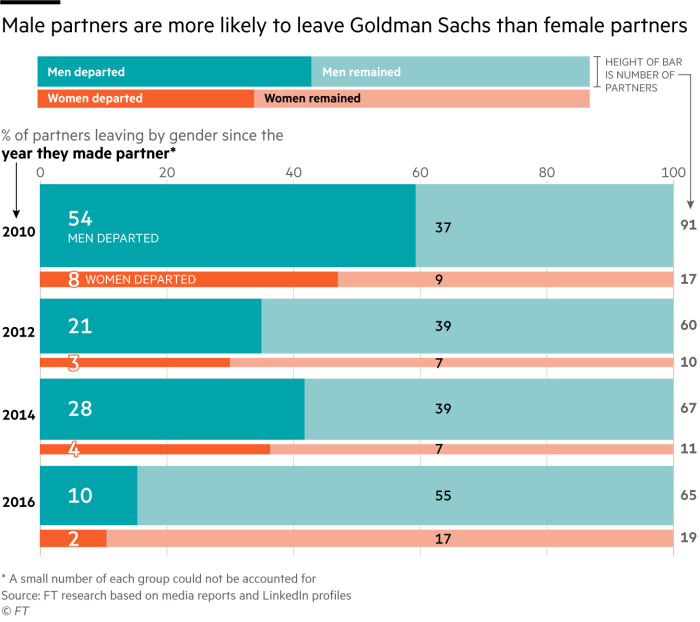 Republican Resistance to Biden Rifts A small but influential group of Republicans has called on President Donald Trump to allow the US election. Joe Biden named Ron Klain his chief of staff. Here is a profile of Lael Brainard, the internationalist for top treasury jobs. (FT)

“The Crown” Season 4 When Netflix’s regal drama returned to screens on Saturday, costume director Amy Roberts discussed the challenges and joys of setting up Diana, Princess of Wales, Margaret Thatcher and the Queen. Here is an interview with Olivia Colman, the star of the series. (FT) 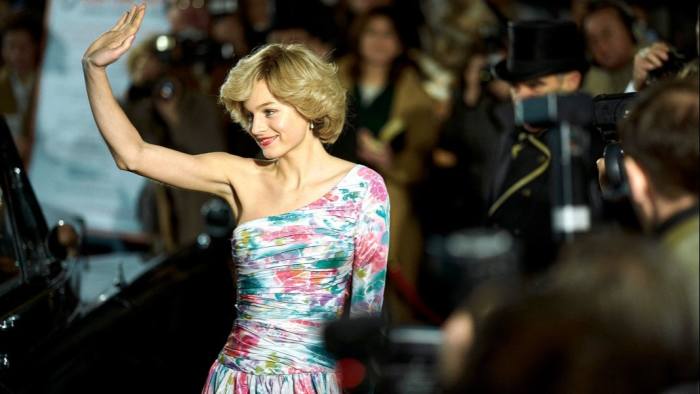 South African politician in court Ace Magashule, Secretary General of the African National Congress, will appear in court in Bloemfontein on Friday at a crucial moment in President Cyril Ramaphosa’s fight against transplantation and for control of the ruling party. (FT)

Merits The American fantasy sports outfit DraftKings, in which Michael Jordan recently bought an 8 percent stake, will publish its results for the third quarter on Friday. Mitsubishi UFJ and Nippon Paint also closed the week with calls for profits. (FT)

Local elections in Brazil More than 5,000 cities across Brazil will hold local elections beginning Sunday after a campaign of increasing mobilization across the political spectrum and record numbers of women, blacks and military officials battled for seats. (FT)

Your Fantasy Dinner Party: Tell FT weekend editors Alice Fishburn and Alexander Gilmour who you would invite, who would cook, and what is on your menu in Friday’s live Q&A.

Democracy or Dictatorship? While some call Donald Trump’s post-election reshuffle an “attempted coup”, others worry about the peaceful transfer of power. What’s going on in the White House? Demetri Sevastopulo and Katrina Manson from the FT explain. Donald Trump is not done with America yet, writes Edward Luce. (FT)

“Modis Rockefeller” India’s corporate titan has built its success on infrastructure. However, critics say his rise symbolizes a system where too little power is in the hands of too few. In other news, India’s economy is experiencing an inconsistent recovery from the pandemic. (FT) 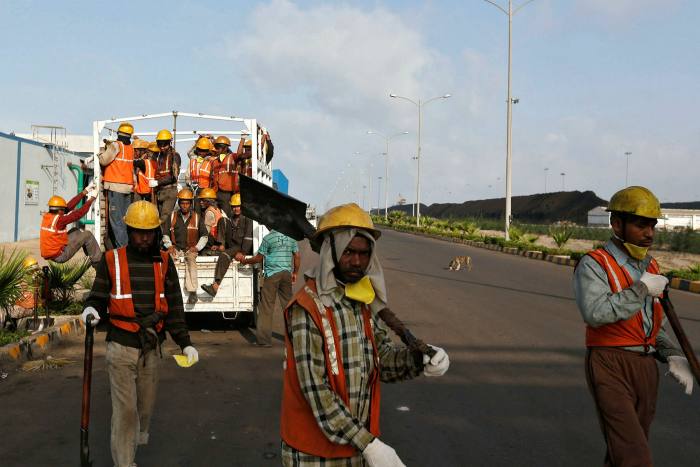 Erdogan’s family implosion The resignation of Berat Albayrak, the Turkish President’s son-in-law, as chief financial officer was marked by months of mounting economic problems and a currency in free fall. Some doubt that Recep Tayyip Erdogan couldn’t have known how bad things were. But others insist that he was cut off from reality. (FT)

Personalized education for a digital age The pandemic has opened up new opportunities for teachers to experiment, writes John Thornhill. If 20th century education was all about standardization, 21st century education should focus on personalization. In these uncertain times, families share stories about parents during the pandemic. (FT, NYT) 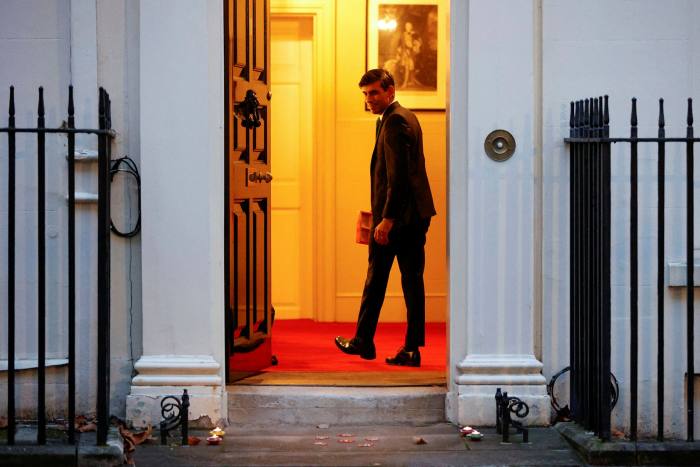 Don’t rain on your parade. . . Even with the good news in the markets this week following positive results from the Covid-19 study, investors shouldn’t get carried away. Long dormant inflation risks could return, writes Gillian Tett. However, the pandemic has underscored the strengths of investment trusts, such as their ability to generate stable dividends. (FT)

Will Covid Kill Main Street?In early 2020, FT retail correspondent Jonathan Eley traveled to Doncaster in the north of England to see what the city could say about the future of Britain’s difficult main roads.

Banx: Democrats carry on, Republicans deny the reality of the US election results 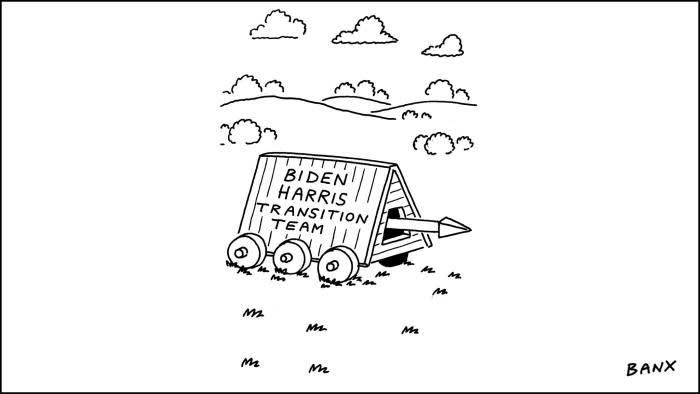