California rolled back most of its economic reopening measures as the coronavirus outbreak in the US sunbelt showed few signs of abating.

Gavin Newsom, the California governor, on Monday ordered the statewide shutdown of bars, cinemas and dine-in restaurants in one of the most sweeping reimpositions of lockdown measures since infections began to spike in the US south and west last month.

Mr Newsom also forced the closure of gyms, barbers and places of worship in 30 of the hardest-hit counties, covering about 80 per cent of the state’s population.

The decision by Mr Newsom to reverse the reopening of the US’s most populous US state triggered a late sell-off on Wall Street. The downbeat investor mood carried over into Asia and Europe on Tuesday.

California has become a case study in recent weeks for how a few bad decisions can undermine months of good work.

“We came back earlier than any guidelines suggested,” Gary Tamkin, a physician and vice-president at California-based VEP Healthcare told the FT recently.

Meanwhile, Anthony Fauci warned that the US local public health infrastructure was “in tatters” and said the US needed to train more physicians. (FT)

We have launched a new UK economic recovery tracker to indicate how quickly sectors are rebounding. Follow our live coverage here.

China imposes sanctions on Lockheed Martin The American weapons manufacturer is being targeted for its part in a $600m weapons deal agreed last week between the US and Taiwan. On Monday, the US hardened its stance against Chinese territorial claims to the South China Sea. (FT)

Tech groups and states back foreign students Facebook, Google and Microsoft and attorneys-general from 18 states and the District of Columbia joined the legal battle against a new Trump administration rule requiring foreign students to depart if their courses are online-only. Mary Trump won a legal fight over the release of her tell-all book. (FT, WSJ) 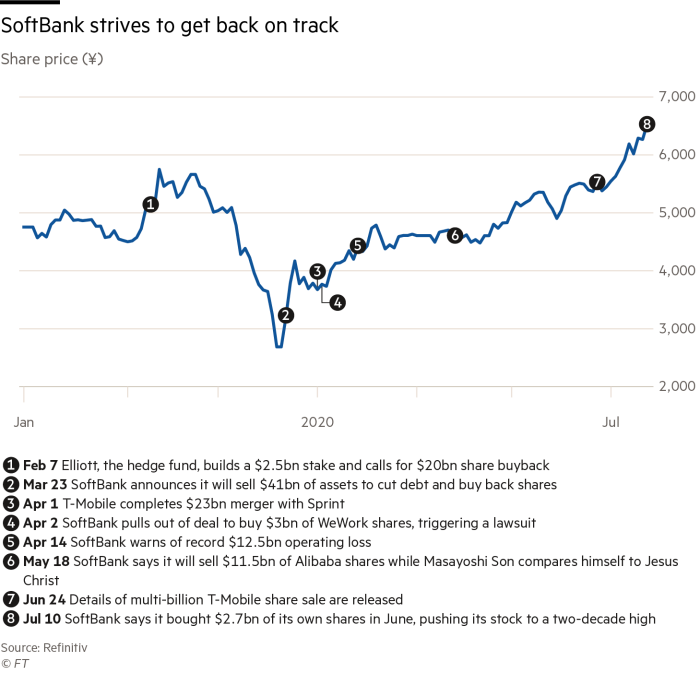 McKinsey warned Wirecard a year ago to take ‘immediate action’ The consultancy warned Wirecard in June 2019 that “risks related to business partnerships or third parties” were one of its main vulnerabilities, according to two people briefed on the details and a document seen by the Financial Times. (FT)

Palantir’s long route to public listing The controversial data analytics company, co-founded by venture capitalist Peter Thiel, is considering a direct listing in which no new shares are issued and stockholders are immediately able to sell their holdings. (FT)

Hong Kong migration to UK About 200,000 Hong Kong citizens could move to the UK over the next five years, according to internal Foreign Office estimates — one of Britain’s biggest recent non-European migrations. But only a small fraction of US companies plan to leave the territory. (FT)

US earnings season Wall Street is preparing for an earnings season like no other, with investors braced for the damage wrought by coronavirus. US banks Citigroup, JPMorgan and Wells Fargo kick off reporting on Tuesday. (FT) 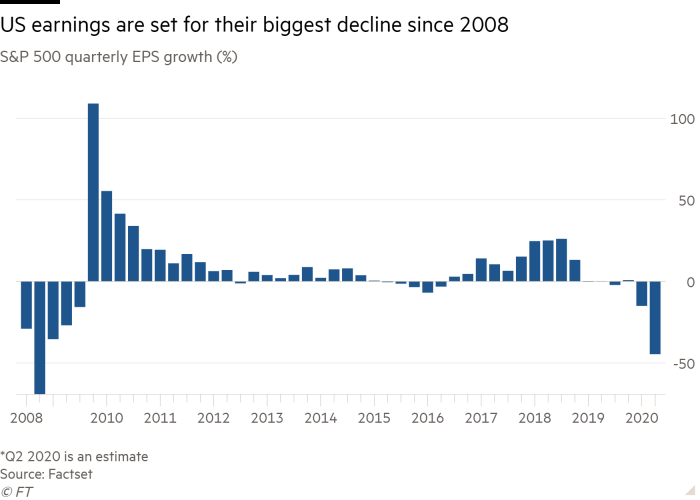 UK Huawei judgment The UK is expected to issue a decision to phase Huawei out of 5G networks on Tuesday. Just hours before the decision was due to be made public John Browne, chairman of Huawei’s UK board, said he would step down. (FT)

Ghislaine Maxwell due to appear in court The former partner of convicted child sex offender Jeffrey Epstein is due to appear in a Manhattan federal court via video link. She was arrested earlier this month on charges that she helped Epstein sexually abuse underage girls. (FT)

What has coronavirus taught us about ourselves? Rutger Bregman, the “scourge of Davos”, will share his answers with the FT’s Tim Harford when they discuss the Dutch historian’s latest book ‘Humankind’ at the inaugural Books with the FT on Wednesday, July 15, at 4pm BST. Register here.

US dollar risks Large banks turned bearish on the US currency back in May and since then the outlook has deteriorated further, say analysts. “The US simply faces more risks than other major economies at this point,” said Shahab Jalinoos, global head of foreign exchange strategy at Credit Suisse. (FT) 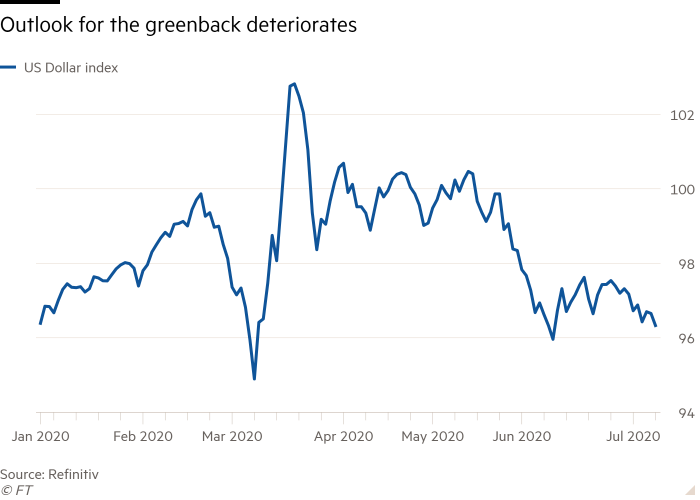 UK-China relations: from ‘golden era’ to the deep freeze “No economy in the west,” George Osborne declared in 2015, “is as open to Chinese investment as the UK”, predicting a “golden decade” ahead. Five years later, that phrase has come to haunt Sino-British relations. (FT)

Free speech is about listening too An open letter in defence of robust debate has itself sparked a robust debate. We need to defend free speech — and to promote it for those less often heard, writes author Timothy Garton Ash. Many prominent thinkers seem invested in the notion that public criticism is a threat to free speech. (FT, Atlantic)

Carnage for digital publishers in what was meant to be turnround year For venture capital-backed digital publishers such as Vice and BuzzFeed, 2020 was supposed to be the year that they finally turned a profit, following cost-cutting and consolidation. Then the pandemic struck, and with it came an advertising slump. (FT) 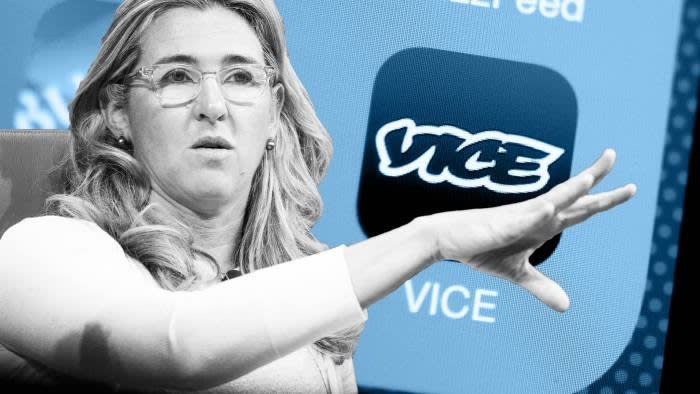 Vice Media chief Nancy Dubuc: ‘We were in a pretty good place coming into this year’ © FT montage

Antimicrobial resistance is the next public health battle We need to be better prepared for drug-resistant diseases, writes Emma Walmsley, GlaxoSmithKline chief executive. We risk returning to a time when a simple cut has lethal consequences. (FT)

Virus releases Tokyo commuters’ silent scream “Please scream inside your heart”, is Fuji-Q Highland theme park’s new slogan, as visitors are asked to avoid spreading thrilled exhalation into the slipstream of fellow passengers. But the feeling is not new, writes Leo Lewis. (FT)

Rishi Sunak’s ascent is not assured The smart money is on the chancellor, the only minister whose reputation has been enhanced by the pandemic, to be the next premier. But a dose of reality is needed, Robert Shrimsley writes: Mr Sunak’s fate is inextricably entwined with the economy. (FT)

Video: Coronavirus: How strong is the US economic recovery? | Charts that Count