China will give priority to expanding domestic demand in the world's second largest economy and achieving "big breakthroughs in core technologies," the ruling Communist Party of China said Thursday as it concluded an annual planning meeting in Beijing.

After four days of deliberations, the party's 200-member Central Committee signed a draft plan through 2025, when President Xi Jinping is expected to be in the middle of an unprecedented third term. Details have been sparse, however, and the party's 14th Five-Year Plan may not be fully revealed until it is stamped by the Chinese parliament early next year.

After trying in recent years to try to cut domestic debt and weather a trade war launched by President Donald Trump two years ago, Mr Xi's administration is focused on finding ways to develop in a number of tech sectors currently dominated by the US to achieve “self-sufficiency”.

While the Central Committee found that economic growth was "better than expected" thanks to China's successful containment of the Covid-19 pandemic, it warned that "the international environment is becoming increasingly complicated" and that there is greater "instability and uncertainty".

Three killed in a French knife attack A man with a knife killed three people in a church in the southern French city of Nice on Thursday. President Emmanuel Macron named the country the most recent Islamist terrorist attack. (FT)

USA loosens Huawei curbs The U.S. is allowing a growing number of chip companies to provide Huawei with components as long as they are not being used for the 5G business, according to Washington-taught people in a potential lifeline for the Chinese group. (FT)

The extradition of Ghosn's alleged accomplices was delayed A US federal judge has temporarily halted the extradition of two US citizens accused of orchestrating Carlos Ghosn's daring escape from Japan last year, shortly after the US government approved their removal. (FT)

US court rulings on election renewals flood The Supreme Court has ruled to allow longer periods for the receipt and counting of ballots in Pennsylvania and North Carolina, but not in Wisconsin. US media companies are preparing for an election night that may not result in a clear winner, and corporate bond markets are starting to creak ahead of election day. (AP, FT)

The Bank of Japan cuts growth forecasts Japan's central bank said the economy would contract 5.5 percent for the fiscal year ended March 2021, compared to its earlier forecast of 4.7 percent. Policy makers predicted a stronger economic recovery in 2021 as monetary policy was kept on hold. The European Central Bank has also left its policy unchanged. (FT)

LVMH to buy Tiffany at a lower price The French luxury group has agreed to continue taking over the U.S. jeweler at a slightly lower price, approve a $ 15.8 billion deal and end a bitter conflict sparked by the Covid-19 pandemic and the largest Acquisition of the luxury sector threatened to derail. (FT) 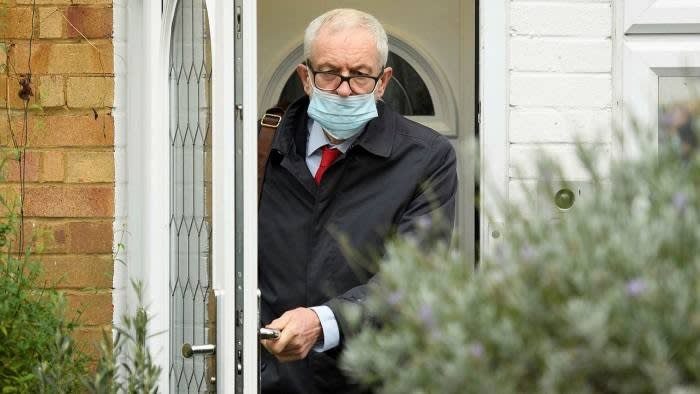 Summary of results ExxonMobil, which has jumped on the green train more slowly than its competitors and suffered a huge loss after one of the biggest oil price crashes in decades, reported on Friday. Fellow Oil Major Total will release its third quarter updates on the same day. For UK banks, NatWest closes the week with its earnings on Friday. (FT)

The next pandemic Finding new viruses has become more difficult during the pandemic, but has never been more important. Like most other novel human viruses, Sars-Cov-2 is zoonotic: it passes from animals to humans. As deforestation and climate change accelerate the spread of disease, virus hunters try to identify and prevent the next pandemic. (FT)

Putting bidenomics into action Joe Biden would start a program of high spending and tax increases to prop up America's economic recovery. However, implementation will not be easy. And a Biden victory could renew a democratic split in trade. In terms of markets, history shows stocks outperform Democrats. (FT, NYT)

Myanmar's deluge of misinformation In Myanmar, Facebook is basically the internet. Saying "Get online" is the same as saying "Active on Facebook". But weeks before the country's elections, fake news and vitriol have become a major online problem. (The economist)

Another Florida election campaign in 2000? The controversial US Supreme Court ruling that stopped a recount of ballot papers looks worryingly relevant, writes Edward Luce. That the Supreme Court will decide the election next week is neither trivial nor likely. It's somewhere in between. In the meantime, most states allow mask-free voting to prevent clashes. (FT)

Marcus Rashford's lessons in politics The English soccer player's campaign exploits a strong demand for fairness, writes Philip Stephens – even to many Boris Johnson MPs it seems obvious that poor children should not go hungry regardless of the cost. (FT) 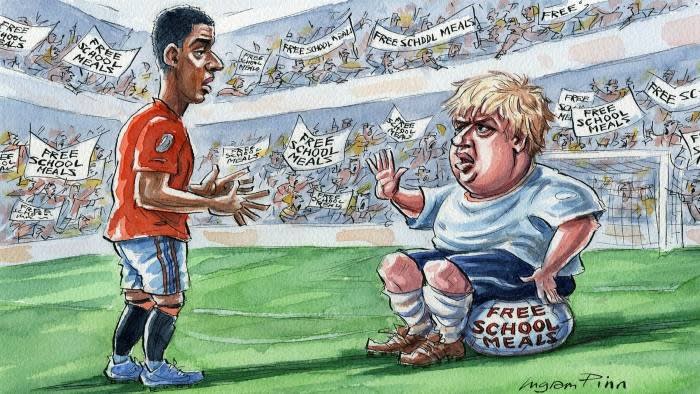 QAnon's Kryptonite: K-Pop Fans Korean pop star fans, especially those of the band BTS, have proven that they can disrupt the online trolling of supporters of the pro-Trump conspiracy group QAnon. They may not swing the elections, but they are becoming a cultural force to be reckoned with. (Bloomberg)

Working with long Covid-19 Most Covid-19 patients recover within two weeks. However, some patients with so-called "long covid" experience symptoms for months that pose a challenge for both employers and employees. Emma Jacobs speaks to some of them. (FT)

Will we be able to ski this winter? The early snowfall in the European Alps and the American Rocky Mountains caused a stir, but the outlook remains uncertain. In Cervinia, one of the largest resorts in Italy, the lifts went into operation last Saturday. However, after only two days they had to stop. (FT) 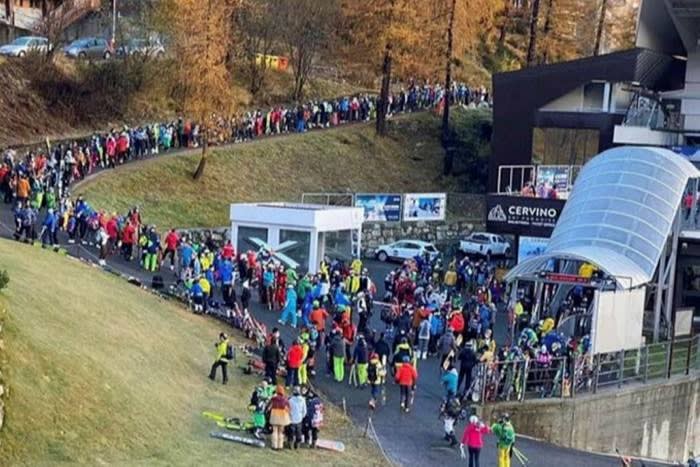 Queues in Cervinia, Italy, on the opening day last weekend

Emiliya is the FT's first climate editor in London. She works with writers across the newsroom to commission content for our new climate hub, which goes live starting today. She was previously the editor-in-chief of FT in New York.

What is one climate change story that you are particularly interested in? The return to old values ​​or old ways of doing more sustainable things, as well as the newly developed technologies and sciences that will change the world in the next decade just as the Internet did in the last decade.

Which FT Podcasts / Newsletters would you recommend and why?
The Behind the Money podcast is unique in exploring financial drama, both in explaining the bigger picture and in telling stories – and Aimee Keane makes me listen.

What's an interesting fact about you? My father was born in Ukraine and my mother in Greece. They met as non-English speaking post-war migrants in Australia, where I was born. My father sat me on his knee as a toddler and read the newspaper to me so he could learn English and distract me.