US authorities have charged eight people with allegedly conducting an illegal Chinese operation on American soil intended to target, intimidate and kidnap people whom Beijing viewed as dissident threats.

“China’s repatriation squads enter the sovereign territory of the United States, surveil and locate the alleged fugitives and deploy intimidation and other tactics to force them back into China, where they would face certain imprisonment or worse, following illegitimate trials,” John Demers, assistant attorney-general for national security, said on Wednesday.

He said China’s “Operation Foxhunt” started in 2014 at the direction of Chinese president Xi Jinping. Beijing has described the operation as an international anti-corruption campaign, but it regularly functioned as an extralegal effort to target dissidents and critics, Mr Demers said.

The FBI arrested five US and Chinese nationals earlier on Wednesday, following a multiyear investigation. US officials believe the remaining three defendants are in China. (FT)

Apple develops alternative to Google search The US tech group is stepping up efforts to develop its own search technology as US antitrust authorities threaten multibillion-dollar payments that Google makes to secure prime placement of its engine on the iPhone. Meanwhile, an internal Google document reveals a campaign against EU lawmakers and regulators trying to curb Big Tech. (FT)

Apple’s web crawler, Applebot, appears to be increasingly active, suggesting that the iPhone maker may want to create its own search engine © FT montage

Australia returns to inflation on rising childcare costs Consumer prices rose 1.6 per cent in the September 2020 quarter, following a record fall in the previous three-month period, according to data released Wednesday. (FT)

Tech CEOs face Senate scolding Chief executives of Twitter, Facebook and Google faced a blaze of criticism from both sides of the political spectrum for their approach to moderating content, at a bruising hearing days before a US presidential election. All three sought to defend their content moderation processes as unbiased. (FT) 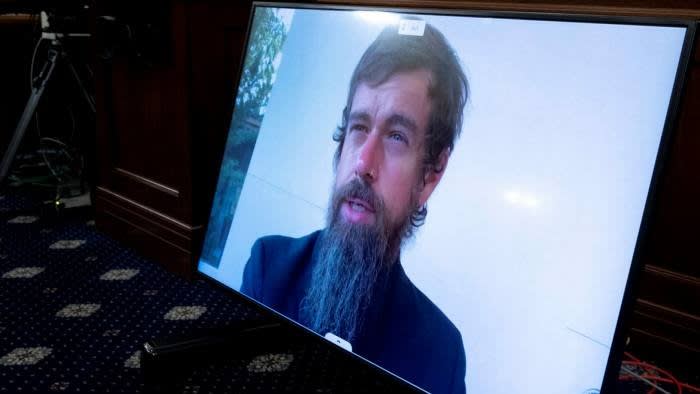 Financial earnings on the up Global dealmaking accelerated by the Covid-19 pandemic has helped propel Nomura to one of its strongest half-yearly performances in two decades. Results from the Japanese bank followed those of HSBC, which reported better than expected third-quarter earnings, and Santander and Deutsche Bank both returning to profit. (FT)

Ant IPO crowns Shanghai Ant Group’s $34bn share sale is set to catapult Shanghai’s bourse to the top of the global rankings in terms of cash raised in 2020 with $52.6bn, well ahead of Nasdaq’s $38bn. Here’s a look at how Ant’s expected record-busting listing compares with previous giant IPOs. (FT, WSJ)

SoftBank chief’s emails detailed in WeWork legal battle Masayoshi Son told the executive he had put in charge of the Japanese group’s ill-fated investment in WeWork to “use whatever excuse” he could find to postpone a payment of up to $3bn to shareholders of the property company, according to documents revealed in court on Wednesday. (FT) 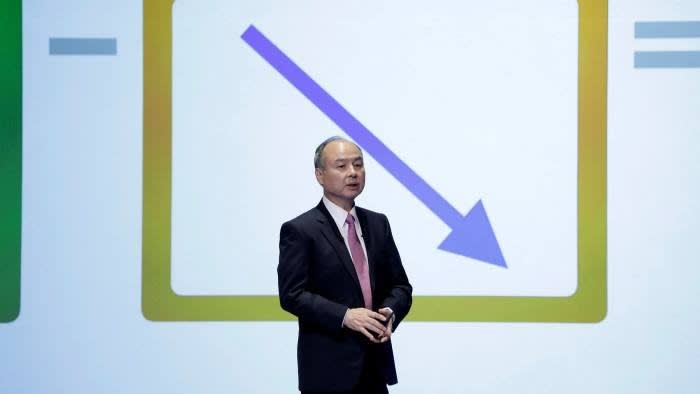 Trump revives ‘law and order’ pitch after Philadelphia protests The White House has sought to reinject issues of law and order into its re-election campaign after a second night of protests and looting in parts of the city, sparked by the police killing of a black man. Meanwhile, a former Trump official who wrote of a secret “resistance” against the president in an anonymous op-ed and book, has identified himself. (FT, AP)

Central banks Analysts are confident that the Bank of Japan will not announce any policy changes when its meeting concludes on Thursday, but the bank’s outlook will be of interest. The European Central Bank is expected to keep its cards covered and the rates on hold. (FT)

Pompeo visits Jakarta Mike Pompeo, US secretary of state, will visit the Indonesian capital on Thursday, which may further antagonise China as tensions ratchet up. (Jakarta Post)

US GDP The preliminary figures for third-quarter gross domestic product, to be released Thursday, are expected to rise 7 per cent quarter on quarter. Donald Trump is betting big on a GDP rebound in his final economic appeal to voters. With less than a week to go before Election Day, here’s how Mr Trump and Joe Biden are faring in the polls. (FT)

Earnings round-up Thursday is a massive day for earnings. Apple, Amazon, Google’s Alphabet, Facebook, Twitter, Spotify and Shopify are all due to report. In the financials sector Credit Suisse reports on Thursday together with Lloyds and Standard Chartered. (FT)

Australia’s compliance culture breeds Covid-19 success When Jamie Smyth came down with a nasty head cold, his first concern was not Covid-19, but that he would miss his son’s cricket match. Our Australia and Pacific Islands correspondent reflects on Australia’s success in suppressing the virus. (FT) 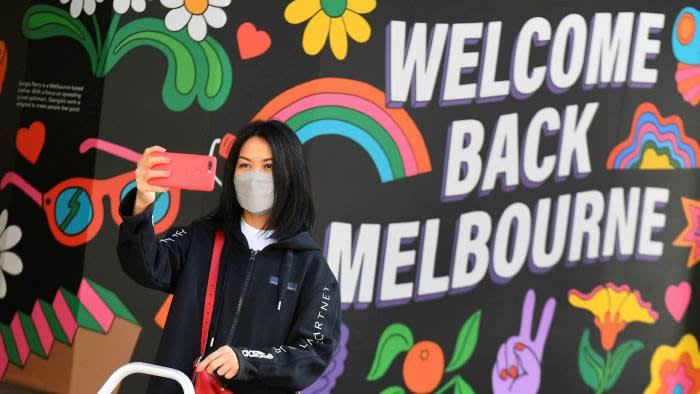 Apollo after Leon Black High-profile investors are distancing themselves from the $414bn asset manager following revelations of its founder’s financial ties to Jeffrey Epstein, as attention turns to succession from the group’s founding triumvirate. (FT)

Corporate America is breaking with Trump Business leaders have issued oblique rebukes of the president’s suggestions that he may not abide by the results of next week’s election. As with any artfully indirect social media post, their meaning has been unmistakable, writes Andrew Edgecliffe-Johnson. What CEOs are saying about Covid, the election and the economy. (FT, WSJ)

Asian business students set their sights closer to home Asian students’ appetite for studying outside the region is being squeezed by several factors: constrained ability to afford fees and other costs; geopolitical tensions; coronavirus-related travel restrictions; and a perception that it may be more fulfilling, safe and reassuring to remain closer to home. (FT) 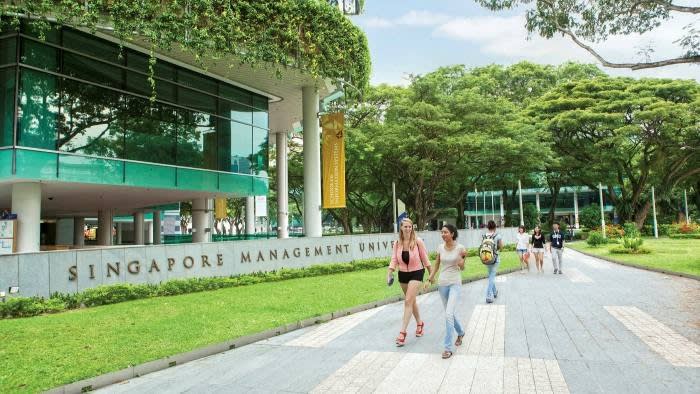 Singapore Management University: schools in the region are adjusting to the ‘new normal’

Threadbare sick pay is a false economy In the fight against Covid-19, many governments have dusted off an innovation that dates from 1883: paid sick leave. But support for workers in quarantine is also crucial, Sarah O’Connor writes. (FT)

The text election: campaigns plea for cash A combination of the pandemic and a crackdown on political advertising by social media companies has made texting more important in this election than ever before as a way for campaigns to raise money. But some tactics walk “a fine line” when it comes to legality. (FT)

Uber at the crossroads Dara Khosrowshahi is more diplomat than disrupter: the car-booking app’s chief executive has spent the past few months lobbying on behalf of his company and the gig economy it helped create, which face challenges from labour organisations and politicians over worker treatment. (FT)

ExxonMobil’s blues Once the world’s most valuable company, Exxon has been left mired in debt. Yet its response has been to double down on oil and gas even as rivals fret about peak demand and cleaner energy. Here’s the US election outlook for crude prices. Sign up to our Energy Source newsletter for essential news, forward-thinking analysis and insider intelligence. (FT) Who’s afraid of Ai Weiwei? After a summer defined by protest, Culture Call hosted one of the most influential artists and activists of our time, to discuss whether we’ve changed. Weiwei describes how to protest creatively and powerfully (“you only see your power from your enemy’s eye”), the symbolic meaning of this pandemic, and his view on the state of humanity.