Goldman Sachs’ Malaysian subsidiary pleaded guilty to a bribery charge as the bank agreed a record $2.9bn global settlement with regulators over the 1MDB money-laundering scandal.

The settlement on Thursday came as Goldman said it would claw back up to $175m in pay and bonuses from current and former executives including David Solomon, the bank’s boss, and his predecessor Lloyd Blankfein. The deal with regulators is the first criminal settlement in Goldman’s history as a public company.

It was punished for ignoring multiple red flags over the multibillion-dollar fundraisings it arranged for state fund 1Malaysia Development Berhad.

US officials said Goldman had played a “central role” in the looting of 1MDB and maintained that the bank should have detected warning signs that could have prevented at least part of the theft of $2.7bn from the fund. (FT)

What do you wish you’d known at the start of the pandemic? Leading business people and thinkers reflect on the early days of Covid-19 — and what lessons we can learn. Follow our live blog.

US warns of election interference by Iran and Russia The top US intelligence official warned that both nations were attempting to influence American voters ahead of the November 3 presidential election, but some intelligence officials are much more concerned about Russia. Separately, a Dutch security expert claimed he was able to log into Donald Trump’s Twitter account by guessing the password. (FT, NYT, Guardian)

UK-EU push for post-Brexit trade deal The EU and UK embarked on an intensified final phase of Brexit talks after Britain agreed to lift its block on negotiations, prompting the biggest rally in the pound since March. EU chief negotiator Michel Barnier arrived in London Thursday afternoon and is set to have meetings through the weekend. (FT, Yahoo News) 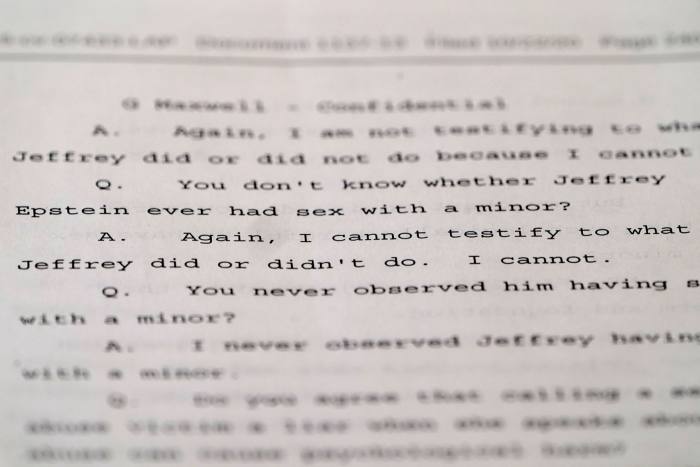 A deposition that British socialite Ghislaine Maxwell gave in 2016 relating to her dealings with the late Jeffrey Epstein. © REUTERS

Turkish lira sinks to record low Turkey’s central bank has dented hopes for a return to economic orthodoxy, ignoring calls from many investors to raise its main interest rate and sending the lira to a new record low. (FT)

Final presidential debate Donald Trump ratcheted up his attacks on the media ahead of his second, and final debate, against Democratic nominee Joe Biden. Candidates will have their mics muted between responses to allow for uninterrupted speech. Here are five things to watch when the candidates go head-to-head. (FT, Reuters) 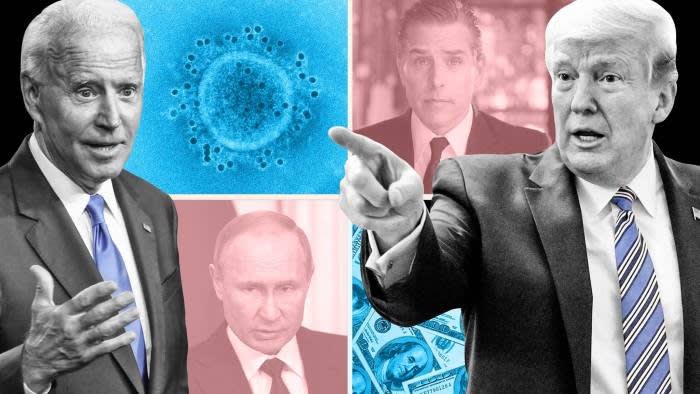 The candidates are expected to field questions on the pandemic, the economy and foreign policy © FT montage; Getty Images; Reuters; Bloomberg

Joe Biden has a 8.7 per cent lead over Donald Trump nationally, according to our poll tracker. Watch the debate with Swamp Notes columnists Ed Luce and Rana Foroohar, along with US managing editor Peter Spiegel on FT.com starting at 7pm ET/7am HKT for real-time commentary and shrewd analysis.

Barclays earnings Analysts will discover on Friday how the pandemic has weighed on the British lender. One factor they will consider will be increased demand for problem loans as new lockdown measures come into force across Europe. (FT)

How New York’s missteps let Covid-19 overwhelm the US New York governor Andrew Cuomo was lauded for his early response to the outbreak. But a closer examination of those crucial early weeks tells a less flattering story — of divisions between New York and Washington, within the state, and between the city’s richest and poorest hospitals. (FT)

Read our previous investigations: Coronavirus: could the world have been spared?

When prophet of profit, met a pandemic Coronavirus sheds fresh light on the University of Chicago economist Milton Friedman’s narrow definition of social responsibility in three ways, Andrew Hill writes. Stephen King makes the case against Modern Monetary Theory: the reality is that we are borrowing from our collective economic futures. (FT)

Exclusive: How Wirecard misled investors over KPMG audit Some of the more serious allegations of fraud and embezzlement against Wirecard may be hard to prove in court. But market manipulation may not be, documents seen by the FT and interviews with people with first-hand knowledge indicate. (FT)

How to avoid being manipulated by fake news The forces behind voter manipulation have more tools and tactics at their disposal than ever before. FT’s Hannah Murphy runs through what to look out for in the run-up to this year’s US presidential contest. Meanwhile, TikTok is battling to stay “apolitical” ahead of US election. (FT)

Video: US election 2020: how to avoid being manipulated by fake news

Does Palantir see too much? The company that went public last month helps governments and law enforcement decipher troves of data. But the questions that surround the company make its practices mysterious — and some say dangerous. (New York Times Magazine)

Joe Biden’s promise is of a life beyond Trump There is no return to the world before Donald Trump, Philip Stephens writes. The Pax Americana has gone — but the shape of its replacement remains to be seen. Martin Sandbu says the US presidential election is judgment day for the liberal order and Edward Luce reviews Joe Biden: American Dreamer. (FT)

Change how boards work to achieve true diversity It is time to rethink the terms of board membership. Could we enlarge boards to bring in new talent? Should directors retire after a certain number of years? In June, Microsoft released a plan to double its number of black managers, but the company is still struggling to increase representation. (FT, Bloomberg)

Is camel’s milk the new ‘superfood’? Kenyan farmers say the highly nutritious milk can help with an array of medical conditions such as diabetes and autism. Read more in our special report: African Farming & the World (FT) 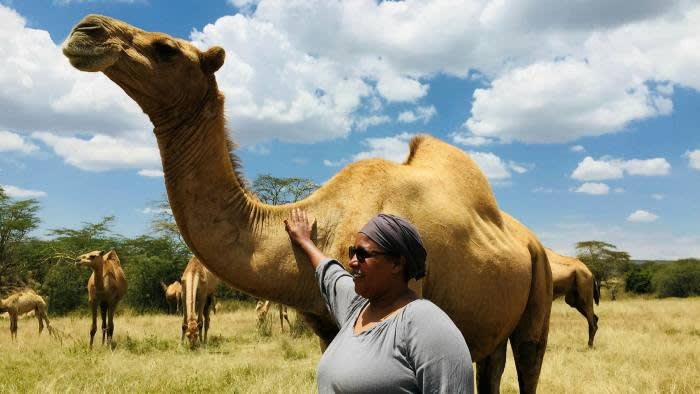 Why a bank profits in a recession The recent market volatility has been a boon for the trading divisions of many Wall Street banks, including Morgan Stanley. On our Behind the Money podcast FT’s Laura Noonan explains how success in trading, and a focus on wealth management has positioned Morgan Stanley to make gains during the pandemic — and whether the trend will last.

From the episode: “There’s always going to be things that are counter cyclical and things that do well when the world does badly. The way investment banks are structured, they benefit from activity and when you have uncertainty like this, there is more activity.” — Laura Noonan