Donald Trump on Thursday pledged to boycott the second US presidential debate, lashed out at some of his closest cabinet members and suggested he might have caught coronavirus from the relatives of fallen soldiers.

In a television interview with Fox Business Network that lasted almost an hour, the president said he would not attend next week’s debate after the group organising the contest said it would be held virtually for safety reasons following the president’s coronavirus diagnosis.

“I’m not gonna waste my time on a virtual debate,” Mr Trump said. “That’s not what debating is all about.” The president will instead hold a rally, according to his campaign manager.

A week after the fiery stand-off between Mr Trump and Joe Biden, vice-presidential nominees Mike Pence and Kamala Harris took to the stage on Wednesday evening for a more sedate debate. Our Swamp Notes columnists Rana Foroohar and Edward Luce, along with US managing editor Peter Spiegel, live blogged their analysis throughout the night. Here are five key takeaways — yes, one is about the fly. (FT)

A fly rests on the head of US vice-president Mike Pence as he takes notes during the vice -presidential debate. © AFP via Getty Images 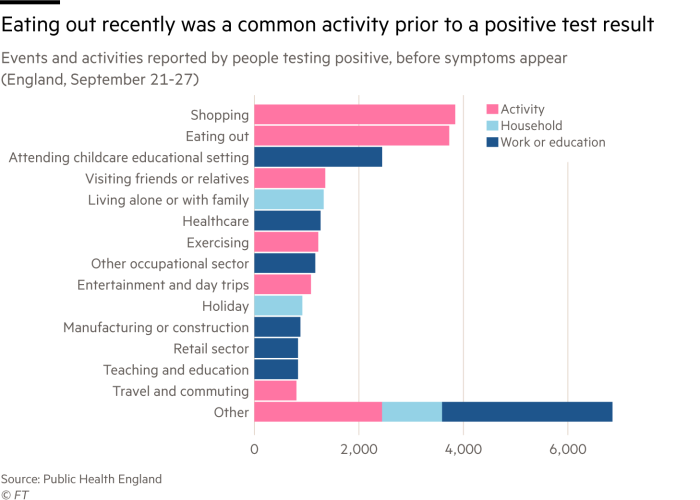 Former Republican party official charged in 1MDB case Elliott Broidy, a former deputy finance chairman of the Republican National Committee, has been charged by federal prosecutors for failing to register as a foreign agent for Jho Low, the Malaysian financier. (FT) 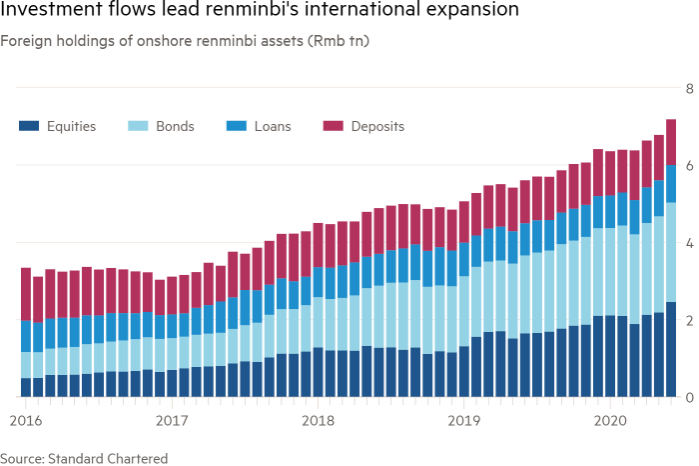 US sanctions 18 Iranian banks The US Treasury sanctioned the banks in consultation with the US Department of State, saying the move was taken to deny the Iranian government financial resources that could support its nuclear and other weapons programmes or regional foreign policy. (FT)

Nigerian and Korean candidates battle to lead WTO A woman will become director-general of the World Trade Organisation for the first time after the race narrowed down to Nigeria’s Ngozi Okonjo-Iweala and South Korea’s Yoo Myung-hee. There’s an impending row over a Covid vaccine patents at the WTO. For more trade news, sign up to Trade Secrets. (FT) 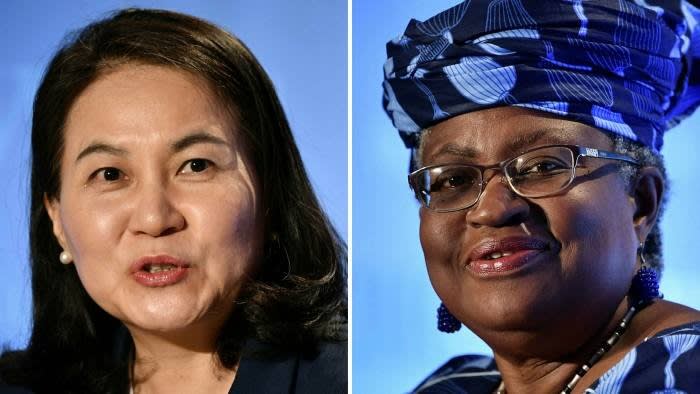 Samsung’s profits soar as US sanctions rival Huawei Samsung Electronics forecast that its third-quarter operating profit rose nearly 60 per cent to its highest level in two years, as its smartphone and chip businesses benefited from tougher US sanctions on China’s Huawei. (FT)

Indonesia reforms target central bank’s independence Proposed changes to the autonomy of Bank Indonesia have triggered alarm among some analysts. The move also comes as the central bank has become one of the first in emerging market economies to experiment with quantitative easing. (FT) 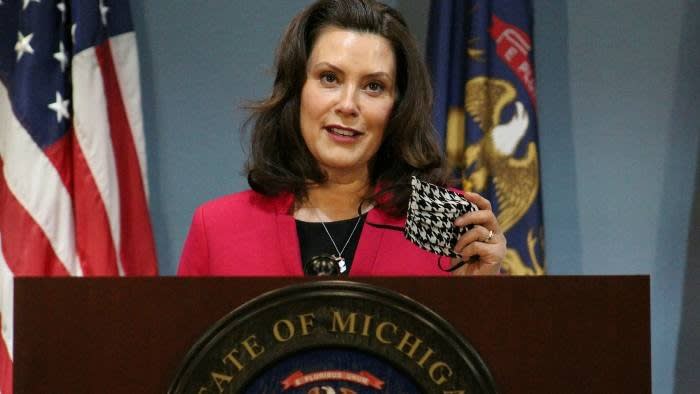 Gretchen Whitmer, governor of Michigan, has been the target of criticism over her imposition of lockdown measures in the US state © AP

How long did Donald Trump stay in hospital after he was diagnosed with coronavirus? 36 hours? 3 days? A week? Take our quiz.

UK GDP Gross domestic product, trade and industrial product details are due on Friday with analysts forecasting a boost to GDP from the country’s Eat Out to Help Out scheme. (FT)

How the US turned hawkish on China Before taking power in 2012, Xi Jinping went on a US charm offensive. Eight years later, scepticism about Beijing has become a rare common ground in Donald Trump’s hyper-partisan Washington. Read more in our week-long series: The New Cold War. (FT) 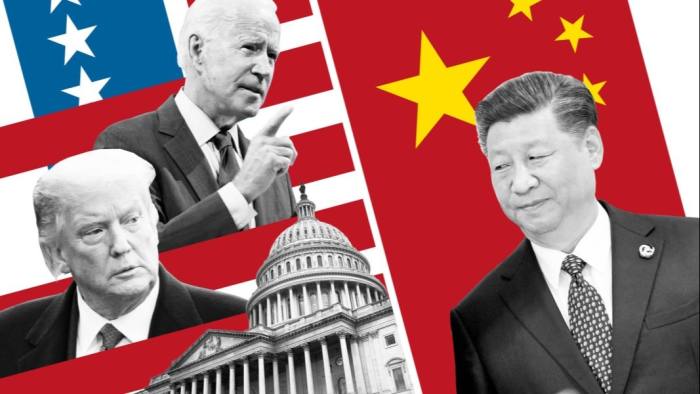 Democracy faces bigger threats than Putin or Xi The forward march of democracy of the early post-cold war era has become a retreat as self-styled strongmen scorn liberal values. But those seeking the root of democracy’s ills should look closer to home, Philip Stephens advises. (FT)

The best hikes in Hong Kong The breadth — and beauty — of the city’s trails is one of the best surprises about life in the Asian financial centre. And during the pandemic, hiking the trails has been a wonderful release. Here are a few suggested routes. (FT) 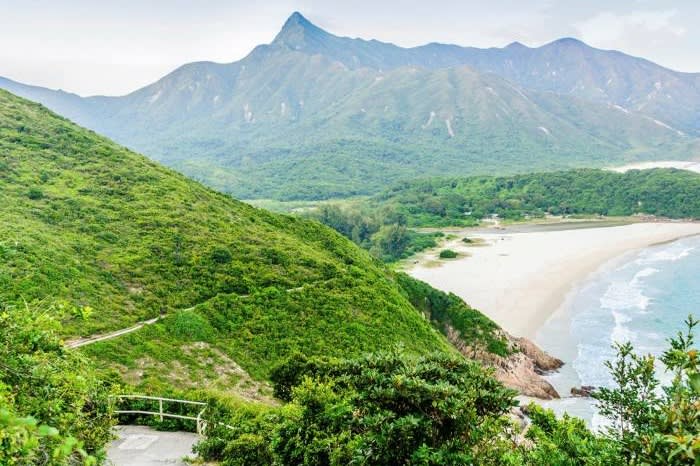 The MacLehose trail features proper wilderness and solitude, jungles and sandy beaches as well as nice peaks to scale if you choose © Alamy

India’s new haven for transgender women The idea for creating the village of Sandeep Nagar was first envisioned six years ago by Grace Banu, one of India’s most prominent transgender activists. Today, the town that houses India’s first co-operative society run entirely by transgender women is a reality. (Vice)

Even college kids are touting Spacs This week it emerged that University of Pennsylvania students have created a so-called “Penn Spac” club to celebrate these new equity vehicles. For the students, this is probably a smart move. For everyone else, though, it is a worrying sign of froth, writes Gillian Tett. (FT)

Donald Trump is risking a Covid election blowout If the race stays focused on the pandemic, polls suggest Joe Biden will win, writes Edward Luce. Mr Trump wants Americans to be afraid of something that does not seem particularly lethal — the radical left — yet be unafraid of a disease that has so far claimed more than 200,000 American lives. (FT) 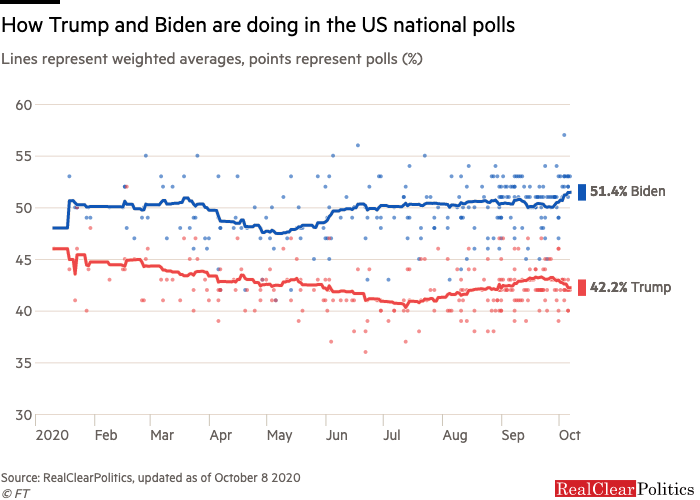 Hollywood is pulling the plug on cinemas The pandemic has cemented a lost year for the film industry and posed an impossible conundrum to Hollywood studios: release films to largely empty cinemas, stream them online at a steep financial loss or delay and hope for a return to normal. (FT)

Tasmanian devils return to mainland Australia The marsupial carnivores will roam the outback again for the first time in 3,000 years thanks to a reintroduction project that released the furry creatures within the Barrington Tops National Park sanctuary north of Sydney. (Smithsonian)

Video: US 2020 election: Trump vs Biden and the African-American vote