Joe Biden attacked Donald Trump as a clueless “clown” trying to take away Americans’ healthcare in a chaotic first debate between the presidential candidates.

The two contenders sparred over issues including the Supreme Court vacancy, race relations and the US coronavirus response. But the debate quickly degenerated with Mr Trump repeatedly interrupting Mr Biden, who at one point snapped, “will you shut up, man?”

Some of the most pointed exchanges involved race and law and order, with Mr Biden accusing Mr Trump of intentionally sowing racial discord, while the US president declined to condemn white supremacist groups. Here’s fact-check of some of the candidates’ claims.

Mr Trump came into the debate facing intense scrutiny over revelations of his minimal tax payments, which were further highlighted by Mr Biden and his running mate Kamala Harris releasing their returns.

The FT’s Peter Spiegel, Rana Foroohar and Edward Luce live-blogged the debate. Read their takeaways, including Rana’s lament that “nobody won this. We all lost”. (FT, NYT)

Where do Mr Trump and Mr Biden stand in the latest polls? Follow our poll tracker.

The global coronavirus death toll passed 1m amid warnings the pandemic is not being brought under control. Follow our live coverage here.

Exclusive: EY’s Wirecard whistleblower EY was warned in 2016 by one of its own employees that senior Wirecard managers may have committed fraud and that one had attempted to bribe an auditor, four years before the payments group imploded, according to an unpublished “info addendum” in KPMG’s special audit. (FT) 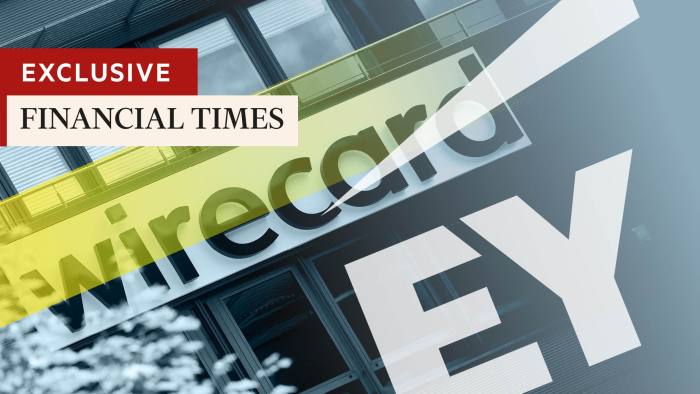 Goldman Sachs shake-up The US bank has announced a broad staffing reshuffle outside its trading and investment banking core, naming Stephanie Cohen as the first woman to lead a big business in several years. Omer Ismail will head the bank’s consumer unit that includes Marcus. (FT)

UK asylum alternatives Priti Patel asked officials to explore an asylum processing centre on Ascension Island, a British overseas territory in the south Atlantic more than 4,000 miles away from the UK, to hold migrants. But the idea was dropped. (FT)

Busiest M&A summer on record Blockbuster deals have seen the busiest summer in three decades, with the combined value of $5bn-plus deals soaring to $456bn as private equity groups pounced on targets. China’s renminbi is set to notch its best quarter of the US-China trade war, helped by a dollar sell-off. (FT) Brexit security gaps British intelligence held in EU security systems would have to be deleted immediately in the event of a no-deal Brexit, imperilling efforts to catch terrorists and criminals across the continent, a former Brussels security chief warned. Europol group chair Boris Pistorius makes the case for a European FBI. (FT)

JPMorgan spoofing settlement JPMorgan Chase has admitted manipulating precious metals futures and US government bond markets over eight years in a record $920m settlement with authorities over the practice known as spoofing. (FT) 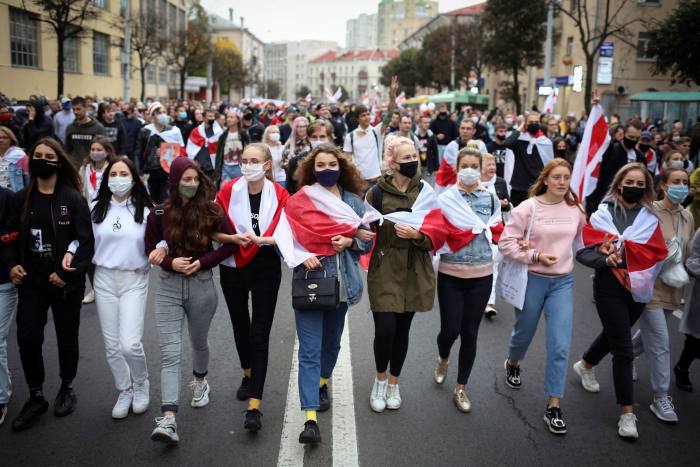 Pompeo vs the Vatican The US secretary of state will hold talks at the Vatican on Wednesday concerning the Holy See’s appeasement of Beijing and the rights of Chinese Catholics. Beijing’s decade-long campaign to secure UN leadership roles has helped shield it from international scrutiny. (FT, WSJ)

Google-Fitbit deal sees light The EU is poised to approve Google’s $2.1bn deal for Fitbit following new concessions including a promise not to use the wearable company’s data to target adverts for 10 years. In the UK, Airbnb faced an additional £1.8m tax bill last year following an investigation. (FT, Reuters)

UK lockdown showdown Boris Johnson faces a revolt by Tory and opposition MPs in a crucial vote on Wednesday to renew emergency pandemic powers, as parliament pushes for a bigger say over new restrictions. (FT)

Palantir trades Shares in Palantir Technologies will begin trading publicly on Wednesday under a complex share structure designed to leave control in the hands of three founders. But investors may not be fazed. (FT) Economic signals UK, US and Canadian gross domestic product figures issued on Wednesday are expected to show a rebound after the second quarter’s dramatic falls. Investors will also be following a European Central Bank’s conference for signs of more support for the economy. (FT)

Big business is no longer the planet’s biggest problem To most activists, “big business” has long been a byword for corporate misdeeds. But many smaller and mid-tier companies have understandable reasons for not embracing the ESG agenda, writes Andrew Edgecliffe-Johnson. (FT) Cities are more resilient than Covid-19 Urban doom has been prophesied many times before, writes Robin Harding, but cities foster wages and productivity that teleworking cannot replicate. John Gapper reviews five new books that chart the rise and enduring appeal of the metropolis. (FT)

Joshua Wong’s warning The pro-democracy Hong Kong activist, who is expected in court on Wednesday, warns that business will also find themselves in the crosshairs of Beijing’s political agenda. Here’s a look at the party hardliners dispatched to remake the territory under China’s national security law. (FT, Guardian) ‘Beyond any doubt, Chinese coercion diplomacy will become the new normal in the territory’ © Isaac Lawrence/AFP/Getty

EU’s ‘golden passport’ problem A burgundy passport marked “European Union” is one of the most desirable documents in the world. But a crackdown on citizenship schemes raises uncomfortable questions about who belongs in the bloc that the EU may prefer not to answer. (Economist) Training from the top A new business programme in Lebanon seeks to “bring back trust” following decades of corruption and mismanagement. The instructor: Carlos Ghosn, the former Nissan chairman who fled trial in Japan. (Reuters)

Could rhymes prevent financial crimes? Santander, one of the UK’s biggest high street banks, has enlisted poets Pam Ayres and Suli Breaks to lead the fightback against fraud in a social media campaign. Claer Barrett finds that they could be surprisingly effective. (FT)

How to put a price on nature The FT’s Leslie Hook talks to leading economists, business leaders, asset managers and ecologists to redefine the value humanity puts on Earth’s natural resources. Read more in our Special Report: Investing in Nature. (FT)