A federal judge has blocked the Trump administration from forcing Apple and Google to remove TikTok from their US app stores just hours before the companies would have been required to implement the ban.

Judge Carl Nichols ruled in favour of TikTok after the company had argued the Trump administration was infringing on free speech and acting in a capricious manner to harm the short-video app.

The US commerce department had ordered TikTok to be removed last Sunday. But it extended the deadline after President Donald Trump gave preliminary approval for a deal that would involve ByteDance, the Chinese owner of TikTok, selling a minority ownership stake to US companies Oracle and Walmart.

ByteDance was forced to create the structure after Washington raised concerns that Chinese ownership of TikTok could make it easier for Beijing to spy on US citizens by forcing the company to hand over data on its users.

In our opinion sector, FT innovation editor John Thornhill writes that the cockamamie TikTok deal fails on every measure. (FT)

HSBC shares rebound amid US-China tensions The UK-based bank’s shares surged more than 10 per cent on Monday after its largest shareholder, China’s Ping An Asset Management, increased its stake. Other companies, however, have seen recent declines from the Beijing-Washington rift. China’s biggest chipmaker, SMIC, fell 7 per cent after Washington imposed export restrictions, and chip unit Kioxia’s $3.2bn IPO was put on ice. (FT)

Deadly Caucasus clash Dozens of people have been killed in a second day of fighting between Azeri and Armenian troops in Nagorno-Karabakh, the most serious clashes over the disputed enclave for four years. Here’s what you need to know about the conflict. (FT, Politico EU)

Report says Trump paid no income tax for 11 years Donald Trump paid just $750 a year in federal income taxes in 2016 and 2017, the New York Times reported, after obtaining tax-return data the US president has refused to release. Joe Biden has launched an advert painting Mr Trump as a tax dodger. Meanwhile, Mr Trump reportedly employed a campaign strategy meant to deter millions of black Americans from voting in 2016. (FT, Channel 4)

Huawei CFO back in court Meng Wanzhou, chief financial officer of the Chinese telecommunication company, returned to court in Vancouver, Canada, on Monday for the next stage of her extradition hearing. (Reuters) 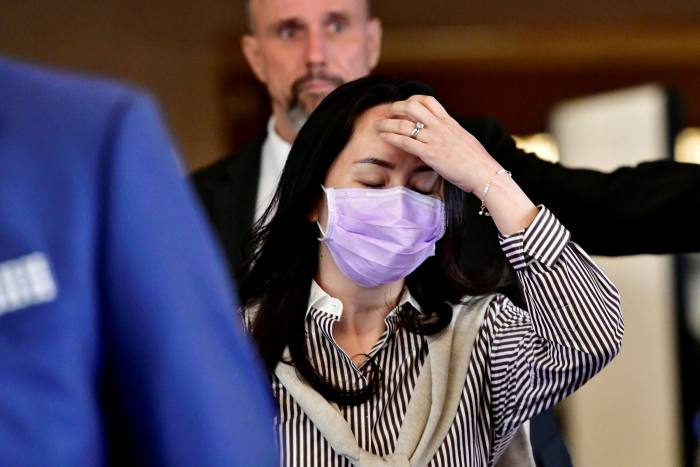 Former Uighur detainee arrives in the US Tursunay Ziyawudun, one of the few Uighur people who have left detention in China’s Xinjiang region and spoken publicly about the experience, has arrived safely in the US, the Uyghur Human Rights Project said. (BuzzFeed News)

Argentina bonds ‘back in hot water’ Newly restructured dollar bonds have slumped in value less than a month after a deal was finalised to postpone debt payments, as fears grow about the country’s economic health. (FT)

EU-UK internal market bill discussions Brussels and the UK will press ahead with trade talks starting on Tuesday in Brussels even as both sides refuse to concede any ground over Boris Johnson’s plan to introduce new legislation which overrides his Brexit divorce treaty. (FT)

Singapore charts its way to digital future for trade The country’s post-pandemic success hinges on “connecting ourselves with the world”, Lee Hsien Loong, Singapore prime minister, has said. On the agenda: taking advantage of the increasing adoption of ecommerce and the use of digital technology by banks in trade finance. Read more in our special report: Singapore: Charting The Future. (FT) 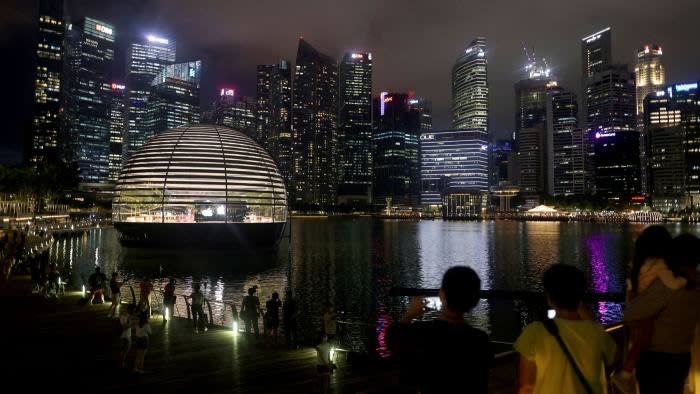 The new gold rush Warren Buffett once mocked gold as a way of “going long on fear”. But this year, the “sage of Omaha” has joined a rush into the precious metal as a hedge against frothy markets and rock-bottom rates that have made gold one of the world’s best performing financial assets. (FT)

Bidenomics puts workers over wealth While Joe Biden campaigned in the Democratic primary as a moderate, he has since outlined a much more progressive economic platform. Pennsylvania has arguably become the most important swing state in the nation. Rana Foroohar spent most of last week driving through the state. She shares some lessons for the election in the latest Swamp Notes. (FT, FiveThirtyEight)

The volatility wake-up call for investors The rollercoaster ride in stocks is combining with multiplying signals of future large fluctuations in derivatives markets to raise doubt about the future, writes Mohamed El-Erian. It is no longer clear that this is a short-term “healthy correction” that cleanses markets from excessive risk positioning and strengthens the foundation for further gains. (FT)

Lunch with the FT Fatou Bensouda, prosecutor of the International Criminal Court, discusses hunting war criminals, facing the Trump administration’s sanctions and widening the court’s remit with Africa Editor David Pilling, who wonders if their face-to-face meeting is the first Lunch with the FT in contravention of US law. (FT) 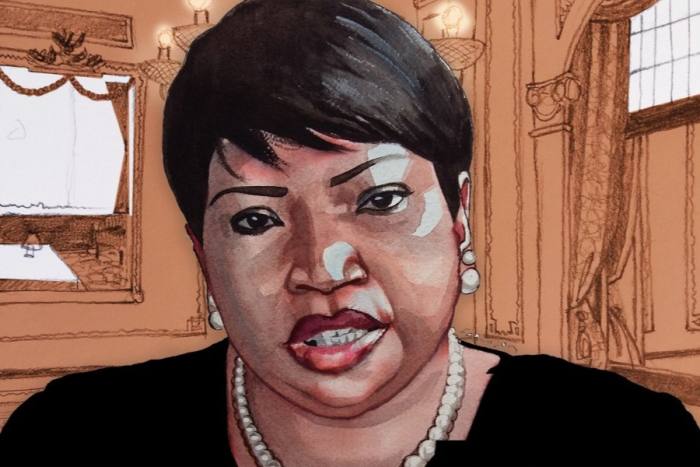 Record numbers apply to top business schools Record numbers of students are remaining in full-time education to get a business masters degree, the FT’s 2020 masters in management ranking shows. Here’s the full list and the rankings’ methodology. (FT)

US election Q&A with Demetri Sevastopulo

The FT’s DC bureau chief Demetri Sevastopulo speaks with Marc Filippino, host of the FT News Briefing podcast, in the second instalment of a weekly series in the lead-up to the US election. Listen to more from the conversation on Friday’s episode.

The US barely paused (after former Supreme Court justice Ruth Bader Ginsburg’s death) before the jockeying for her replacement began. Why has this had an effect on the election?
The most important reason is that this is a chance for Republicans to make the nine-seat court solidly conservative and put in place what would really be the biggest swing on the court in about three decades. Recently, there have been a lot of decisions that have been very close, 5-4 in either direction. So the stakes are huge and its decisions have very long lasting impact, particularly on many of the cultural issues that are critical faultlines when it comes to the presidential election.

Donald Trump stressed that he wanted a vote before the election. Why is he pushing so hard?
This is where Donald Trump and Mitch McConnell and the Senate Republicans may arrive in a different place. Donald Trump obviously wants to win re-election. He has said that he thinks there’s going to be a contested election, so he wants the ninth justice in essentially as a kind of insurance policy. But there are some Republicans who are very worried that even though they want a Republican president in the White House, they think that Trump is actually taking the US down a very, very dangerous path.