Chinese President Xi Jinping and US President Donald Trump gave duelling remarks at the virtual General Assembly in New York, further ratcheting up tensions between the two nations over climate change and the pandemic.

China, the world’s biggest producer of greenhouse gases, said in a surprise move that it will cut its carbon dioxide emissions to nearly zero by 2060. The announcement will raise the pressure on the US, which is now the biggest emitter in the world that does not have a carbon-neutral target.

President Trump will officially withdraw the US from the Paris climate agreement in November and has refused to honour any emissions’ targets. In Mr Trump’s remarks, given to the UN by video, he said the US had cut its carbon emissions despite leaving the Paris accord.

Mr Trump also called on UN members to hold Beijing responsible for the coronavirus pandemic, claiming the US was engaged in a “great global struggle” to end what he disparagingly termed “the China virus”. Two-hundred thousand people in the US have died, and 6.8m infections have been registered to date — more than a fifth of global cases, even though the US comprises only 4 per cent of the world’s population.

Ren Zhiqiang, pictured in 2012, was an unusually outspoken critic of Xi Jinping. The severity of his sentence was a sign of the anger with which the Communist party viewed his comments © AP

US Senate Republicans set to vote on Trump’s Supreme Court pick Donald Trump’s path to installing a new Supreme Court justice appeared to clear on Tuesday as key Republican senators, including Mitt Romney of Utah, said they backed holding a vote on his nominee. (FT)

Facebook to act if election hit by chaos The social media platform has said it will take aggressive and exceptional measures to “restrict the circulation of content” if November’s presidential election descends into chaos or violent civic unrest. (FT) 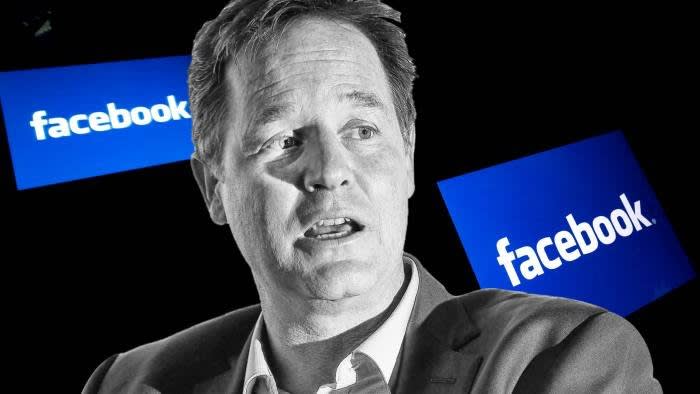 Facebook head of global affairs Nick Clegg: ‘There are some break-glass options available to us if there really is an extremely chaotic and, worse still, violent set of circumstances’ © FT montage; Getty Images; Charlie Bibby

China, India agree not to send more troops to border The two nations have agreed to stop sending additional troops to the disputed Himalayan border after senior military officials from both countries met on Monday. (Reuters)

Brussels renews legal threat over UK internal market bill Maros Sefcovic, the EU commissioner in charge of implementing last year’s Brexit agreement, said on Tuesday that Brussels was “studying all legal options on the table” if the UK failed to back down. Former prime minister Theresa May also denounced the internal market bill on Monday night. (FT) 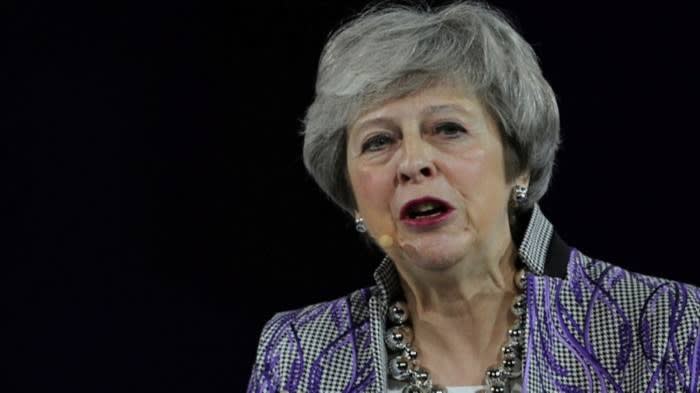 Theresa May: ‘I cannot emphasise how concerned I am that a Conservative government is willing to go back on its word, to break an international agreement signed in good faith and to break international law’ © AP

Tiffany wins speedy trial schedule LVMH’s attempt to walk away from its $16.6bn takeover of Tiffany will go to trial in January, after the US jeweller warned that a longer timeline could force it to accept a lower price or lose the deal. (FT)

China war epic ‘The Eight Hundred’ tops global box office The drama set in Shanghai during the 1937 Japanese invasion of China, had raked in Rmb2.91bn ($428m) as of Tuesday in its first month in cinemas, according to box office tracker Maoyan. China’s recovering economy has given the country’s pandemic-hit filmmakers an edge over US rivals. (FT)

Apple’s app store opens in India The Silicon Valley company on Wednesday will bring its app store to the second-largest smartphone market for the first time in the more than 20 years its operated in India. (Techcrunch)

Central banks New Zealand, whose economy saw record contraction in the second quarter, the Czech Republic and Thailand are all likely to keep rates at 0.25 per cent when they meet on Wednesday. (FT)

The Global Moral Money Summit September 30-October 1 will explore what is needed to shift to a form of capitalism that benefits not only shareholders but the whole of society and the planet on which we depend, in an unprecedented time of uncertainty and market turmoil. Free tickets available for corporate senior executives. Register now. 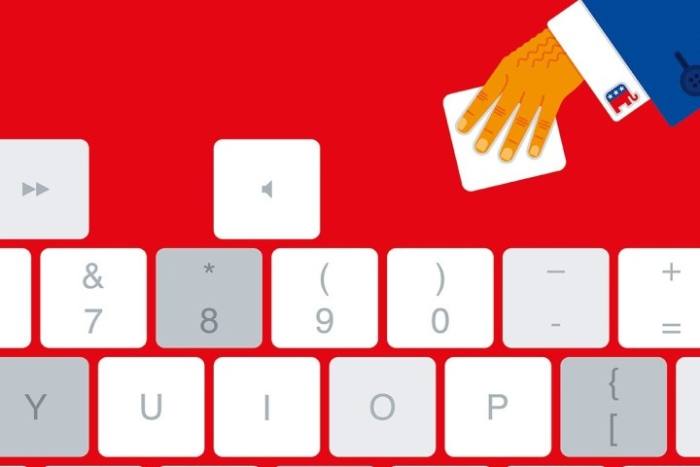 In Tibet’s shadow A public funeral for a Tibetan fighter has refocused attention on the region’s role in Sino-Indian tensions, with longstanding antagonism in Beijing because of India’s sheltering of the exiled Tibetan spiritual leader, the Dalai Lama. (FT)

Stakeholder capitalism’s report card doesn’t look good The pandemic and social justice movements have brought stakeholder capitalism to the fore. But a new report shows that even as executives tout their good intentions, companies are failing to follow through. (NYT)

Populists and kleptocrats are a perfect match Liberal democrats in Europe and the US are not doing enough to curb their money laundering, writes Martin Sandbu. And the only hope to keep autocracy at bay is a commitment to fighting kleptocracy at home and abroad. (FT) 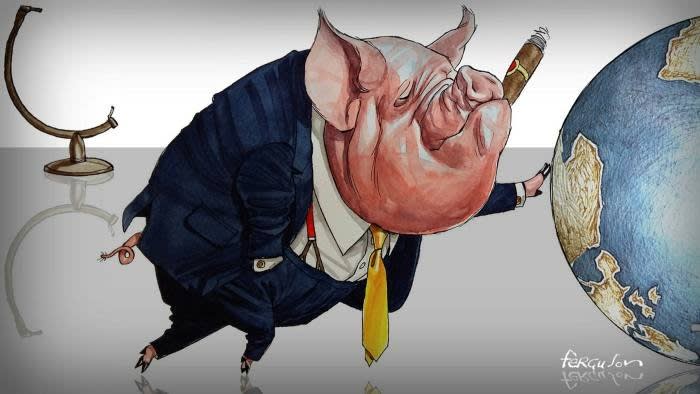 Trump’s court pick could reshape law on abortion and guns Ruth Bader Ginsburg’s death sets up an ideological swing on the court last seen almost 30 years ago when Clarence Thomas, viewed as the most rightwing justice, replaced Thurgood Marshall, a liberal hero who championed the civil rights movement. (FT)

The next climate campaign: meat After advocating divestment from fossil fuel companies, climate activists are taking aim at the emissions-heavy meat and dairy industries, forcing investors to price in the financial risk to agribusiness. We must put our greenbacks behind our green rhetoric, writes author Bill McKibben. (FT) 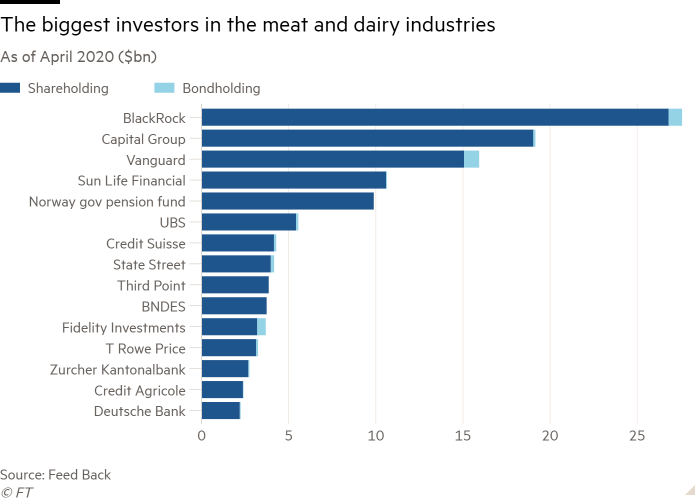 Investors wonder if 60/40 portfolio has a future The traditional 60/40 portfolio — the mix of equities and bonds that has been a mainstay of investment strategy for decades — is at risk of becoming obsolete as some investors predict years of underperformance, writes Michael Mackenzie. (FT)

Brexit and the City: Brussels’ new battle As the clock ticks down to the UK’s departure, the EU’s ambitions to boost its financial services sector as a rival to the City are taking shape. But Brussels will find it difficult to replicate the UK capital. (FT)

Cheating scandal that ripped the poker world apart After her opponent’s epic winning streak at a California casino, Veronica Brill was left in such disbelief she thought he had to be playing dirty. But just the suggestion of an allegation alone was already breaking one of the sport’s cardinal sins. (Wired)

Why China’s control of rare earths matters China dominates the world’s production and supply of rare earths — obscure elements that are vital for high-tech manufacturing. Jamie Smyth explains why this matters. (FT)