The US Department of Justice announced charges against five Chinese citizens on Wednesday in what prosecutors called a wide-ranging computer hacking conspiracy that targeted more than 100 companies globally.

The charges are the latest in efforts by US authorities to put pressure on the Chinese government to halt its alleged theft of intellectual property and crack down on cyber criminals operating in China. Justice department officials criticised Beijing directly, claiming it was allowing cyber criminals to operate freely as long as they also helped state authorities.

Tensions between the US and China have escalated under the Trump administration, with Republicans and Democrats increasingly viewing the Chinese government as a threat.

“The Department of Justice has used every tool available to disrupt the illegal computer intrusions and cyber attacks by these Chinese citizens,” said Jeffrey Rosen, deputy attorney-general. (FT)

Creating rapid and reliable coronavirus tests has defied even the research skills and financial firepower of the richest countries and corporations. Is a company claiming it has a 20-second coronavirus test for real? Follow our live blog.

Yoshihide Suga elected Japan’s prime minister Mr Suga has appointed his cabinet after a vote along party lines in both houses of the Diet confirmed him as the 99th prime minister. Mr Suga said his immediate priority would be to tackle the Covid-19 pandemic. (FT) 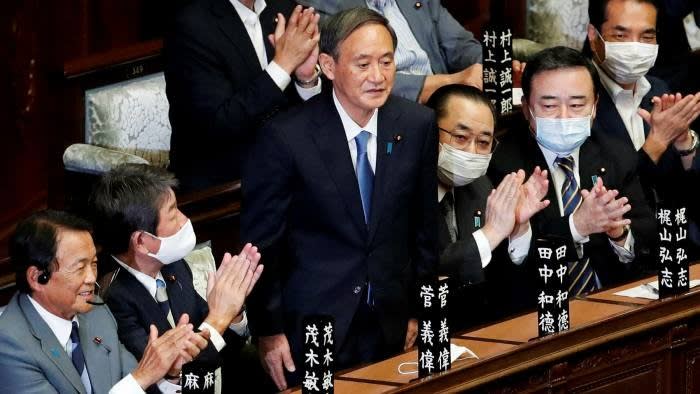 Fed signals rock-bottom rates until at least end of 2023 As part of its shift towards a more dovish long-term policy stance, the Federal Reserve indicated it would not raise interest rates until inflation has been higher than 2 per cent “for some time”, as it sought to boost its monetary response to the pandemic. Stocks on Wall Street lost ground after the announcement. (FT)

Ursula von der Leyen’s State of the Union The European Commission’s president warned of the risks of closer ties with Vladimir Putin’s Russia and urged China to live up to its commitments on climate change in her annual State of the Union speech. Elsewhere in Europe, Belarus charged the opposition’s Maria Kolesnikova with “undermining national security”. (FT, Guardian) 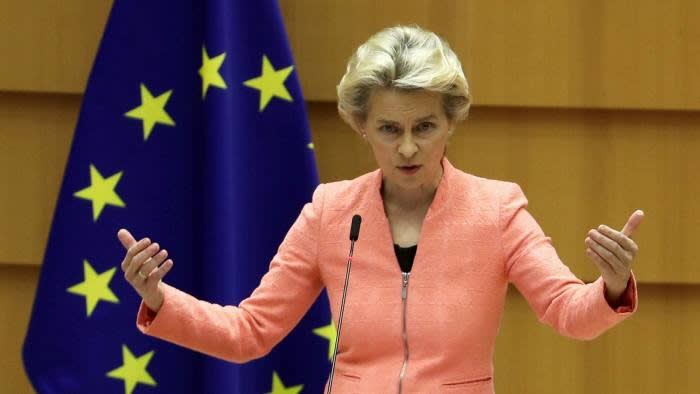 Ursula von der Leyen, president of the European Commission, makes a point at her first State of the Union address at the European Parliament in Brussels © REUTERS

Beijing unlikely to block ByteDance-Oracle deal Domestic analysts say China is unlikely to block the deal because it does not involve the sale of any source code or Chinese data to the US, and the agreement is unlikely to require approval from regulators in Beijing, according to one person directly involved in the negotiations. (FT)

Trump holds town hall with undecided voters Donald Trump offered a preview of how he may approach his first debate with Joe Biden as he answered questions from undecided Pennsylvania voters on Wednesday. Meanwhile, the US health department’s head of communications is temporarily stepping down after accusing government scientists of being part of a criminal conspiracy to undermine the US president. (AP, FT)

Joe Biden leads Mr Trump by about 5 percentage points in Pennsylvania, according to our poll tracker. 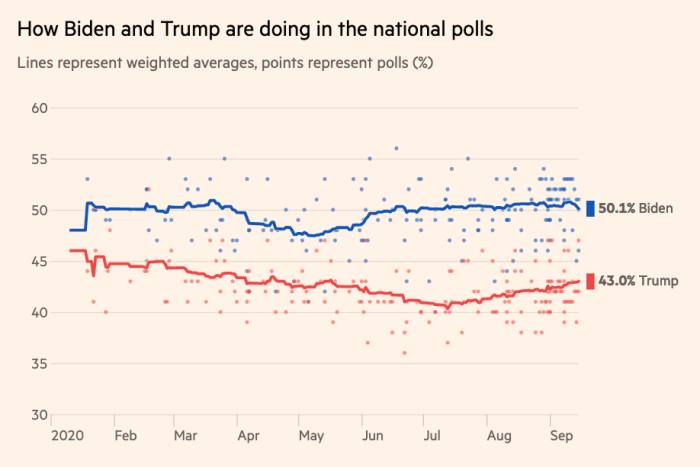 Largest-ever software IPO Shares in Snowflake doubled on their Wednesday trading debut after the largest initial public offering ever for a US software company, in the latest sign of Wall Street’s huge demand for cloud computing service businesses. (FT)

Boeing hid design flaws in Max jets The aircraft maker hid design flaws in its 737 Max jet from both pilots and regulators as it raced to have the aeroplane certified as fit to fly, according to a damning Congressional report published on Wednesday. (FT)

Nikola board member defends company against fraud claims Jeff Ubben, the founder of activist hedge fund ValueAct and an early investor in the electric truckmaker, said the company and its founder Trevor Milton were misunderstood, after the US Department of Justice inquired into fraud claims levelled against Nikola in a short-seller’s report. (FT) 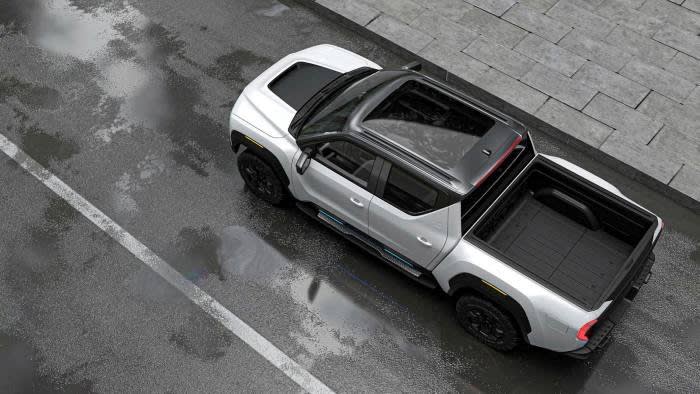 Bank of England The central bank meets on Thursday, with Brexit back on the radar after the UK government revealed legislation that would override key parts of its EU exit agreement, risking the collapse of trade negotiations with Brussels. (FT)

Ryanair annual general meeting The budget airline is poised for a clash with investors over executive pay on Thursday. The carrier has been criticised for paying a €450,000 bonus to chief executive Michael O’Leary, despite furloughing staff and taking government support. (FT)

Join us for our “The New Social Contract Live” event next week for daily online discussions bringing our recent FT series on this theme to life. FT editors and experts will analyse problems and potential solutions we will confront after the pandemic, covering everything from the future of democracy and the labour market to tax reform, corporate debt and millennial discontent. Sign up here

China’s great power play puts Asia on edge Why is Beijing’s assertiveness intensifying on its periphery even as its relationship with the US shifts from strategic competition towards outright hostility? Analysts say domestic insecurity, ambition and the pandemic can be blamed for Beijing’s belligerence. (FT) 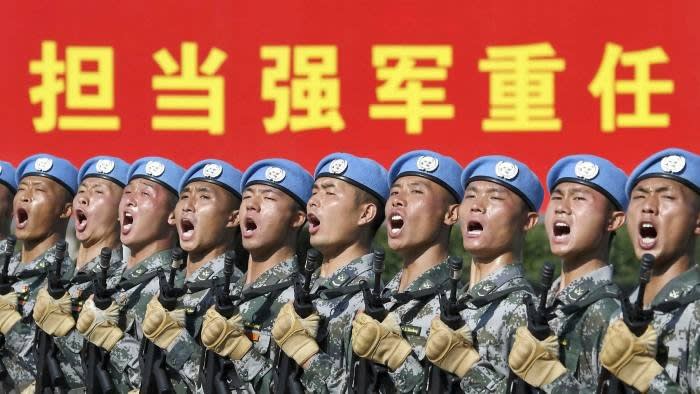 The welcome lack of enthusiasm for Joe Biden In half a century of public life, the Democratic candidate for president has never assembled an intense fan base or many dedicated enemies. But as the US has found, worshipping political leaders is weird and pernicious, writes Janan Ganesh. (FT)

Halal-certified digital banking Religious clerics have a new role in the fintech industry ever since Indonesia’s President Ma’ruf Amin declared the “Shariatisation” of the economy last year. Clerics work to ensure new apps follow the traditions and teachings of Islam, such as promoting charitable financial dealings and barring interest charges. (Rest of World)

Brexit and Covid-19 hit UK hedge funds In 2015, six of the world’s 10 biggest hedge funds were based wholly or jointly out of the UK. Today, that number has shrunk to three as London’s biggest funds suffered heavy losses just as uncertainty over its relationship with the EU looms. (FT) 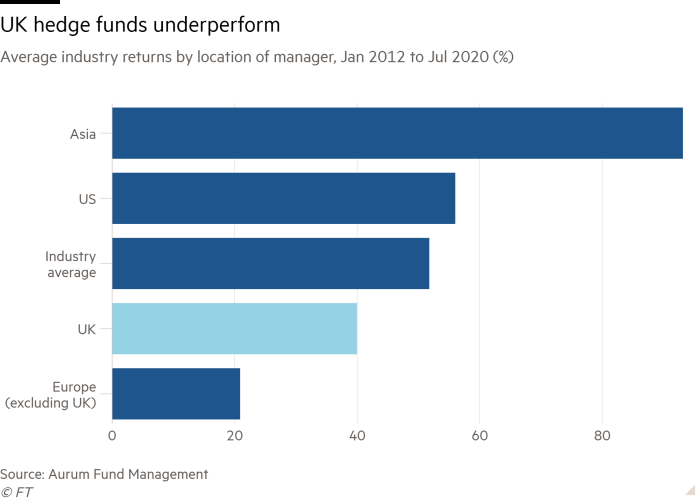 The pandemic and the parent trap The current surge of young adults moving back in with parents partly reflects the conditions of the pandemic, writes Gillian Tett. But coronavirus does not explain everything — the trend has been on the uptick since the early 2000s, with the chief cause being economic stress. (FT)

The puzzling puzzler Much of the life of Erno Rubik, who created the Rubik’s Cube, has remained a mystery even as his creation became one of the world’s most enduring puzzles. In his new book, Cubed, he opens up about his invention, and ideas about the cube’s potential new applications. (NYT) 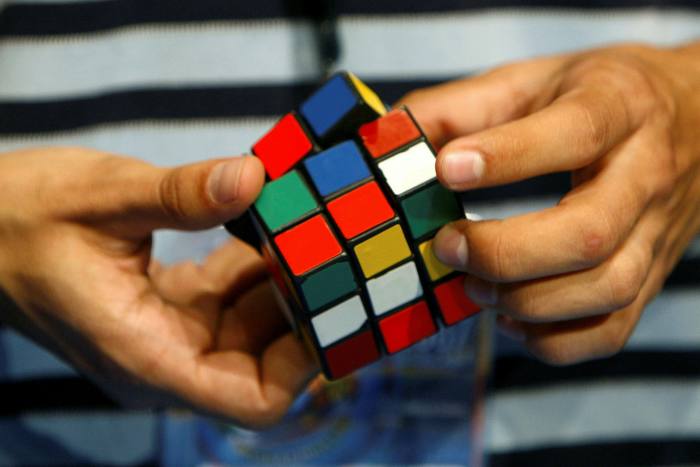 Do not let WFH become digital piecework for the poor Working from home is no longer associated with poverty and desperation, writes Sarah O’Connor. But a new wave of crowd-work enables companies to split virtual jobs into small tasks for independent contractors around the world. (FT)

Billionaire who wanted to die broke . . . is now officially broke It took four decades but Charles Feeney, the co-founder of airport retail company Duty Free Shoppers, has given about $8bn in anonymous charitable donations. He couldn’t be happier. (Forbes)

Opinion: Is the UK Conservative party still conservative? As Boris Johnson shifts the Tory party further from Thatcherite policies, the FT’s Robert Shrimsley examines what it means to be conservative in 2020.