ByteDance will place TikTok’s global business in a new US-headquartered company with Oracle investing as a minority shareholder, according to people briefed on a plan presented to US officials, to avoid a ban of the popular video app by President Donald Trump.

As part of the proposal, Oracle will have a stake in the whole of TikTok and not just the US operations, while ByteDance, the Chinese group that owns the app used by millions of teenagers, will be the majority shareholder of the new entity.

Other US investors, potentially including Walmart, the world’s largest retailer, which had launched a joint bid with Microsoft, would own a minority stake. People briefed on the discussions stressed that the exact details were still subject to change.

In an interview with CNBC on Monday, Steven Mnuchin, Treasury secretary, said ByteDance had committed to “create TikTok Global as a US-headquartered company”. CNBC reported on Tuesday that the Trump administration could approve the deal as soon as Tuesday afternoon. (FT)

Would you get a coronavirus vaccine if it were available before the end of 2020? Tell us in our latest poll.

WTO rules US tariffs on Chinese imports broke global trade rules The decision by a panel of judges from the World Trade Organization’s dispute settlement body found that the US had flouted its commitments to the Geneva-based trade body on several counts when it imposed levies on $360bn of Chinese imports. (FT)

EY chairman pledges to raise bar on audits In a letter to clients, Carmine Di Sibio expressed “regret” that a fraud at collapsed German fintech Wirecard was “not uncovered sooner” by his firm’s auditors and said the Big Four accounting group would “raise the bar significantly” on its vetting work. (FT) 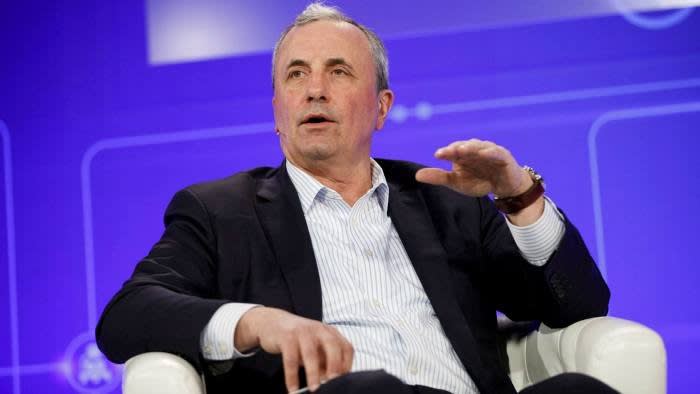 Carmine Di Sibio’s letter will be sent to senior executives to try to damp the reputational fallout from EY’s role in the Wirecard scandal © Patrick T. Fallon/Bloomberg

Israel, UAE, Bahrain sign historic agreement The United Arab Emirates and Bahrain signed an agreement to establish diplomatic relations with Israel at a ceremony at the White House on Tuesday, and Donald Trump said more countries could soon follow suit in normalising ties with Israel. (FT)

Carlos Ghosn’s deputy pleads not guilty Greg Kelly, the former head of legal affairs at Nissan, pleaded not guilty to financial misconduct charges at the opening of his trial in Tokyo. He also defended the former Nissan chairman Carlos Ghosn as “an extraordinary executive”. (FT)

Trump, Biden clash over West Coast fires President Donald Trump questioned whether climate change was responsible for wildfires that have swept across the West Coast, as he blamed the blazes on poor forest management. Joe Biden on Monday described the president as a “climate arsonist”. Meanwhile, the fires are exacerbating economic pain in the region. (FT, AP)

Navalny out of coma, posts photo from hospital Alexei Navalny shared a photo on social media that showed the Russian opposition leader sitting up in bed in his Berlin hospital room. Mr Navalny said he was now breathing on his own and intended to return to Russia. (Reuters) 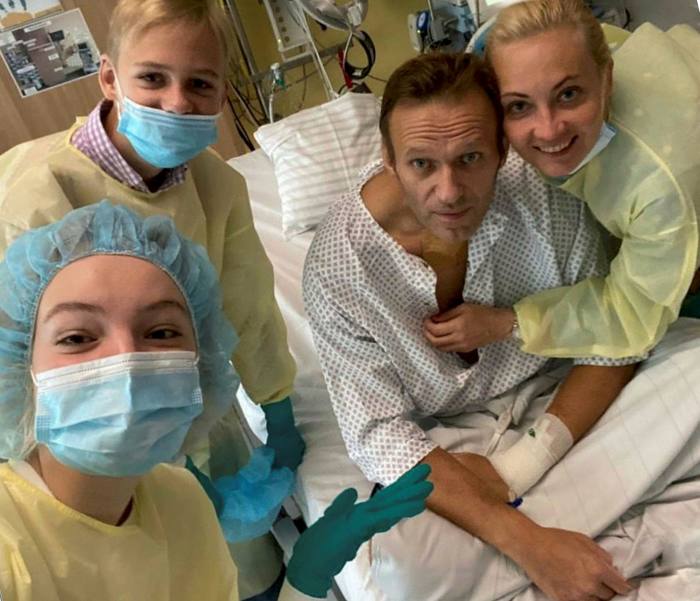 Alexei Navalny, Russian opposition leader, posted a photo with his family taken from his hospital bed on his Instagram account. © AP

Louisville settles lawsuit over Breonna Taylor’s death The city of Louisville, Kentucky, has agreed to pay $12m to the family of Breonna Taylor, a black woman whose killing by police this year spurred anti-racism protests, as part of a settlement that includes policing reforms. (FT)

Opendoor to go public via $4.8bn merger The SoftBank-backed property group on Tuesday announced it is to go public in a deal with Social Capital Hedosophia II, a blank cheque company run by former Facebook executive Chamath Palihapitiya, that values the business at $4.8bn. (FT)

Tech-round up Apple announced new watch and iPad products at a range of price points to lure customers. YouTube is testing a beta version of what it calls YouTube Shorts, which limits users to 15 second videos, in India, where TikTok is banned. Bollywood star Amitabh Bachchan is the new voice of Amazon’s Alexa. (FT, BBC, Bloomberg) 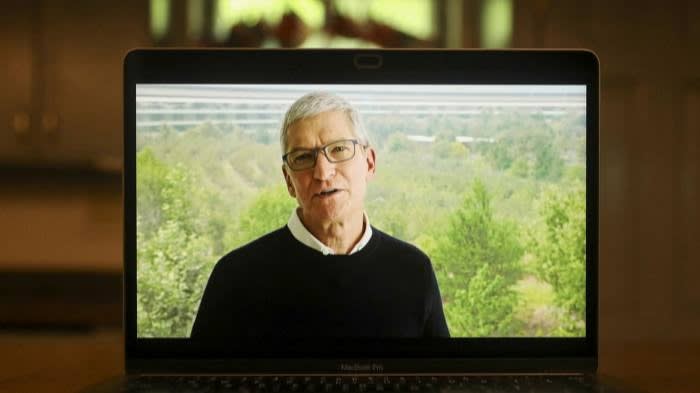 European Commission State of the Union On Wednesday, European Commission president Ursula von der Leyen will formally announce the bloc’s ambitions to accelerate its emissions cuts to at least 55 per cent in 2030 (compared with 1990 levels). See more in Brussels Briefing. Sign up here. Correction: Yesterday, we mistakenly said the State of the Union address was on Tuesday. 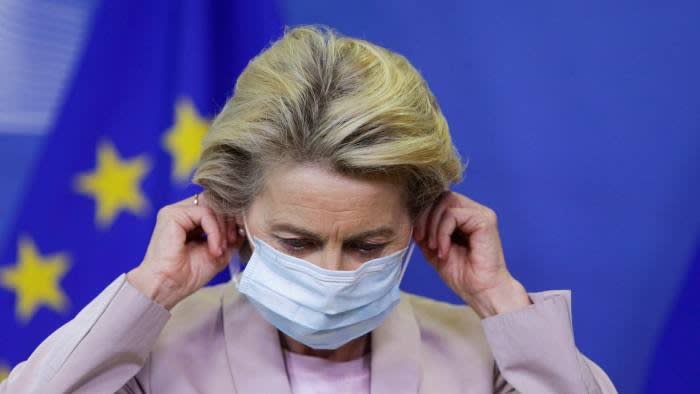 Federal Open Market Committee The Federal Reserve’s two-day meeting — the first since the Fed announced it would change strategy and tolerate higher inflation, and the last before the US election — concludes on Wednesday. Mr Trump’s nomination of Judy Shelton to the Fed has faltered over lack of support in the Senate.

The Bank of Japan The central bank is expected to keep rates on hold on Wednesday. A slightly more upbeat economic view is expected to emerge from the meeting, albeit with Covid risks remaining. (FT)

Arm deal sends shockwaves through chip industry SoftBank’s agreed sale of Arm Holdings to Nvidia is tantamount to dropping a bomb in the middle of the chip industry as fears of being sidelined mount among companies that license Arm’s designs. The deal is drawing the UK into the damaging US-China tech war, our editorial board writes. (FT) 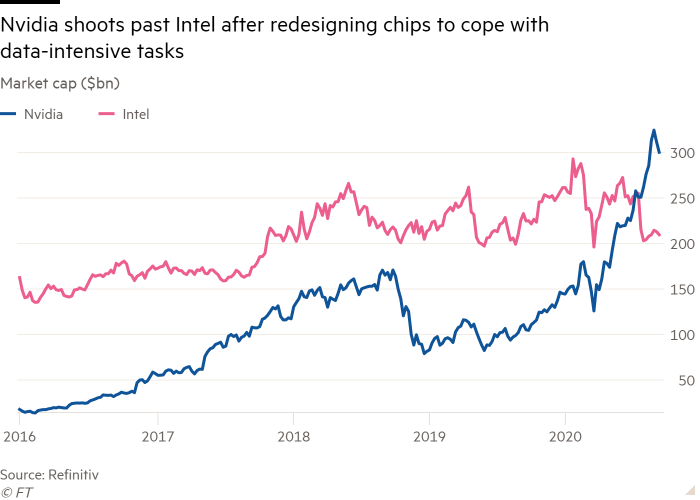 Trump’s chance to peel off Hispanic voters Latinos are one of the demographics that appear to be giving Donald Trump a second look. Not helping Mr Biden in Florida, is that Latinos in the state are being flooded with disinformation. In a visit to the state on Tuesday the former vice-president offered a “drastic shift of tone” on Latin America. (FT, Politico)

Take a look at how Trump and Biden are polling in the closest states with our poll tracker.

Vaccine fairness will make us all safer We all want to end the Covid-19 pandemic as soon as possible and to save as many lives as we can, write Bill and Melinda Gates. But new research shows that we must shift to a more co-ordinated approach or face a longer, deadlier pandemic. (FT)

Japan after Abe As Shinzo Abe steps down, the sense of crisis is striking. Yoshihide Suga has vowed to pick up where Japan’s longest-serving prime minister left off, but some see the ruling party’s reform-minded enforcer as only keeping the seat warm for the next leader. (FT) 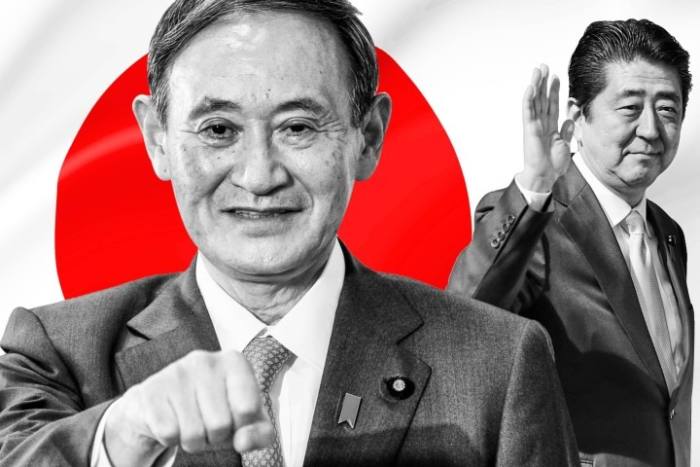 © FT montage; Getty Images | Yoshihide Suga inherits many of the same problems Shinzo Abe faced, as well as the challenge of coronavirus

Hong Kong’s ubiquitous sidewalk barriers In 2018, the territory boasted 1,500km of sidewalk barriers, much loathed by pedestrians. In the pro-democracy demonstrations, protesters dismantled 60km of railings, but the transportation department is set to spend an estimated HK$15m (US$1.9m) on rebuilding them. (Bloomberg)

Tips for digital organisation This largely virtual world we’ve been living in the past six months has likely cluttered your digital landscape. As we continue to be inundated with emails, push notifications, and video conferences, here are a few ways to manage it all. (NYT)

‘Selling Sunset’ could be capitalism’s comeback The venal real estate reality show is a window into a world of excess untroubled by the pandemic, writes Cordelia Jenkins. What explains the popularity of a show so out of touch with its time? (FT) 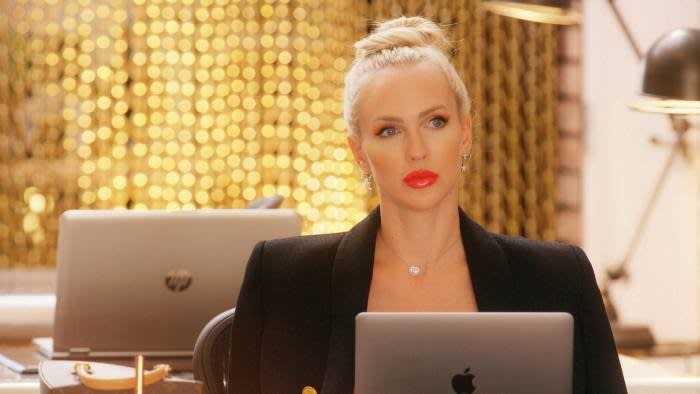 What the Lesbos fire says about EU refugee policy Critics see the inferno at the Moria migrant camp on the Greek island of Lesbos as a fitting indictment of Europe’s refugee policy, says the FT’s Europe editor Ben Hall.

Video: What the Lesbos fire says about EU refugee policy