SoftBank executives have revived discussions about taking the technology group private as the Japanese conglomerate seeks to redefine its strategy after a series of big asset disposals, people with direct knowledge of the matter said.

The talks are driven by frustrations over the persistent discount in SoftBank’s $115bn equity valuation compared with the value of its individual holdings, which continues even after an asset sale programme targeted at closing that gap.

The latest of those disposals is due to be announced this week, with SoftBank set to sell the UK’s Arm Holdings for more than $40bn in cash-and-stock to US chipmaker Nvidia. The UK government is to impose strict terms for the deal.

The deal will make SoftBank the largest shareholder in Nvidia, the Financial Times reported on Saturday, adding to its portfolio of minority holdings that include stakes in Chinese ecommerce group Alibaba and SoftBank’s listed Japanese telecoms unit. (FT)

Tough restrictions dealt in UK-Japan trade deal The UK’s new trade deal with Japan commits it to tougher restrictions on state aid than the ones it is currently offering the EU in the Brexit talks, potentially undermining its negotiating position with Brussels. For more sign up to Trade Secrets, our daily briefing on the changing face of international trade and globalisation. (FT)

Rio Tinto faces tough task to rebuild reputation The fallout from the mining company’s destruction of a 46,000-year-old Aboriginal site in Western Australia risks spreading despite the departure of chief executive officer Jean-Sébastien Jacques and two others. (FT)

China and India agree to ‘disengage troops’ in Himalayas The agreement was reached in talks between S. Jaishankar, India’s foreign minister, and Wang Yi, his Chinese counterpart, in Moscow, days after the two countries accused each other of firing the first shots along the frontier in 45 years. (FT) 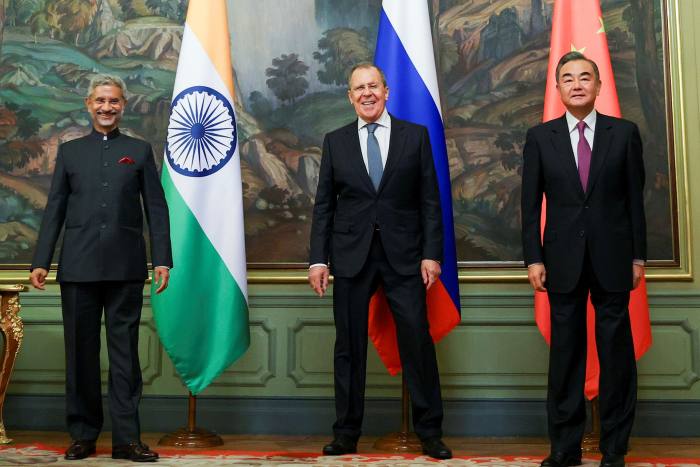 Michael Bloomberg to spend $100m to help Biden in Florida The media executive is planning to plough $100m into former vice-president Joe Biden’s bid for the White House against Donald Trump in Florida, a pivotal battleground in the November election. Meanwhile, Republicans are pouring cash into Senate races as Mr Trump trails in polls. (FT)

In Florida, where Covid cases soared during the summer, Mr Biden leads Mr Trump by about 4 percentage points. See where the candidates stand in other states with our poll tracker.

Trump set for California as fires rage The US president is set to visit California on Monday as the pace of devastating wildfires slowed long enough over the weekend for firefighters to regroup. In Oregon, however, winds picked up again on Sunday. The death toll has reached at least 20. (FT, NYT) 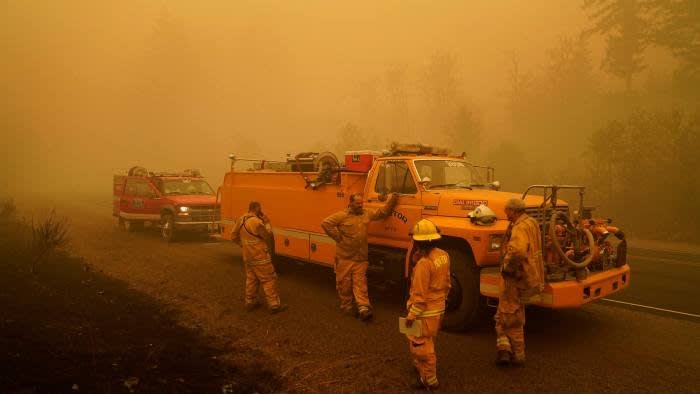 Billions of dollars are riding on American football As the National Football League kicks off, league and television executives are crossing their fingers for a full season of the most valuable asset in US media, currently worth more than $5bn per year. Airline workers are suing United for packing NFL charter flights with young, blond crews. (FT, Bloomberg)

EU-China summit After grand plans for a landmark summit in Germany, EU and Chinese officials will settle for toned down negotiations over an investment treaty on Monday. (CNN, FT)

BP virtual investor meeting When Bernard Looney makes his long-awaited pitch to investors on the future of the oil company on Monday, the chief executive is expected to hammer home one message: that BP will be a stronger company when it produces less oil and gas. (FT) 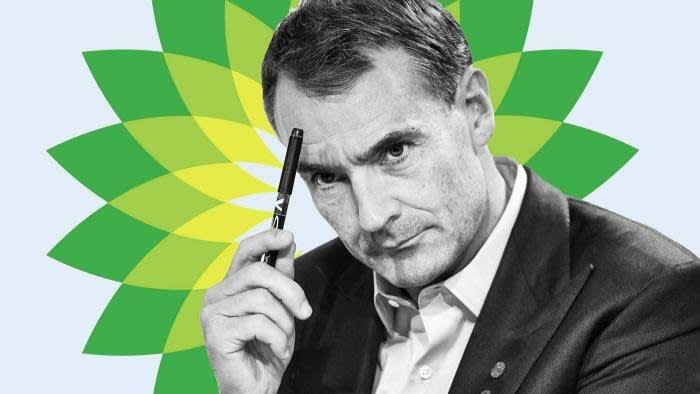 Entertainment industry under fire in Asia A string of abuse scandals could overshadow the K-pop industry ahead of Big Hit Entertainment’s near-$4bn initial public offering. Furore over Disney filming Mulan near Chinese government internment camps is part of a growing focus on the links between international business and Xinjiang. (FT)

The next subprime crisis could be in food Three of the most visible problems caused by Covid-19 have been food insecurity, the demise of small businesses and asset market volatility, writes Rana Foroohar. All of these may be poised to get worse, thanks to an unexpected but important financial shift. (FT) 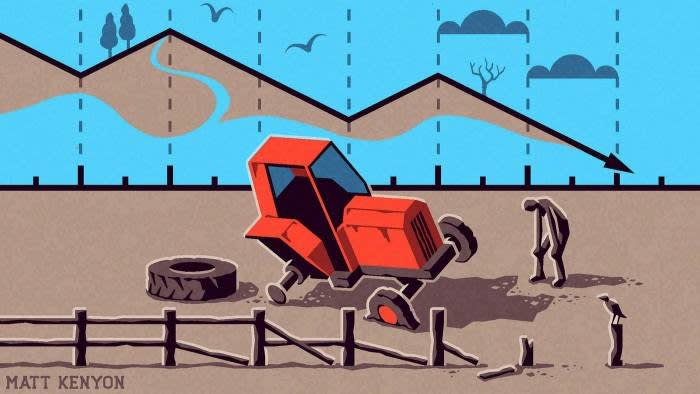 Kim Darroch’s Lunch with the FT Over the course of a nearly three-hour lunch with FT’s George Parker — and six courses — Britain’s former ambassador to the US held forth on Trump, Brexit, Johnson, Britain’s besieged civil service and a personal story that defies many people’s preconceptions about this sleek denizen of the diplomatic soirée. (FT)

Where women lead the way As exemplified in Belarus, women-led movements around the world tend to garner greater inclusivity and less violence. In Japan, Shinzo Abe promised to enshrine an era of women’s empowerment in the workplace, a pledge that has yet to be fulfilled. (Atlantic, NYT)

India and China are edging towards serious conflict It is no longer possible to dismiss the conflict between India and China as a skirmish, writes Devesh Kapur of Johns Hopkins University. And the understanding reached last week between foreign ministers does not address underlying issues. (FT) 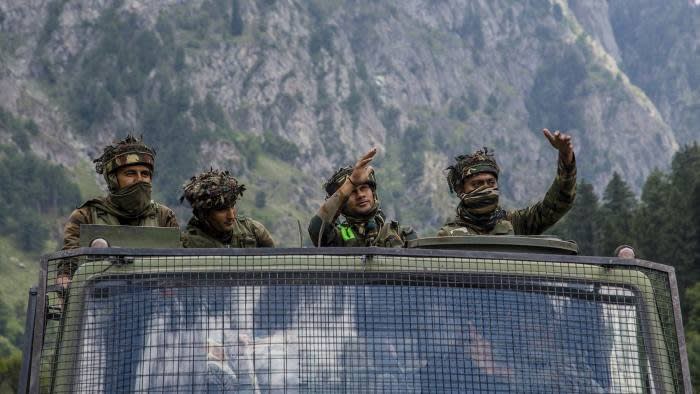 Indian troops arrive at the border in Gagangir. With a build-up of Chinese troops on the other side of the border, a high stakes game is clearly afoot © Yawar Nazir/Getty

Searching for purpose The result of Thales, the French defence and technology company, toiling for six months on a statement on purpose has revealed a trifecta in the corporate twaddle stakes, writes Pilita Clark. Business leaders consider the benefits of a four-day week. (FT)

QAnon continues its relentless global spread The online phenomenon is evolving beyond its pro-Trump roots and spreading rapidly into new global communities, despite efforts by social media platforms to stamp out the world’s most persistent conspiracy theory. (FT)

Young people want to let off steam, not kill their grans The UK government says going to the pub is our “patriotic duty”, while blaming youth for an uptick in Covid-19 cases. Andres Tegnell, the architect of Sweden’s plan to avoid lockdown, spoke to FT’s Richard Milne about his controversial approach to the virus. (FT) 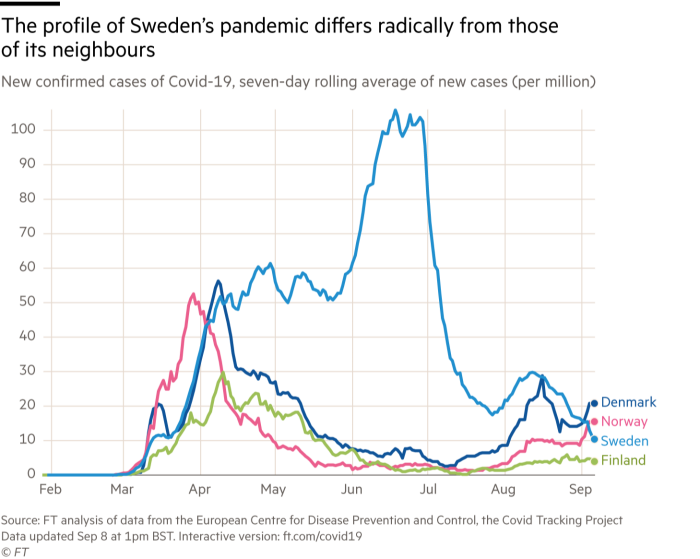 Can the government breach the Brexit Withdrawal Agreement? “This is a remarkable development” — the FT’s David Allen Green explains the legal issues behind this potential constitutional crisis in his guided tour of the law.

Video: Opinion: Can the government breach the Brexit Withdrawal Agreement?