US technology shares that powered stock markets to records this summer dropped for a third consecutive session on Tuesday, with the Nasdaq Composite suffering a technical correction as it slid 10 per cent from last week’s high.

The index declined 4.1 per cent in a sell-off that gathered momentum in the hour before the closing bell. Two-thirds of the stocks in the Nasdaq Composite lost ground amid concerns about the valuations of technology companies that have soared despite the economic fallout from the coronavirus pandemic.

Shares in Tesla fell 21 per cent and biotech company Moderna, which is developing a coronavirus vaccine, slid 13 per cent.

Oil prices had a bad day, too, tumbling to a three-month low on Tuesday as fears grew that a resurgence in coronavirus cases around the world would hold back the recovery in energy demand.

The US economy is having a Wile E Coyote moment, hovering in mid-air, now that extra federal assistance to small companies and unemployed workers has ended, writes Megan Greene, senior fellow at Harvard Kennedy School. (FT)

Can bats teach us about developing immunity to Covid-19? A growing group of scientists are finding clues to the pandemic through bat immunology, reports science editor Clive Cookson. Follow our live coverage.

Disney under fire for filming in Xinjiang Disney is being hit with criticism for filming parts of Mulan, its latest blockbuster movie, in a Chinese region where Muslims are held in internment camps. In the movie’s credits, Disney thanked multiple Chinese Communist party departments in the Xinjiang region. (FT) 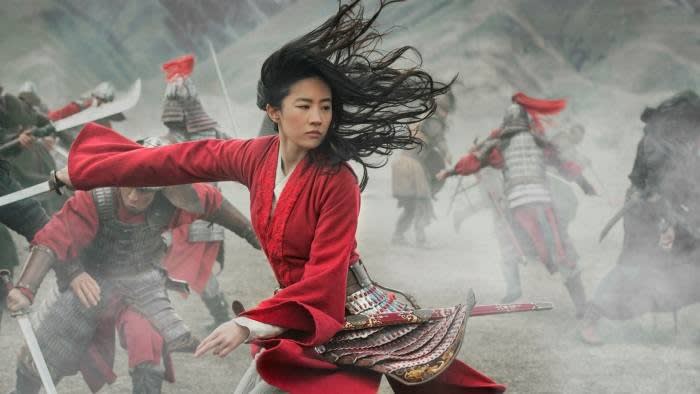 Trump raises prospect of ‘decoupling’ from China US President Donald Trump previewed a tougher line on trade with Beijing in a press conference on Monday. China wants to decouple from US tech, too, Rana Foroohar writes. As tensions escalate, Chinese students have accused US border agents of intrusive questioning as they leave the country. (FT)

ByteDance gives bonuses to staff after TikTok turbulence TikTok’s owner is handing out cash bonuses to its 60,000-plus global workforce as it faces turmoil over the future of its business. The payout of a half-month’s wages to staff comes as the company faces a ban on the video-sharing app in the US and India. (FT)

Belarus authorities say opposition leader held at border Maria Kolesnikova was detained at the border with Ukraine, Belarusian authorities said on Tuesday, the day after she went missing in the capital Minsk. (FT) 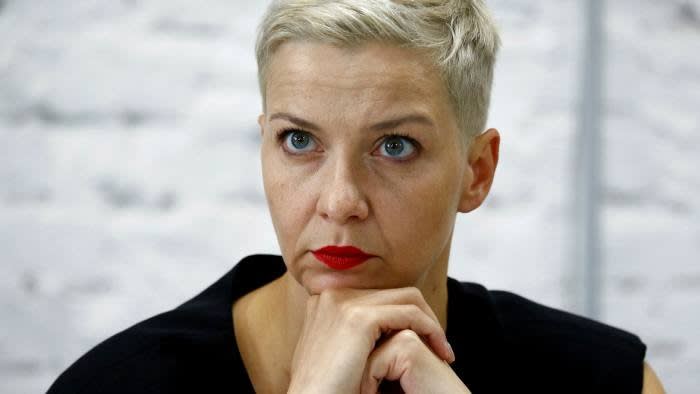 Belarus opposition leader in border detainment Maria Kolesnikova was detained at the border with Ukraine, Belarusian authorities said on Tuesday, the day after she went missing in the capital Minsk. (FT)

China offers Taliban road network in exchange for peace The offer was made during talks that have been taking place over the past three months in Beijing, according to two senior tribal leaders in Pakistan with close ties to the militants. Talks between the Taliban and the Afghan government are set to resume this week in Qatar. (FT, Al Jazeera)

China, India accuse each other of firing shots along border Chinese officials accused India of firing shots and crossing the Line of Actual Control on Monday, forcing Chinese troops to “take an emergency response”. India’s defence ministry, denied the accusation, saying it was the Chinese that opened fire first. (SCMP) 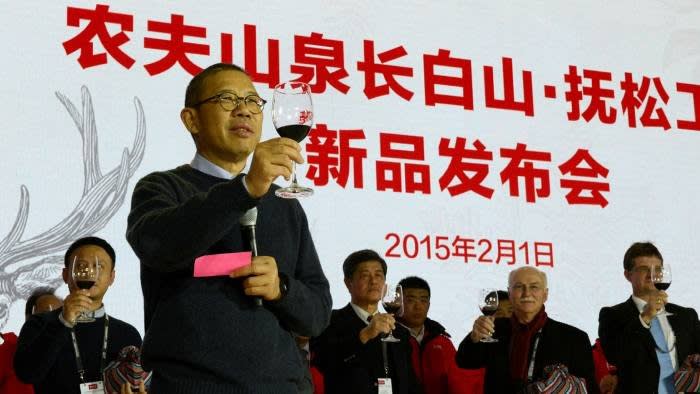 Zhong Shanshan in 2015. Before the Hong Kong offering his fortune stood at $18.9bn © VCG via Getty Images

Alexei Navalny out of coma The poisoned Russian opposition activist was “removed from his medically-induced coma and was being weaned off mechanical ventilation”, doctors in Berlin said on Monday, adding that he was “responding to verbal stimuli”. (FT)

Brexit internal market bill Downing Street on Wednesday will publish legislation that lays out how trade between all four UK nations would remain barrier-free. The UK government admitted on Tuesday it will break international law over the Brexit treaty. (Sky News, FT)

Central banks The Bank of Canada will announce its interest rate decision on Wednesday, when rates are forecast to stay at 0.25 per cent. There are also meetings in Serbia, Malaysia and Peru. (FT)

The FT has launched a new ETF Hub, pulling together news, analysis and comment on market trends, risk management and portfolio construction in one dedicated location. The ETF Hub will also feature data from TrackInsight, the specialist research group.

Why Boris Johnson is considering a no-deal Brexit The big calculation for the prime minister in the coming days and weeks is whether “no deal” is worth the political and economic price — especially at a time when the economy is facing its biggest crisis since the second world war and Scottish independence is back on the agenda. (FT) 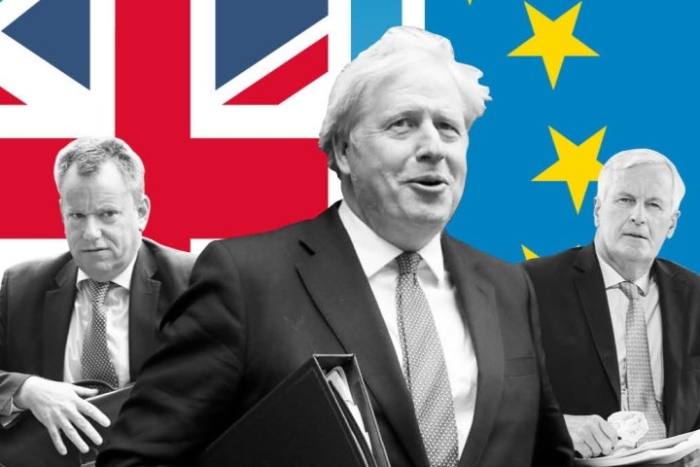 Nuclear deterrence erosion makes India-China relations critical Nuclear arms-control negotiations, a staple of the cold war, have fallen into abeyance. But this relaxation is having a paradoxical effect, Gideon Rachman writes: it seems to be making nuclear-armed countries more willing to risk military confrontation. (FT)

Indian TV news serves up potboilers Television news channels have limited appetite for the grim topics sweeping India of late. For weeks, they have devoted airtime to distracting viewers from their woes with the investigation into a Bollywood mystery, writes Amy Kazmin. (FT)

What’s at stake in eastern Mediterranean crisis? Competition over gas, combined with bitter regional rivalries, has fuelled tensions between Turkey and its neighbours and threatened a confrontation among Nato members. Here’s what to know about the stand-off on the EU’s doorstep. (FT) 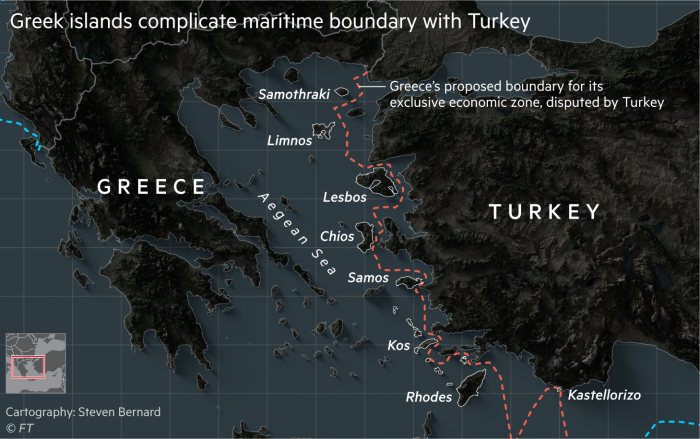 BlackRock’s new star Jennifer O’Neil, 39, has come into the limelight at the US fund manager for her role in sealing the deal on Argentina’s debt restructuring. Her Spanish, she says, is “mas o menos” but she was able to use her outsider perspective to her advantage. (Bloomberg)

Rebooting the workplace To get more women, black and minority ethnic people in leadership positions, radical change is needed. One big idea: random selection from a pre-chosen pool of candidates. Pilita Clark highlights what companies are doing right — and wrong — when it comes to remote work. Read more in our Rebooting the Workplace series. (FT) 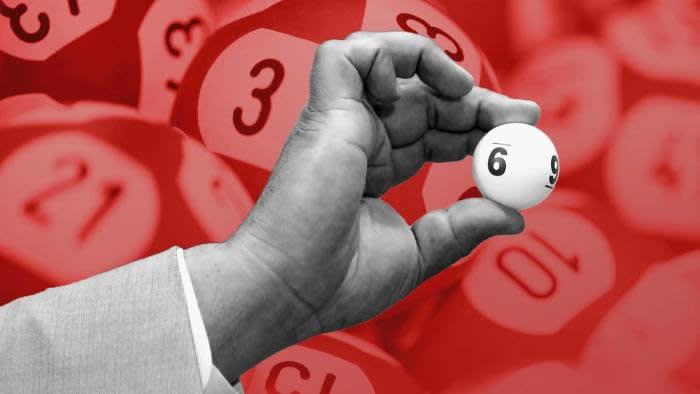 Taking a chance with monopoly? Large companies that abuse their market position can stir regulators to take dramatic action. The warning signs are there for Big Tech — and their shareholders, writes Simon Edelsten. Markets barely faltered during the 1918 Spanish flu pandemic. Is history repeating itself? (FT, WSJ)

The future of retail Amid all the bad news for stores during the pandemic — Jamie Salter, a licensing expert, and David Simon, a mall operator — saw an opportunity. The two men are reshaping the post-Covid shopping landscape by acquiring bankrupt brands including Brooks Brothers and Forever 21. (NYT)

Don’t miss the FT Business Books picks for September, including works on the US obsession with economic efficiency and how to build courage.

What if inflation returns? While most people think interest rates will remain low for a long time, the FT’s Robert Armstrong looks at the key factor that could upset that consensus — inflation — and what effect an increase in inflation would have on recent gains by tech stocks such as Amazon, Netflix and Apple.

Video: What if inflation returns? | Charts that Count