Private equity firms will warn the UK that higher taxes on executives’ lucrative payouts would drive dealmakers out of the country.

A private document circulated late last month to members of the British Private Equity & Venture Capital Association outlines how the industry plans to lobby against tax rises on so-called “carried interest”, the multi-million-pound profit shares that dealmakers receive from their funds.

It is “important that any tax changes do not undermine the government’s clearly stated policy of developing the UK as an attractive location for the asset management industry”, the BVCA’s document said.

The move comes after chancellor Rishi Sunak asked the Office of Tax Simplification this summer to review capital gains tax, as the government seeks to fill the deficit created by coronavirus support measures.

Carried interest payments, which can amount to multiple times the value of private equity executives’ annual income, are classed as a capital gain and taxed at 28 per cent, rather than the 45 per cent top income tax rate. (FT)

Can bats teach us about developing immunity to Covid-19? Clive Cookson reports. Follow our live coverage.

Brexit talks under threat Michel Barnier arrives in London for an eighth round of Brexit talks on Tuesday with a stark warning to Boris Johnson against overwriting last year’s divorce agreement. The FT View is that the UK’s gambit threatens trust among its international partners. Sterling slipped nearly 1 per cent. (FT) 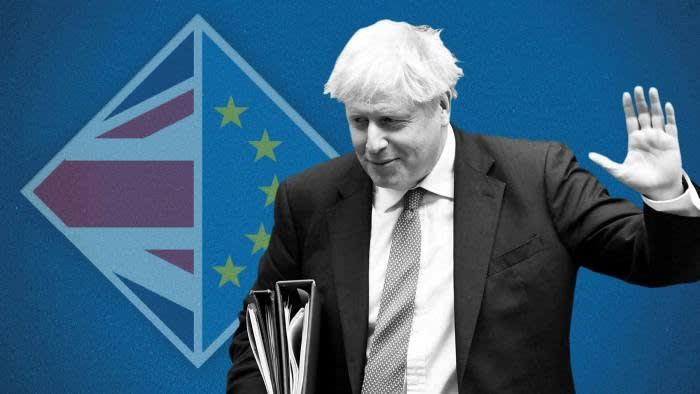 Mr Johnson on Monday tried to contain the fallout from the revelation that he intends to pass a law overwriting parts of last year’s withdrawal agreement © FT montage; AFP/Getty 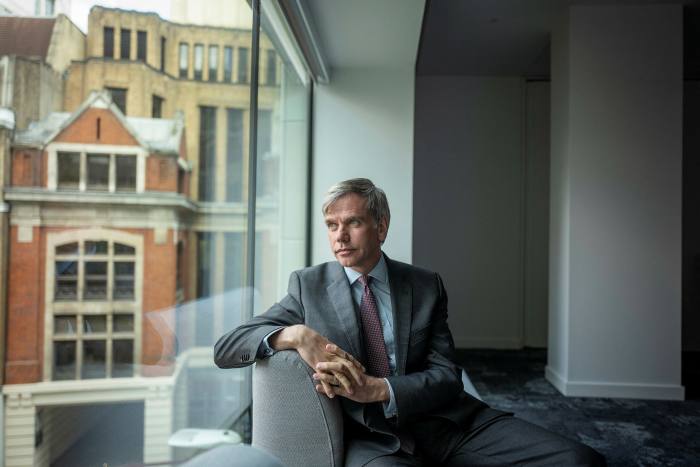 Australian reporters flee China Two Australian journalists have left China following an extraordinary stand-off in which the pair were forced to shelter under diplomatic protection for five days. Donald Trump on Monday proposed “decoupling” the US economy from China. (FT)

Alexei Navalny out of coma The poisoned Russian opposition activist was “removed from his medically-induced coma and was being weaned off mechanical ventilation”, doctors in Berlin said on Monday, adding that he is “responding to verbal stimuli”. (FT)

Belarus opposition leader disappears Maria Kolesnikova, the last of three figures who led a campaign against strongman Alexander Lukashenko to remain in Belarus, vanished in Minsk on Monday, and is suspected to have been detained. (FT) 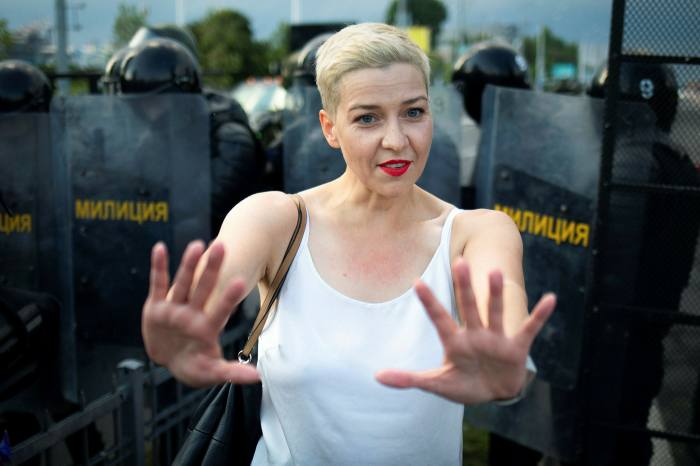 Kazakh Paris jaunt A FTSE 100 mining company arranged for the family of Kazakhstan’s prime minister to fly to France by private jet, visit Disneyland Paris and stay at the George V hotel, triggering scrutiny under the UK’s anti-bribery law. (FT)

Keep caffeinated Pret A Manger will launch a subscription coffee service on Tuesday, allowing customers up to five cups of coffee a day for £20 a month. (FT) 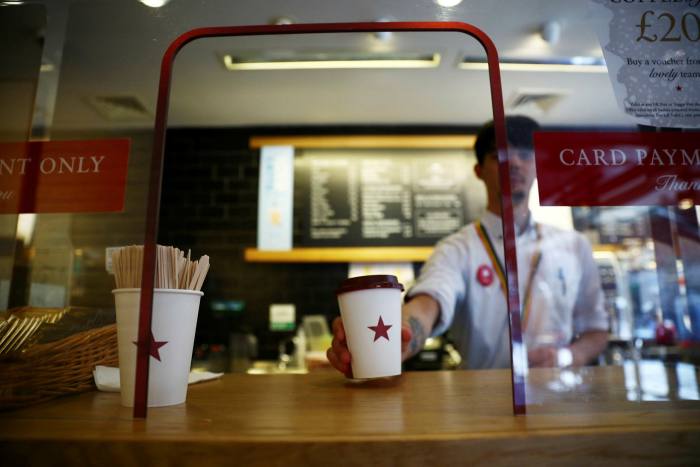 GDP South Africa is expected on Tuesday to report a 13 per cent GDP fall in the three months to June; large emerging economies have suffered among the most from the coronavirus crisis. (FT)

US markets reopen Investors return from the Labor Day weekend wary of signs of a tech stock sell-off. SoftBank shares fell as much as 4.4 per cent on Tuesday; more than $11bn has been wiped from its market value in recent days. (WSJ, FT)

The FT has launched a new ETF Hub, pulling together news, analysis and comment on market trends, risk management and portfolio construction in one dedicated location. The ETF Hub will also feature data from TrackInsight, the specialist research group.

Eastern Mediterranean crisis Competition over gas, combined with bitter regional rivalries, has fuelled tensions between Turkey and its neighbours and threatened a confrontation among Nato members. Here’s what to know about the stand-off on the EU’s doorstep. (FT)

Video: Turkey, Greece and the dash for gas

Boris Johnson’s one-legged strategy For decades, Britain’s Tories knew what it meant to be an economic Conservative: support for low taxes, a smaller state, deregulation and attracting foreign investment. Now, Tory MPs are wondering if they missed a memo, Robert Shrimsley writes. (FT)

Daimler chief wins over critics The automaker’s pre-tax profit dropped more than 60 per cent in 2019, even before the pandemic. But by the end of June, chief executive Ola Källenius had pulled off what many investors thought impossible. (FT) India-China nuclear deterrence Nuclear arms-control negotiations, a staple of the cold war, have fallen into abeyance. But this relaxation is having a paradoxical effect, Gideon Rachman writes: it seems to be making nuclear-armed countries more willing to risk military confrontation. (FT)

The threat of monopolies Large companies that abuse their position can stir regulators to dramatic action. The warning signs are there for Big Tech — and their shareholders, writes Simon Edelsten. Markets barely faltered during the 1918 Spanish flu pandemic. Is history repeating? (FT, WSJ) 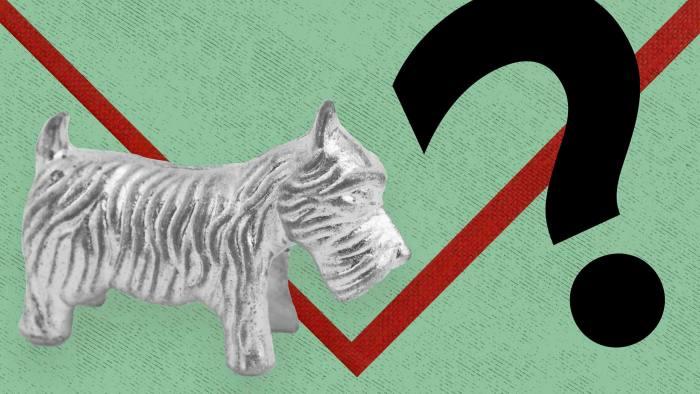 Last month’s Big Tech antitrust hearing in the US Congress should be sufficient warning of the relevance of monopolies today © FT montage; Alamy

Europe’s rising right Despite the warnings — with racial overtones — from the French rightwing of ensauvagement, or “descent into savagery”, crime is actually waning. In Germany, Donald Trump has become a rallying figure for conspiracy theorists and ultranationalists. (Politico, NYT)

Tired of WFH? Try a hotel In hopes of countering the loss of leisure and business travel, hotels are courting remote workers with promises of peace and productivity. Emma Jacobs tries it. A work from home generation may never recover lost social and economic costs. (FT, Atlantic)

Don’t miss the FT Business Books picks for September, including works on the US obsession with economic efficiency and how to build courage.

What if inflation returns? While most think interest rates will remain low for a long time, Robert Armstrong examines an important factor that could upset that consensus — inflation — and what effect it would have on recent gains by tech stocks. (FT)

Video: What if inflation returns? | Charts that Count