The Trump administration said it would now require Chinese diplomats to seek permission before visiting US universities, meeting local government officials or hosting large cultural events in the country.

US secretary of state Mike Pompeo, who made the announcement on Wednesday, said the new requirements were “a direct response to the excessive restraints already placed on our diplomats” by China and aimed to provide further transparency on the Chinese government’s practices.

The decision is the latest in a series of tit-for-tat moves highlighting rising tensions between the two countries, including over trade, Hong Kong and espionage, as US president Donald Trump takes a hard line against Beijing in the run-up to the US presidential election in November.

Meanwhile, US military officials are advocating for new space weapons in a sign of their concern about China’s capabilities. (FT)

Citi becomes first US bank to win custody prize in China The licence, which allows it to act as a custodian bank and hold securities on behalf of mutual and private funds in China, allows the US bank to provide a core service to global asset managers as they rush to participate in the opening up of the country’s financial sector. (FT)

Investors brace for US election, choppy markets Futures contracts on the Vix volatility index show what some traders call a “kink” around October and November — one that exceeds previous US election years. Joe Biden and the Democratic National Committee pulled in a record-shattering $364.5m in August. Plus, the nine types of voters who will decide the 2020 election. (FT, Bloomberg)

One-third of likely voters say they are not better off financially than they were at the start of Mr Trump’s presidency. See the latest data in our economic sentiment tracker.

Charlie Hebdo trial begins Fourteen suspects in the deadly 2015 attack went on trial in Paris on Wednesday, as they face charges of participating in a terrorist criminal association. Several face potential sentences of up to 20 years, with one facing a possible life sentence. (CNN)

Airbnb turns down approach from Ackman’s Spac The accommodation booking business has spurned an approach by Bill Ackman to go public via a merger with his blank-cheque company, preferring to go forward with a traditional initial public offering, said people briefed on the matter. (FT)

Prince Harry and Meghan sign Netflix deal The Duke and Duchess of Sussex have inked a multiyear deal with Netflix to make TV shows, movies and children’s shows for Netflix. The pair are unlikely to appear on screen themselves, however. (Guardian) 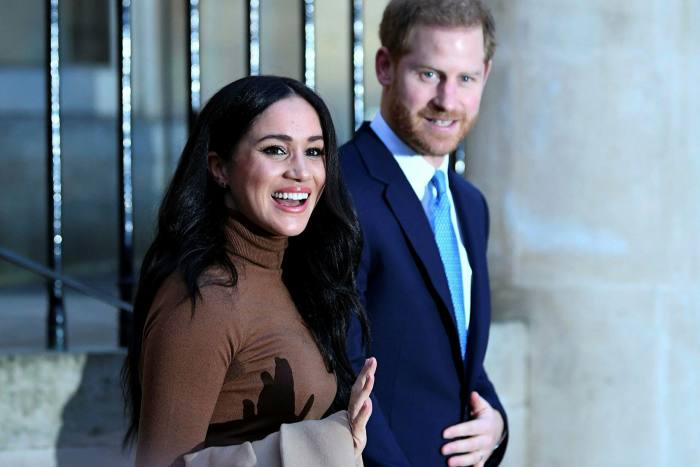 Economic data Economists on average expect positive trends in the labour market to continue when eurozone retail sales for July are released on Thursday with a 5.9 per cent rise. Service sector PMIs are also due on Thursday.

Earnings round-up In the US, Campbell Soup is likely to post an increase in sales on Thursday, helped by higher demand for packaged foods during the pandemic. Elsewhere, FTSE buyout group Melrose Industries reports on Thursday, having already taken a coronavirus hit. (FT)

Join us for ‘The New Social Contract Live’ from September 21 to 25 for a week of online discussions bringing our recent FT series on this theme to life. FT editors and experts will assess the problems and potential solutions we will confront after the pandemic, covering everything from the future of democracy and the labour market to tax reform, corporate debt and millennial discontent. Read more and sign up here.

Equity bulls spur IPO markets into action Every time you look around these days, it seems as if another big company is heading to the public markets, writes Brooke Masters. But while more money has been raised this year on the Nasdaq than for any full year since 2000, during the dotcom bubble, it has been famine in London. (FT) 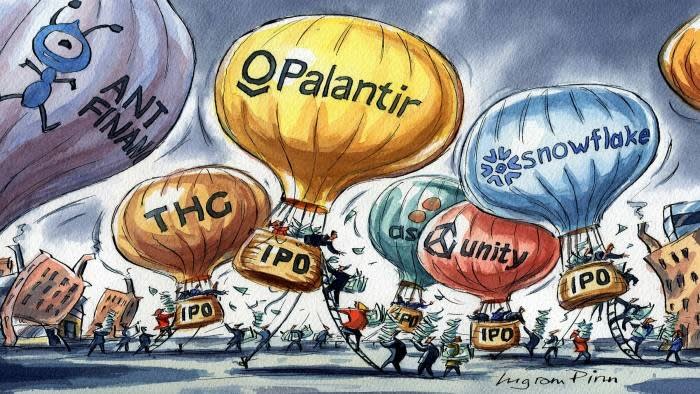 Trump has dragged Biden on to his own turf The president cannot win on public health. He might on public order, writes Janan Ganesh. What had promised to be a single-issue election — a plebiscite on the handling of Covid-19 — has spread to more familiar themes of crime and race. (FT)

China cracks down on waste to ensure food security The country’s “champion eaters” have become internet stars. But this past weekend, the state broadcaster departed from its regular programming to expose the hoaxes behind their seemingly insatiable appetites as part of president Xi Jinping’s initiative to safeguard food security. (FT) 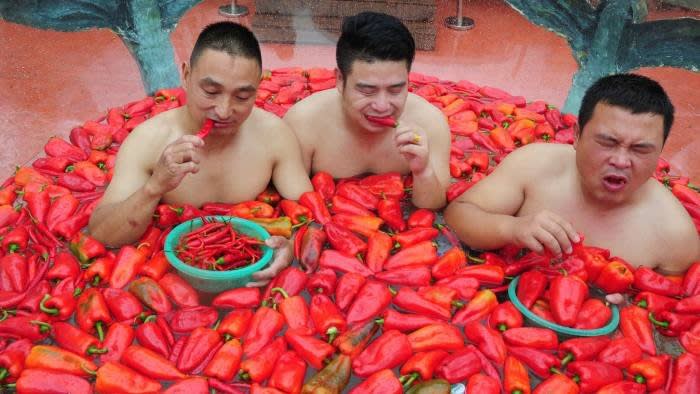 A chilli-pepper eating competition in Ningxiang, Hunan province. China’s state broadcaster has exposed the hoaxes behind some ‘champion eaters’ as part of a campaign to tackle an estimated 18 million tonnes of annual food waste © AFP/Getty

Covid-19 is spurring the digitisation of government The pandemic has spurred the adoption of online services for everything from welfare to weddings. The crisis has revealed bloated bureaucracies around the world — and their over reliance on paper. (Economist)

Back in the air, and on the road In many ways, flying may be better now than before the pandemic, writes Leslie Hook. Health standards are higher, airports are not overcrowded and, perhaps most importantly, getting on a plane can no longer be done on a whim. Here’s how to be safe on a road-trip. (FT, NYT)

New York’s bold green plans hit opposition Projects such as the 180-megawatt Horseshoe Solar on the southern fringe of Rochester underpin New York’s ambition to transform its energy system. But it is facing opposition and a tortuous planning system that threaten its target to eliminate carbon emissions by 2040. (FT)

Threat to Belarus’s flourishing tech sector Before the country’s disputed election, Nick Kaeshko had never considered moving his IT company out of the country. But after a brutal crackdown by authoritarian leader Alexander Lukashenko the tech entrepreneur — and many like him — are reconsidering their options. (FT) 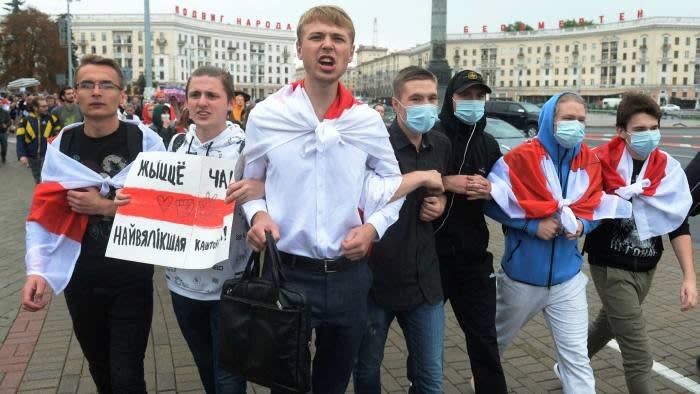 David is the FT’s US political news editor in New York. Shortly after moving to the US for his new role, Covid-19 began to spread and he quickly shifted gears to cover the pandemic as US coronavirus correspondent. Two months before Election Day, he’s back on the US politics beat. Explore David’s work by adding him to your myFT.

What will be the main storyline of the 2020 election?
The Democrats want the election to be a referendum on Trump’s handling of the pandemic. Republicans are trying to make it about law and order following a summer of protests. The inability to influence external factors in these situations will inject a huge amount of uncertainty into the race.

What has been a highlight of your quarantine experience?
The reopening of New York’s restaurants for outdoor dining was a game-changer. The city’s cramped sidewalks haven’t always lent themselves to al fresco eating, but restaurateurs have been incredibly inventive. I hope it’s something that continues even after the pandemic.

What’s the best book you read this year?
I’d love to be able to say that this was the year I finally read War and Peace, but the closest I’ve come is The Mirror & The Light on Henry VIII’s reign. I’ve also been reading a lot on US politics. Surprisingly, the best thing I’ve read on the culture wars through the ages was a book about Shakespeare: Shakespeare in a Divided America.

What’s your favourite FT podcast?
Behind the Money, hosted by Aimee Keane and produced by Oluwakemi Aladesuyi, is the best business podcast out there. The recent episode featuring Dan McCrum’s blockbuster investigation into Wirecard was exceptionally good.